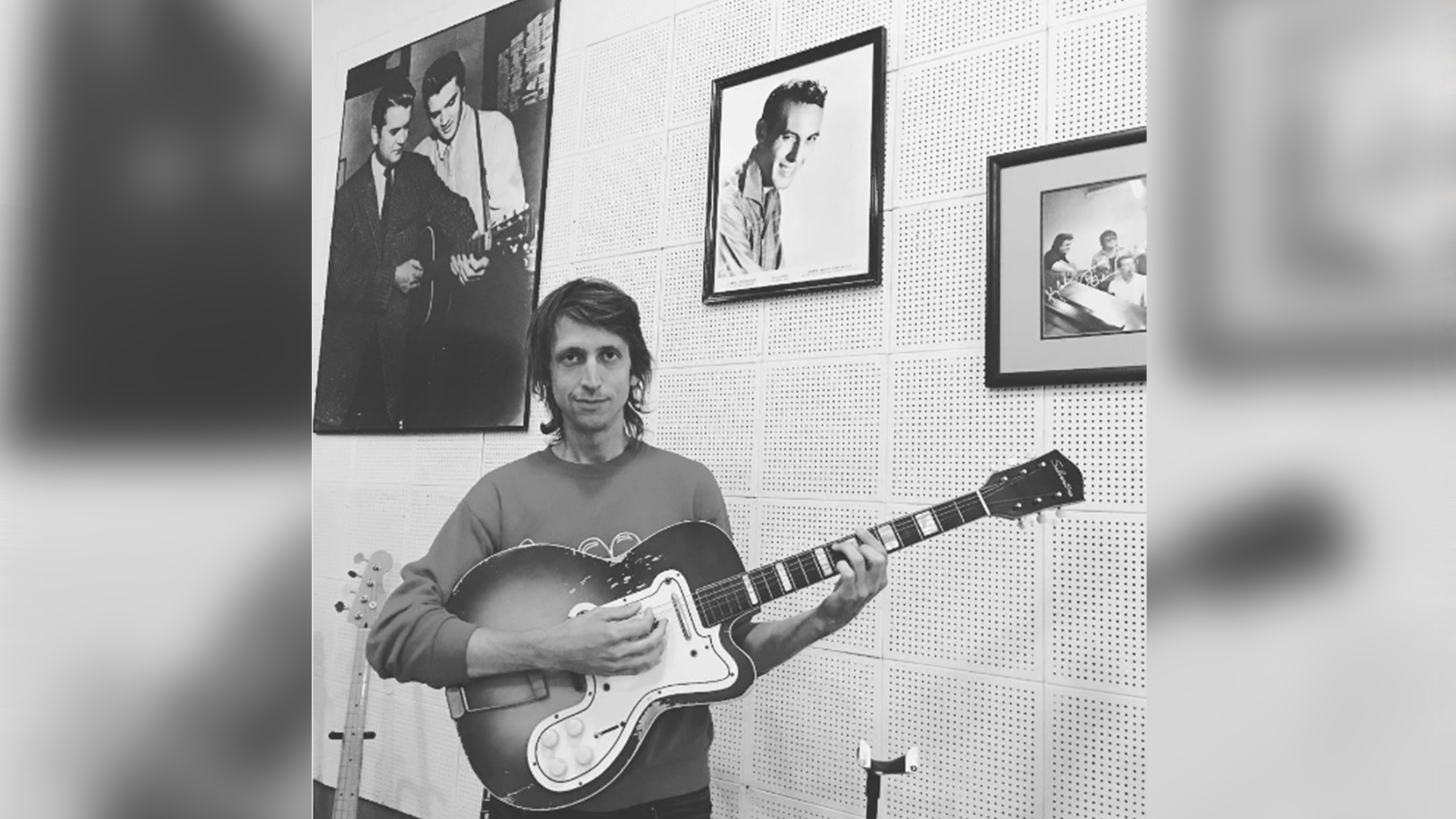 Some people find their favorite band on the radio, online, or at a festival, but classic rock visionary Luke Sweeney found me. My roommate stumbled across his record Adventure: Us in the lost & found of a club where she ran sound during SXSW 2016. She brought home a number of CDs and records whose original owners were unknown, and we listened to each and every one.

Luke Sweeney’s Adventure: Us ended up being, by far, our favorite. Sweeney’s unique take on classic rock shines with sweet sunny psych-pop, while twisted distortion and wry lyrics lurk in its shadows. He strikes a perfect balance between happy-go-lucky ear candy that begs to be listened to over and over again, creating intricate, insightful songs that demand to be mulled over until they’re understood. Sweeney’s catchy melodies and counterintuitive song structures fold together like origami, fitting just the right way to create three-dimensional, tangible, and at times breathtakingly beautiful experiences that transcend listeners to sunnier worlds.

I’ve listened to Adventure: Us so many times that the record is scratched beyond repair. When I learned that Luke Sweeney would be in town for his fall 2016 tour, I was delighted. As weekend one of the Austin City Limits Festival came to a close, Sweeney and his band loaded in at Hotel Vegas in east-central Austin.

This Sunday Oct. 2nd ✨ Luke Sweeney with be back at #HotelVegas!! Come out and say hey! Plus Al Lover✌️️

Hotel Vegas gleamed with silver streamers and red-blue lights as people milled about within its dark, dive-y interior—a cross between an old Western saloon and a tattoo parlor in an '80s B-horror film. When Luke Sweeney took the stage, the mood shifted. Those dark corners of the bar buzzed deep with bass as silver glimmers reflected kaleidoscopic guitar riffs, red lights intensified the band’s raw rock, and blue lights emanated in waves of cool, California grooves. Sweeney made dry jokes and mysterious, one-liner introductions during the set, hinting at an upcoming album and sharing a few brand-new songs. He primarily played songs from Adventure: Us, saving its single “Miss Me?” for his finale.

With the current band featuring keyboard, bass, and drums while Sweeney fronts with vocals and guitar, the San Francisco-based group typically play shows around California when they aren’t touring the US. They’re SXSW alumni, familiar with Austin’s vibrant music scene and wild festivals, and will return for SXSW 2017. The band has also played Noise Pop and CMJ, among other festivals, further proving they're a can't-miss.

In a culture of retro remakes and throwbacks, Luke Sweeney is classic rock’s piercingly bright diamond in the rough. His refreshing compositions and forward-thinking lyrics don’t rely on old tropes or underestimate today’s listeners; if anything, they encourage listeners to think for themselves, explore and grow, never stop re-imagining the status quo, and above all, get Adventure: Us.