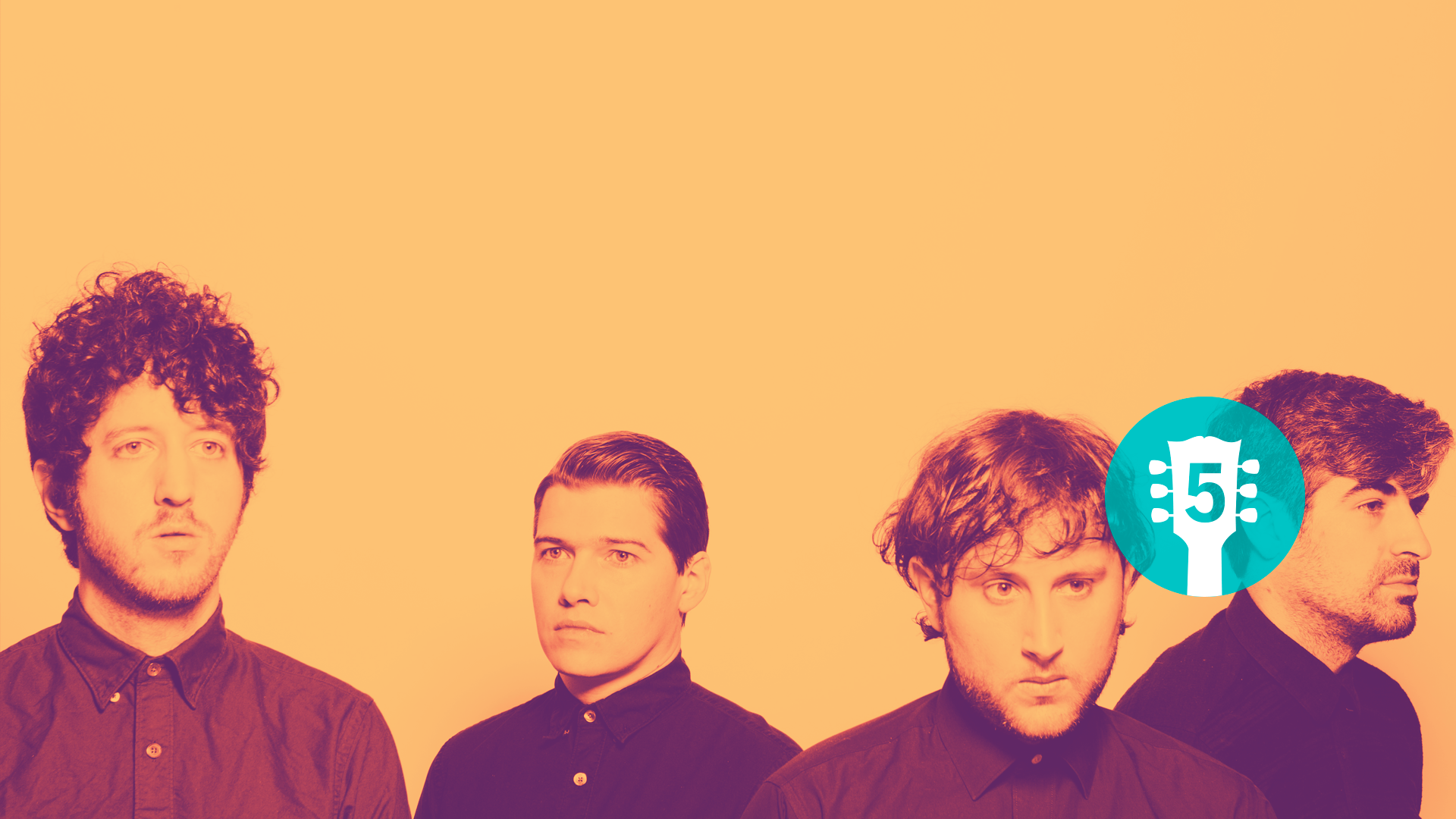 Pinpointing the sweet-spot where ambiance and dancefloor music collide, Small Black have long been one of our favorite bands since they hit the scene in 2009. Over the years, the four-piece have released three full-length albums, hit the road with Washed Out, and graced music festival stages all over the world. Basically, these guys have stayed busy.

The Brooklyn-based group’s latest LP, Best Blues, finds the electro pop group at their most honest. The project turned away from their usual light-hearted topics to zero in on loss, the people who come and go in our lives, and the memories they leave behind. The album’s main source of inspiration? The destruction that Hurricane Sandy left behind, including the flooding of frontman Josh Kolenik’s Long Island home. Songs like "No One Wants It To Happen To You" and "Boys Life" pull on your heartstrings, while still remaining impossibly upbeat and catchy.

To promote the project, the "No Stranger" creators are hitting the road with Wild Nothing for a ton of dates all over the country. No stranger to life on the road, it would only make sense then that the four-some would have their own concert conquests to attend this year, and luckily for us they’ve decided to make a few below.

Check out what shows lead singer Kolenik has on his radar, track the artists, and then make sure to track Small Black to see them when they come to your town!

We played with Sean in Copenhagen once and then he hitched a ride to Berlin with us & read us some poems. I've seen him many times in many cities and the show is always completely different. Never miss him when he's in town.

Frankie's been in most of the cool bands from Brooklyn over the past decade. Her new band is crushing it. Her songwriting always tops.

Decent post-punk bands are a dime a dozen, but great ones only come along so often. These guys have that we've-been-in-bands-together-since-high-school-and-know-each-other-intrinsically-in-and-out. Love the real energy of friends letting it go up on stage.

Seven Words has been on repeat all summer. Love the chord changes, want to hear it in a church!

This guy's whole identity, style is wild to me. I will always get down with somebody who sounds like they are crying most of the time. I wanna go see the scene at Terminal 5 for a night with this dude. New mixtape is on repeat.