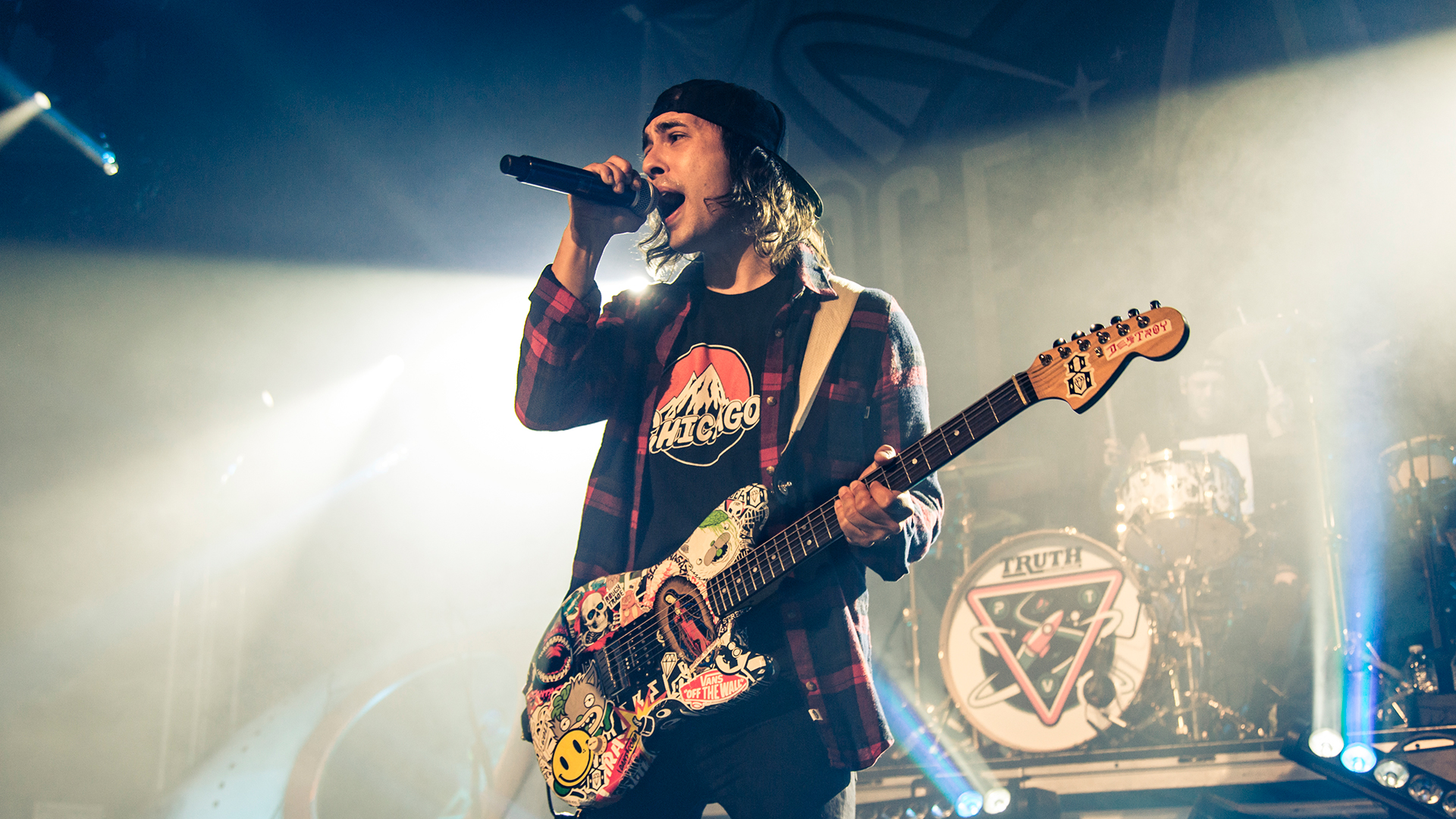 have been called post-hardcore, experimental, and even screamo—but after a quick listen to their music, it's clear that this band cannot be labeled. The California-bred four-piece got their start in 2006 with brothers Vic and Mike Fuentes, then later joining forces with Tony Perry and Jamie Preciado the following year. A decade later, the group is still blessing fans with incomparable lyrics, high-pitched vocals, and solid guitar riffs.

Their fourth album, Misadventures, which was released back in May, features tracks like “The Divine Zero”, “Texas is Forever”, and “Circles”. To promote the release, the PTV team have hit the road, playing Vans Warped Tour as well as their own headlining shows over the last several months.

We were able to catch their concert in Hollywood, California, and snap some pics for you to enjoy. Check them out below, and make sure to Track Pierce the Veil on Bandsintown to see when they’ll be performing near you!