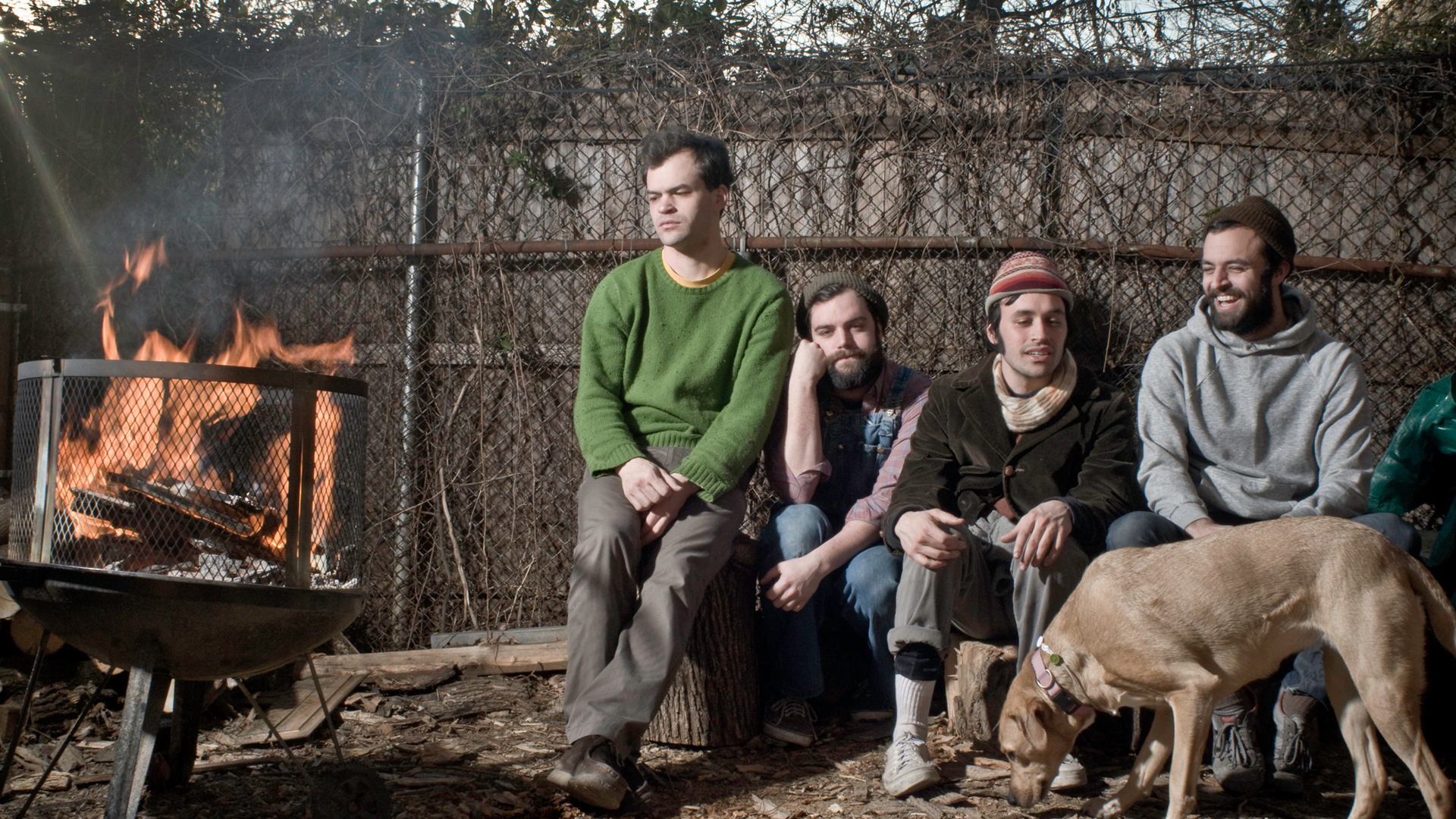 Outside Brooklyn’s Knitting Factory on a Tuesday in October, a passerby might usually see a converted church van or a U-haul hitched to the back of a minivan with peeling paint. Tonight, there sat a bus.

It stuck out like a sore thumb, an anachronism, a whale–something ripped out of a rock’n’roll folk tale. This was not the floral adorned vehicle that usually heralds the arrival of Philadelphia’s mewithoutYou–that bus broke down recently, and was something of a sad passing for the group that called it home. The band started a fundraiser for their dearly departed bus, but seem no less inclined towards the mythic lifestyle such a thing represents. When it comes to mewithoutYou, everything, right down to the means of transportation, is about the story. Whatever genre you pin to the band, and there are many that they’ve brushed with over their long career (indie, post-hardcore, folk…) they are defined by a tendency toward music that puts story first: words are paramount, impassioned shouts are never belted without cause, compositions are picaresque, and the result is often itself a transporting experience.

Currently on tour in celebration of their fifteenth year in action, mewithoutYou began their set in a way that proved an appreciation for their history. A slower, albeit powerful tune, “I Never Said That I Was Brave”, from the band’s very first record opened their performance, and was followed by a song from their latest, Pale Horses, released just last year. Immediately the four-piece reached to the furthest ends of their repertoire, attacking each tune with equal enthusiasm, simultaneously proving their artistic growth and continuity. It set the tone for a night that was undeniably retrospective, but felt more like a statement that the band is just as vital as ever.

No artist can jostle between careening hardcore and anthemic folk-rock quite like mewithoutYou, and they made full use of this particular skill throughout the evening. Melodies can call to mind bands like Interpol, Cursive, Glassjaw, and even The Beatles–groups from vastly different genres and time periods–and other songs clearly mark the impact the group has had on newer acts like La Dispute. Whatever is happening, no matter how seemingly discordant, mewithoutYou has a way of bringing things together. This is owed in great part to the musicianship, but perhaps most to vocalist Aaron Weiss, whose dense lyrics and stirring delivery make him an entity unmatched. Slow builds like “Messes of Men” brim with emotional eloquence, while “Four Word Letter (pt. 2)” exudes fevered poetry, some of it borrowed directly from old American folk hymns. Of course it’s difficult to understand every lyric, but luckily the band’s devoted fans were out in force, doing all they could to sing along with every carefully placed word.

Weiss would often reach for an acoustic guitar, or an accordion, or simply spin into and move about the crowd. Each move, whether soft and measured or sudden and ferocious, felt perfectly in line with the band’s character. Deep cuts like “Be Still Child” were hammered out with tempered delirium alongside songs like “Cattail Down” that feel more like sing-alongs before a nap-time where the sleep might be plagued by fever dreams. Clutches of flowers were periodically fastened to microphone stands until the stage resembled some serene but foreboding garden. Few bands can move a room so effectively, and with such a wide array of musical tools.

Weiss was joined by a friend from the crowd for a rendition of “Yellow Spider”/”Orange Spider”/”Brownish Spider” before the band re-emerged to bring the night full circle with, and you may have guessed it, “All Circles”. Nearly twenty songs were played, representing every corner of the band’s rich catalogue. As they continue on, borne on that beautiful sore thumb of a bus, it is clear that there is no stopping them from telling their long, storied tale and that it will (thankfully) continue to unfold.