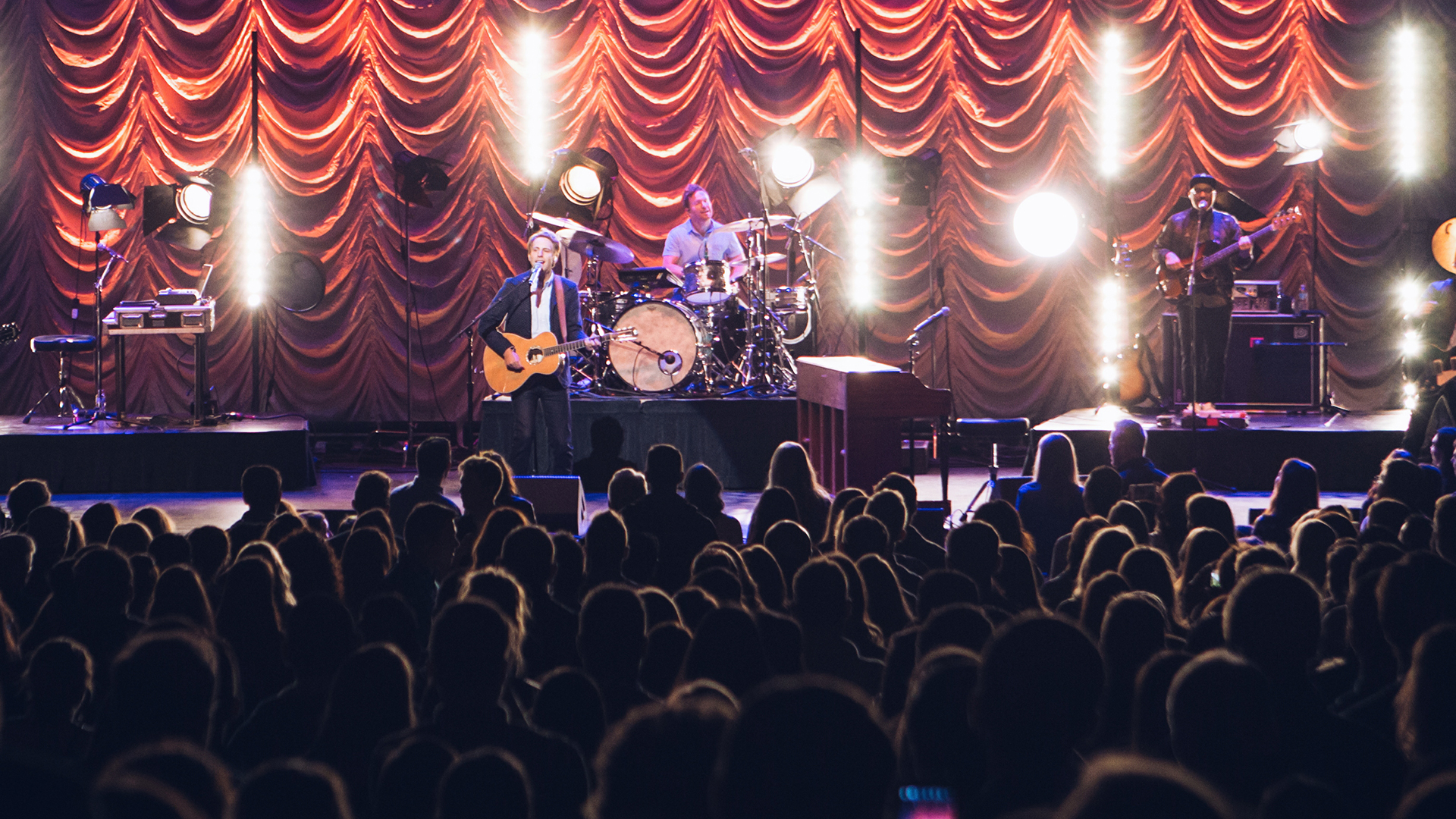 Any performer who pauses their show mid-set for a “Cha Cha Slide” dance party is a legend in their own right. The singer-songwriter guilty of said act? Ben Rector, the Nashville-bred musician who can’t help but get crowds on their feet during his live shows.

We got to witness the madness firsthand at the Chicago Theatre on October 21, which also happened to be one of Rector’s last stops on his headlining The Biggest Tour I Have Done So Far Tour (yes, that’s really what it was called). Playing songs from his latest album, Brand New, as well as classics like “The Beat” and “Let the Good Times Roll”, the pop-rock performer made sure to keep fans from every end of the spectrum satisfied.

Although the tour wrapped in Minneapolis in October, fans of the “When I’m With You” songbird will be elated to find out that he’s set to perform at the Macy's Thanksgiving Day Parade in New York City on November 24. Make sure to tune in, and don’t forget to Track him on Bandsintown so you don’t miss him when he's in a city near you!