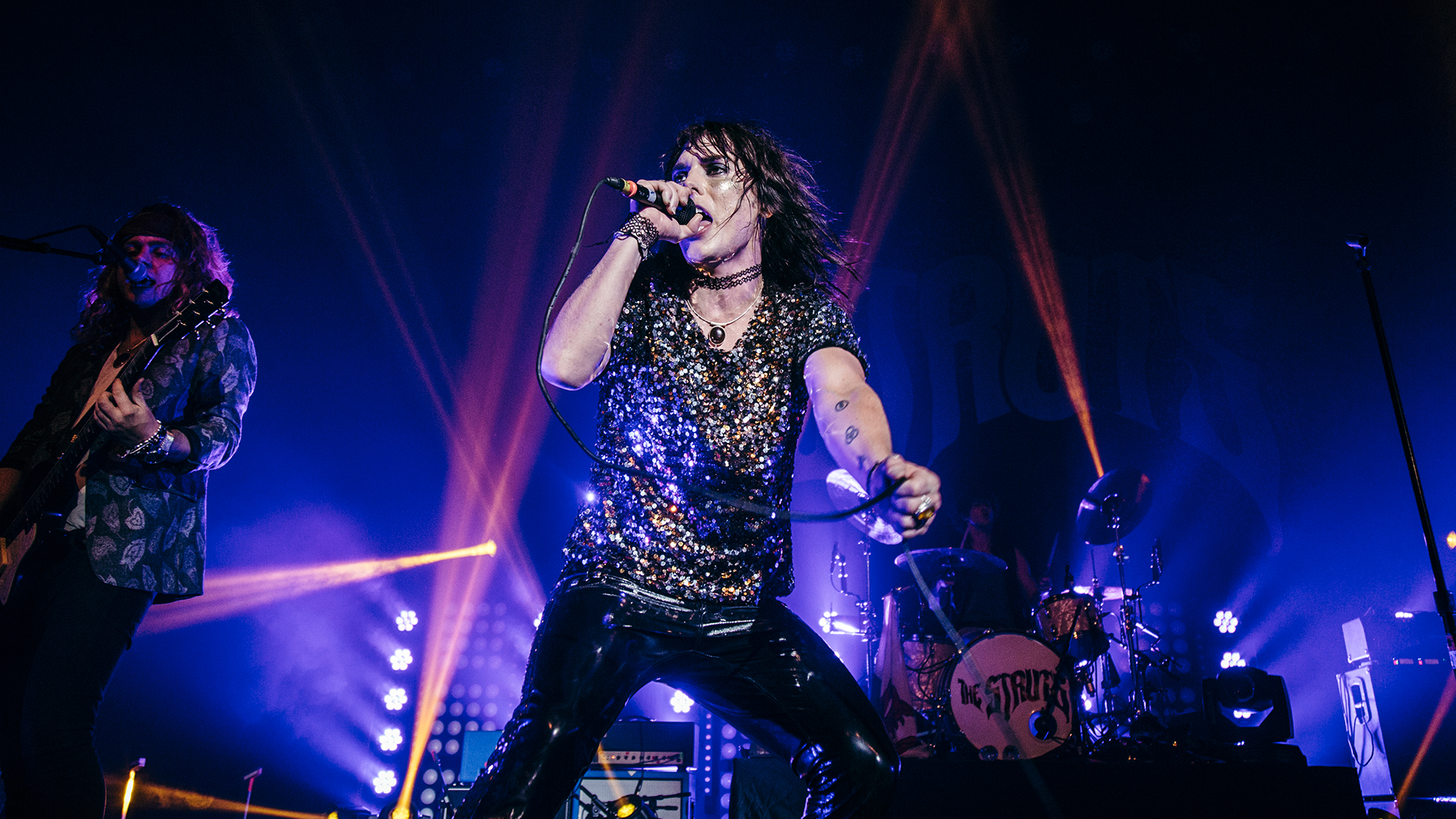 A diverse crowd filled with people of all ages came together the night of November 3 with one thing in common: their love of rock’n’roll. Knowing this, UK-based band The Struts, was determined to put on a show that brought the audience electrifying energy, eye-catching visuals, and of course, the classic rock sound we’ve all missed dearly.

The four-piece recently released their latest album, Everybody Wants, which includes their popular singles, “Dirty Sexy Money” and “Only Just A Call Away”. Thankfully, the band brought their unique sound and charismatic stage presence to North America, and we made sure to catch one of their first shows of the tour in California.

The show was opened by fellow rockers and The Hunna, who pumped up the crowd before vocalist Luke Spiller, guitarist Adam Slack, bassist Jed Elliot, and drummer Gethin Davies of The Struts hit the stage. Their first song, “Put Your Hands Up”, was an appropriate choice as it brought the entire theater to their feet instantly. Amidst Spiller’s numerous (but very rewarding) wardrobe changes, the musicians played enthusiastic instrumentals which included guitar, bass, and drum solos, shwing off the talent of each band member.

The best part of the concert? Hard to say, but the confetti cannons and the fast-moving, bright light show definitely added to the old school rock’n’roll vibe that we were all hungry for the minute we walked into the Fonda Theatre.

The Struts are still on tour, so make sure you track the band after checking out these amazing pics we took at their California show.