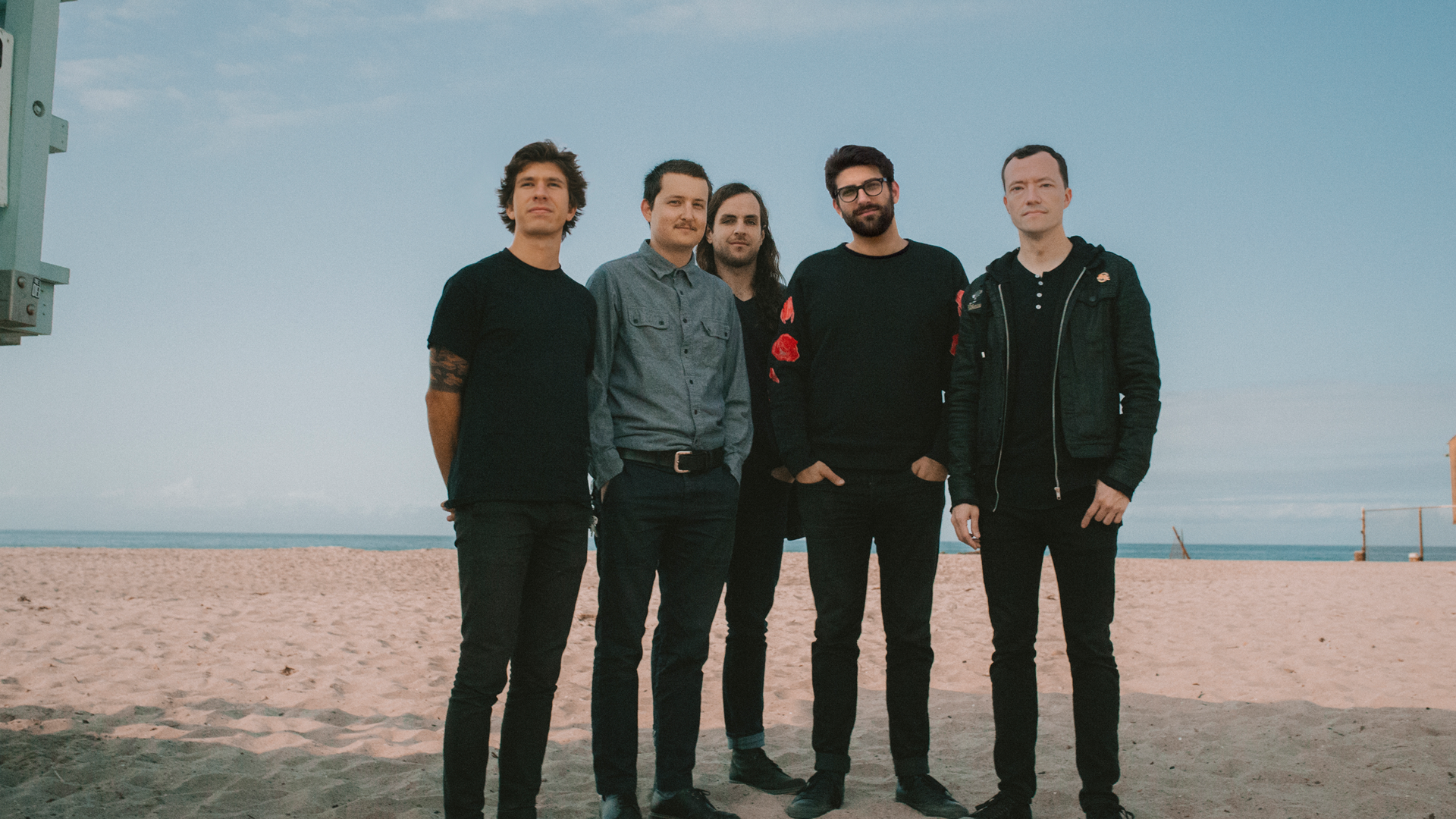 Touché Amoré is a melodic post-hardcore quintet from Los Angeles that has been making artful music with deeply personal and confessional vocals for nearly a decade. This year saw the release of Stage Four, the band’s most moving and inspiring work to date. While never shy about their influences, TA have managed to carve out a place for themselves in emo and punk rock history with a sound and drive that is entirely their own. Their albums are not merely sad, but offer insight into dealing with issues that plague us all. They are dark and angry, but equally cathartic and uplifting in their messages of hope and fellowship in the face of fear and doubt. Stage Four chronicles the grief of lead singer Jeremy Bolm’s losing his mother. Unreserved emotional cries for help, regrets, and eventually hope and love that supersede all pain chart the course for an album that reminds us of the power of music as a narrative form. TA’s work up to this point in their career has been noteworthy, but this latest effort is nothing short of a triumph.

And if you think that’s all well and good, just wait until you see them live.

True to their hardcore roots (they still play the odd house show), TA places emphasis on touring, and have been on the road almost non-stop since before the release of Stage Four. On this most recent run they’ve placed precedence on visiting towns they’ve been to rarely, if at all, and have brought along Minnesota’s Tiny Moving Parts, another important name in the latest wave of emotionally charged music.

Last night we played in Morgantown WV. It was the last of the 50 states we hadn't played. Mission accomplished!! 📸: @noahdiemler

Tiny Moving Parts took the stage at House of Independents, a fairly new establishment in Asbury Park, New Jersey, and lit the place up with their signature exuberance. Though their music, a combination of pop-punk and melodic math rock, is riddled with tales of doubt and insecurity, they are one of the happiest bands you’ll ever see. Vocalist Dylan Mattheisen has a smile perpetually plastered on his face, even when screaming his lungs out about the dark clouds above his head. His cousins, William and Matthew Chevalier (drums and bass respectively), round out a trio that moves with immense precision, navigating their complex, tight, and catchy tunes as a perfectly synchronized unit. TMP manage to make exceedingly emotional music a joyous experience, something better suited for reveling than wallowing.

Tonight in Asbury Park, NJ at House of Independence! Doors at 7pm!

Touché Amoré took the stage and dove headfirst into the first track from their new record, “Flowers and you,” a song about trying to keep up appearance and look strong when suffering a loss. It is the perfect way to begin, both an album and a show, for a band that hides nothing from its listeners. The bright fender tones of their guitars, and thrashing hammering drums, and especially Bolm’s powerful words so passionately delivered, all contribute to the band’s core belief in honesty.

The average running time for a TA song is under three minutes, and as such their sets feel like marathon sprints. They dash through their back catalogue, though leaning heavily on their newest material, and pair songs from past and present with acrobatic dexterity, and impressive stamina. It is the rare hardcore vocalist who can match album performances, and Bolm is that even rarer breed of performer who surpasses himself in that regard. You can hear him place his entire being behind every word. It’s enough to make the hairs stand up on the back of your neck.

The band blends art rock into hardcore with a fluidity and ease that is the envy of their contemporaries. Drummer Eliot Babin is like the feral reincarnation of Keith Moon, bashing away at his kit with graceful disregard. Nick Steinhardt’s shimmering leads elicit scenes of palm trees and thundering waves, forming the perfect backdrop for Bolm’s lyrics. Tyler Kirby will echo Bolm’s lyrics or fill in spaces with his own powerful screams, adding to the notion that this approach seems almost closer to spoken word poetry than anything one might expect to find on a “screamo” record. Across the board, Touché Amoré are setting a standard not just for their genre, but for performers of all stripes.

The setlist featured songs from all four of the band’s full length albums, as well as cuts from their various splits with other bands. Though the narrative of Stage Four is powerful, none of the band’s prior material lost its own urgency, and often even added to Bolm’s latest message. New songs like “Eight Seconds,” telling of how Bolm was onstage performing with the group when he received news of his mother’s passing, are only made more powerful by tracks from 2011’s Parting The Sea Between Brightness and Me, like “Home Away from Here”, a song about the dark and light of touring, and “The Great Repetition”, which deals with the inherent struggle and cry for attention in performing. While Bolm may be defying odds by letting more and more of himself pour into TA’s music with each effort, his commitment, and that of his band mates, has been there all along. That is precisely what makes Touché Amoré such a special, and indispensable act.

The band ended their set with a moving encore, performing their slow burn, “Non Fiction,” from 2013’s …Is Survived By, and finishing the night with “Gravity, Metaphorically”. This last powerful song ends with a repeated incantation of lines like: “It was the first time in a long time that I felt alive. At least I tried.” By ignoring labels like “emo” and words like “revival,” Touché Amoré have managed to commit to making compelling, emotionally potent, and movingly honest music that challenges anyone within hearing distance to choose anything but life.