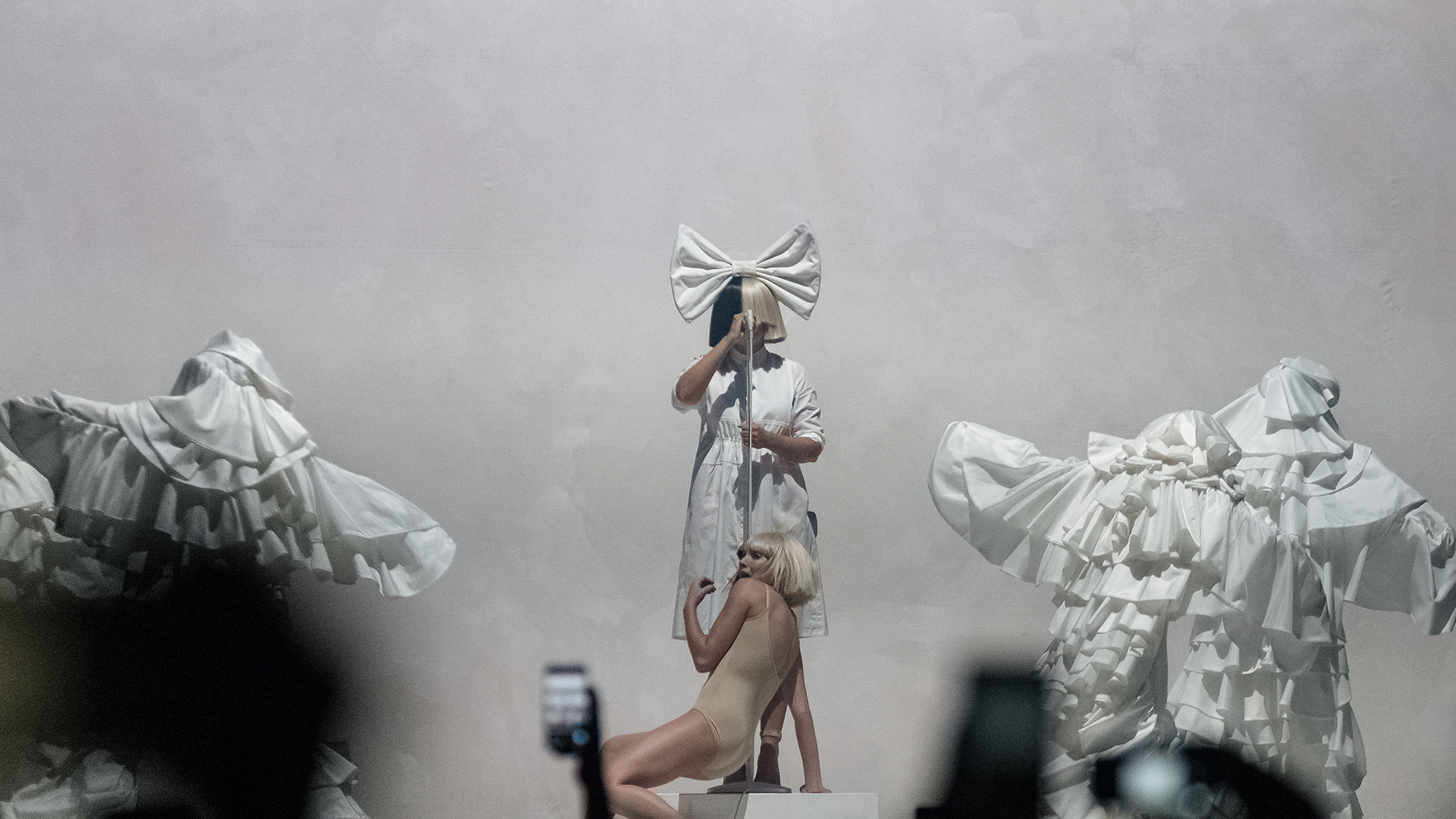 “I feel the love, feel the looove,” exclaims Sia on her masterfully crafted 2014 hit, “Chandelier”, a song which has been streamed over 540 million times on Spotify to date, (NBD). These lyrics, though used to describe a party girl’s out-of-control lifestyle, also perfectly sum up being an audience member at one of Sia’s concerts.

The singer-songwriter’s shows are not just concerts, but experiences. Letting her powerhouse vocals speak for themselves, the “Cheap Thrills” songbird stands at the rear of the stage, as her troupe of dancers (including 14-year-old dance phenomenon Maddie Ziegler) embody the lyrics, acting them out in real time as the popstar belts them out.

Choreographed by the always impressive Ryan Heffington, the production is an emotional rollercoaster that walks the line between theatre, performance art, and musical.

We got the chance to see Sia’s traveling masterpiece when she brought her Nostalgic for the Present Tour to Austin’s Frank Erwin Center on November 6. As the last stop on her 23-date tour, everyone involved gave 110-percent. Check out our photos from the concert, and make sure to track her on Bandsintown so don’t miss her next time she comes to a city near you.