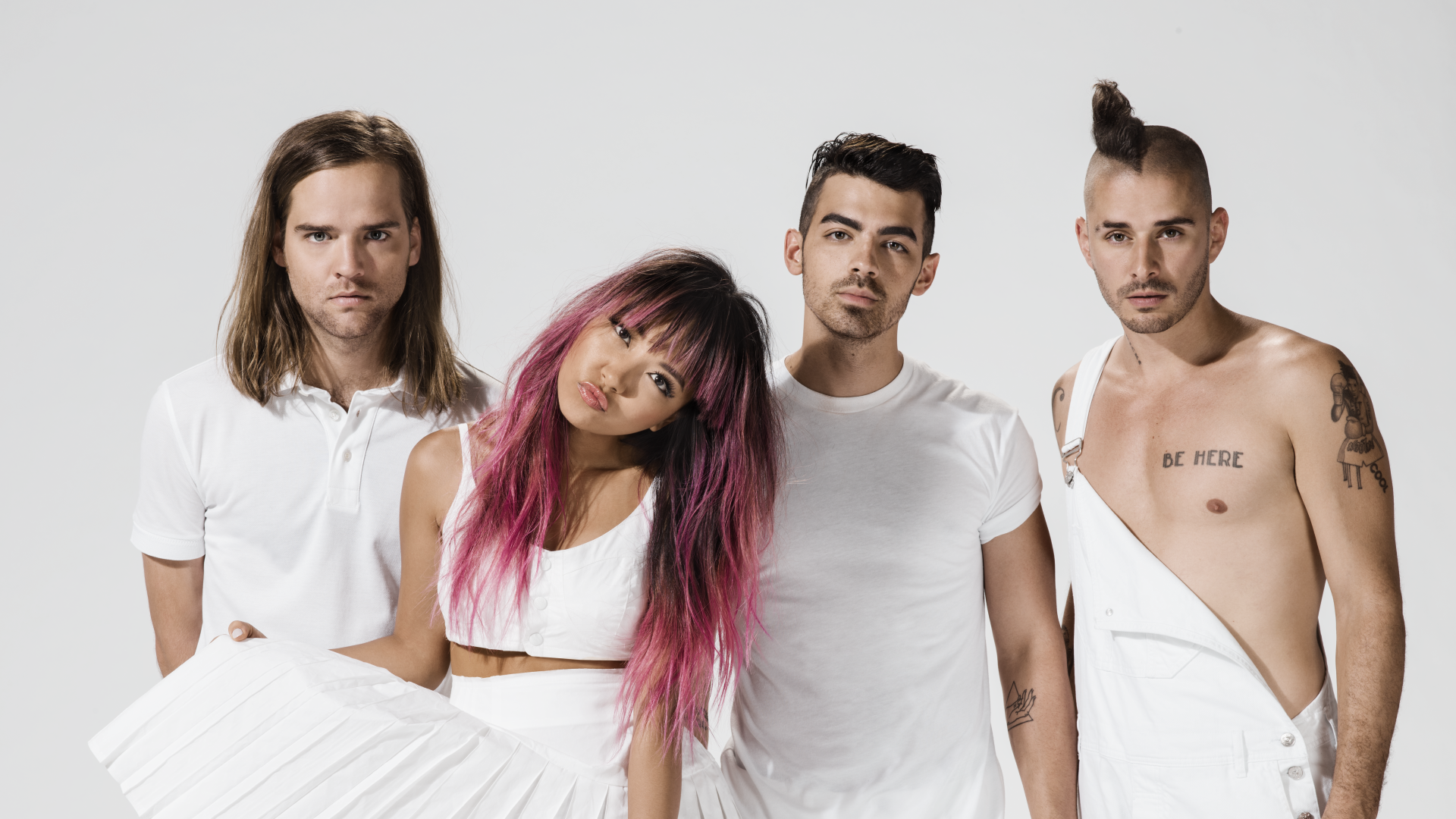 DNCE is a pop rock powerhouse—and soon to be your new favorite band. Since their 2015 debut, members JinJoo Lee, Cole Whittle, Jack Lawless, and lead singer Joe Jonas have been busy to say the least. The eclectic foursome first grabbed our attention with their highly successful 2015 EP, Swaay, featuring the smash radio singles “Cake By The Ocean” and “Toothbrush”.

Since then, they've only continued to build up a reputation for being the life of the party. The “Pay My Rent” performers have just released their self-titled debut album, DNCE, which you can buy here. Not only does this mean that the rockers are blessing us with new music, but they’ve also announced that a 2017 headlining tour will be making its way around North America. I’ve already gotten my tickets, so here’s a few reasons why you need to as well when they come to a venue near you. Make sure to track DNCE on Bandsintown so you don’t miss them in your city!

1. They have the coolest show intros.

damn i want to see them live so bad this is so cool @DNCE pic.twitter.com/D4oSVhzQzE

When you casually make a cardboard cutout of yourself to take to the @DNCE show. @joejonas pic.twitter.com/9xJehXfPez

LMFAO I LOVE HOW @DNCE HAS A HARRY CUTOUT @joejonas pic.twitter.com/EBdQbyP6hn

4. You’ll have way too many options for your post-show pic collage.

@colewhittle it was great to stand in front of you all night on Monday!thanks for giving me your guitar pick. ❣🎸🎤👶🏼 pic.twitter.com/X88wkX6hJw

6. They’ll turn your unsure BFF into a fan instantly.

#TEAMDNCE is the best fandom I've ever been.. I'm not going anywhere guys! @DNCE I got your back 💕@joejonas #BESTPUSH CONGRATS! 🎉

8. There's a chance you'll get to decide what the band does before their set.

TWITTER YOU'RE DECIDING OUR DAY!! GRABBING COFFEE NOW... SHOULD WE..

9. You could spend your entire savings (you need merch, tickets, upgrades, snacks), but we're all in this together.

11. You’ll leave with your face melted.