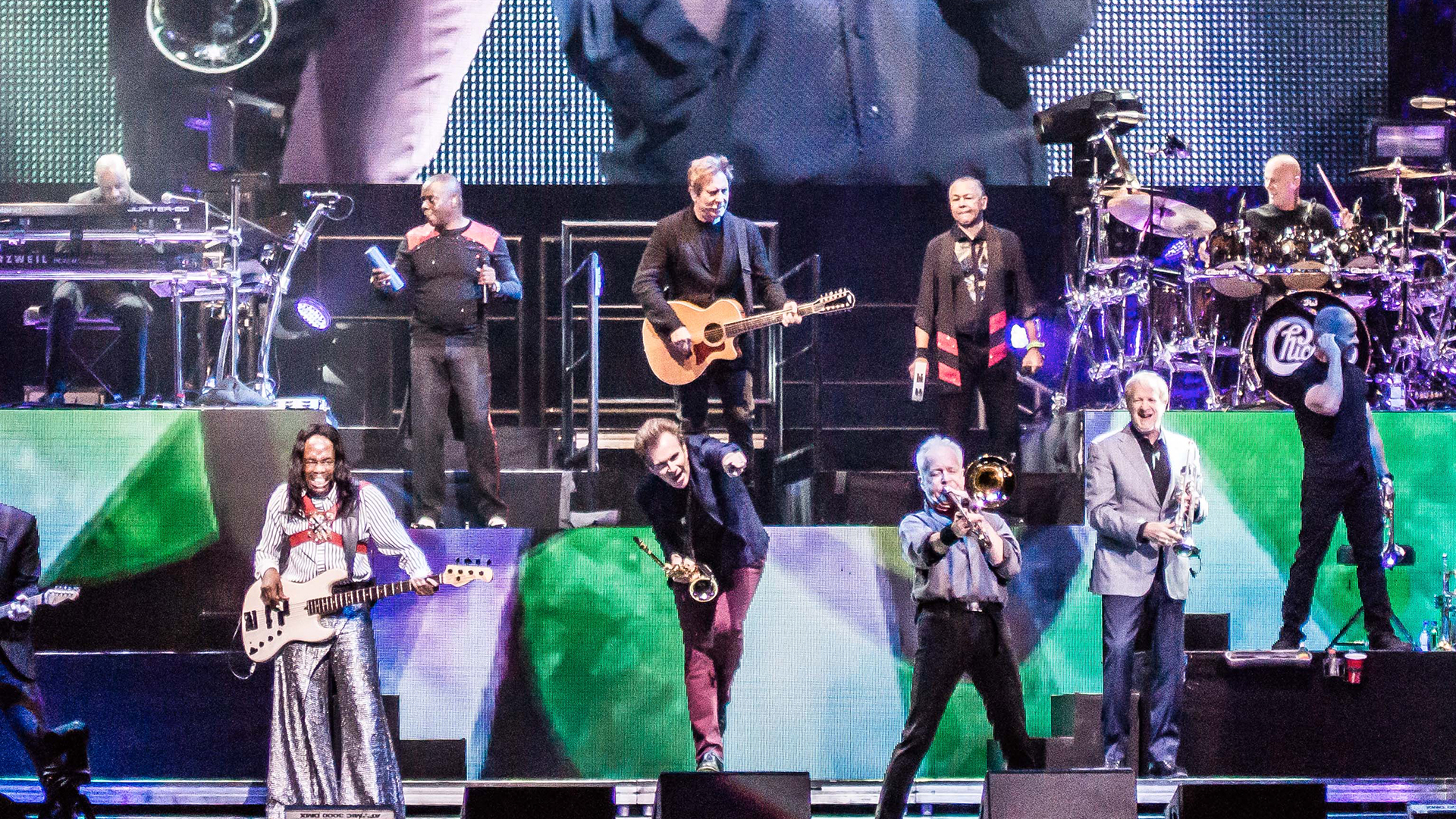 If it ain't broke, don't fix it—that's the mantra that both Earth, Wind & Fire and Chicago have seemingly adopted since teaming up for their first co-headlining tour back in 2015. The two legendary bands' third run together, appropriately dubbed, Heart And Soul 3.0 Tour, was the first time that the unforgettable show was brought to a slew of Canadian cities in addition to the US dates. From Montreal to Winnipeg to Vancouver, the Chicago-bred groups brought the funk to fans all over the northern nation.

We got the chance to see both bands in Edmonton, Alberta, where they opened the show together with Chicago's epic hit, "Beginnings". Trumpets, sequins, saxophones—it was all there, folks. Both groups proceeded to play their own, unforgettable sets, before linking back up onstage afterwords for a joint-encore including classics like "September" and "25 or 6 to 4". Check out our photos from the show below, and make sure to track Earth, Wind & Fire so you don't miss them when they bring the heat to a city near you.