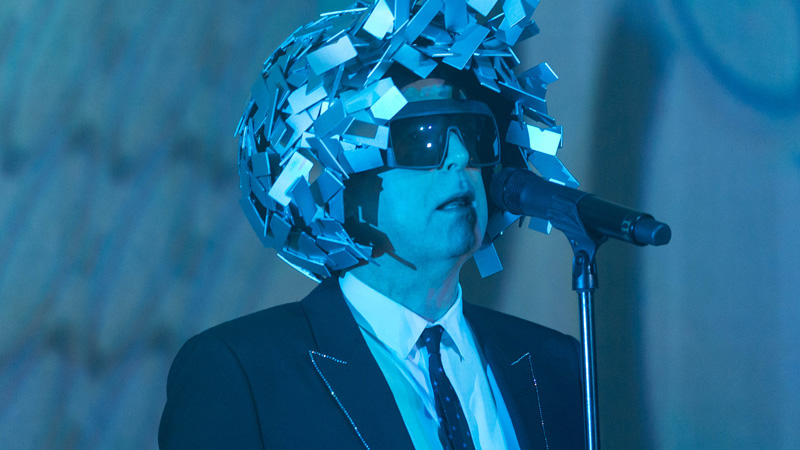 Pet Shop Boys are a force to be reckoned with. After making their way onto the music scene in 1981, the British electro-pop duo have proven that they're here to stay, releasing hit after hit ever since they banded together. Giving the pop scene introspective and infectious songs like “What Have I Done to Deserve This?”, “Rent”, and “Always On My Mind”, it’s no wonder why the pair is still able to maintain their relevance after all these years. With a passion for creating dance music that transcends decades, these guys have gathered fans from almost every age group, so when we headed out to see them at Chicago’s Civic Opera Theater on November 5, we saw fans from all walks of life ready to enjoy the show.

Fans were in for a treat when the duo took to the stage. Colorful stage visuals reflecting the artistic elements of their recent album, Super, dominated the backdrop, featuring vibrant circles dancing across the screens. Lead singer Neil Tennant joined by synth keyboardist Chris Lowe delivered a setlist that consisted of a whopping 24 songs, spanning 11 of the 13 albums that they’ve put out over the past three decades. Songs like “Love Comes Quickly”, “Domino Dancing”, and “It’s A Sin” had fans feeling as if the ‘80s never left, while their encore of “The Pop Kids” brought them back to today’s dance music. Seamlessly combining the old and the new, this Pet Shop Boys concert was one that we we're glad we didn’t miss.

The British pop duo will be taking their Super tour overseas and will be making stops in the UK, Germany, France, Russia, and Denmark in 2017. To find out when they’ll be making their way back to the states, be sure to track Pet Shop Boys on Bandsintown to never miss one of their live shows!