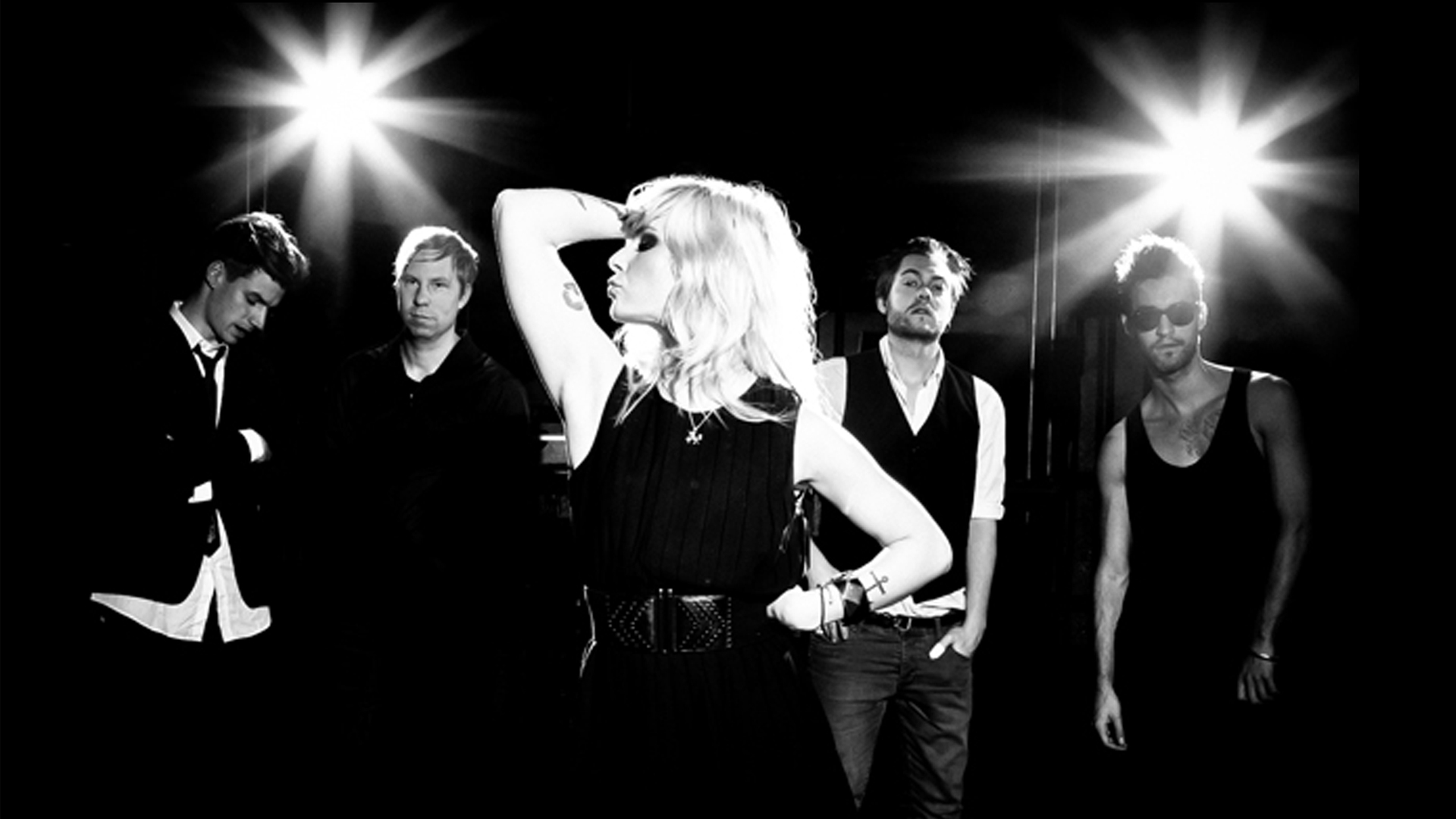 Although The Sounds last album was released in 2013, the Swedish rockers have no signs of slowing down. In fact, the quintet—Maja Ivarsson (vocals), Felix Rodriguez (guitars/vocals), Johan Bengtsson (bass), Jesper Anderberg (keys/guitar/vocals), and Fredrik Blond (drums)— are currently celebrating 10 years as a band by touring to perform their second studio album, Dying to Say This to You. Still hitting cities like Philly, Austin, and LA, the 10th anniversary tour, which features openers My Jerusalem and Zipper Club, will run through the end of December and includes two shows in NYC: one tonight at Warsaw in Brooklyn () and one tomorrow at Irving Plaza ()!

Don’t miss your chance to hear tracks like "Song with a Mission", "Painted by Numbers", and "Tony the Beat" performed live!

1. Bottled Water - I know it seems like a very basic thing, but if you don't have this, you got nothing.

2. Coffee - Upon arrival this is usually the one thing both crew and band asks for, and without it there will be lots of grumpy people.

4. Wifi - Good wifi is hard to come by but something of a must these days.

5. Snacks - Unfortunately, we all want it but wish we would eat less if it.

6. Fruits and smoothies - You might have some or you might not, but just having that stuff around makes you feel healthier .

7. Food - A nice dinner or some good recommendations on where to go makes everyone in a better mood.

8. Towels - You can never have enough towels. They're useful for so many things, just ask any galactic hitchhiker.

9. Something local - It could be beer or candy or whatever, just a little something that makes everyday feel different than the day before. And it's fun to try new things as well .

10. Socks - Yes we have 5 pairs of black socks on the rider, never underestimate the power of clean socks after a show.

10 Restaurants To Try While On Tour

The 10 Essential Movies To Have In The Tour Bus

Soundcheck for tonight's show at the legendary Fillmore in San Francisco!!