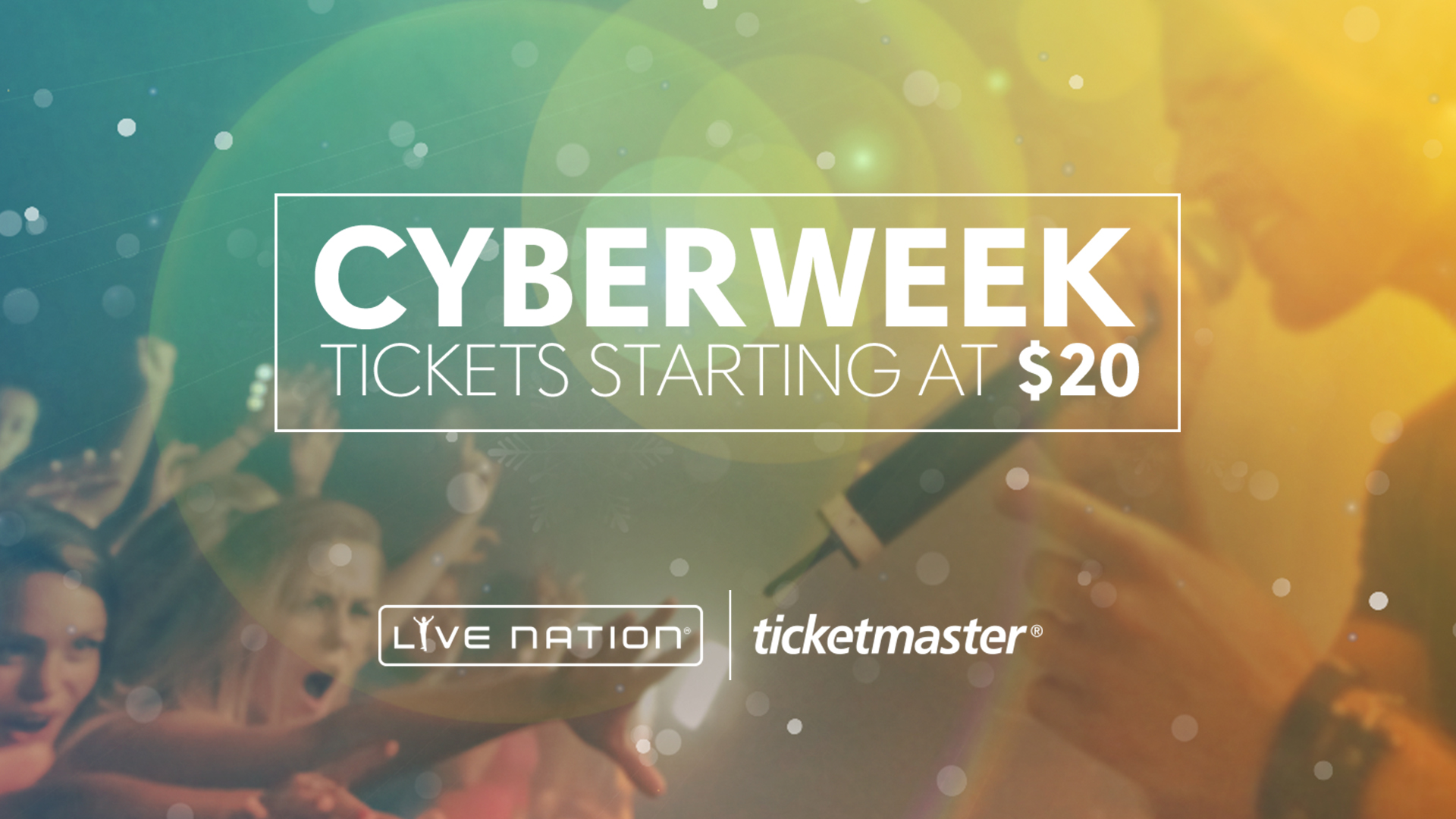 Besides hunting for the best winter boots, vacation swimsuits, and the coolest new technology, one of the best things you can score tons of this Cyber Week are concert tickets!

Ticketmaster has the ultimate offer on concerts you have to see in 2017. With tickets starting at $20 + fees, you can check out live performances from Ariana Grande (with support from Little mix and Victoria Monet) on her Dangerous Woman Tour, Bon Jovi (touring in support of new record This House is Not for Sale), and so much more. See below to get the awesomeness while you still can since offers are valid for a limited time only and while supplies last for participating Live Nation shows in US & Canada through Wednesday, November 30 at 10 p.m. (ET).

Whether the tickets are a gift for yourself or someone you love this holiday season, these are the stocking stuffers and digital presents you can't pass up.

Ariana Grande's Dangerous Woman Tour is one of the most anticipated of 2017. In honor of her latest album, which the tour is named after, the "Side to Side" popstar is bringing her insane vocals to 58 concerts next year.

With one of the biggest tours that's sure to sell out, you definitely don't want to miss your chance to see her with tickets starting at $20 + fees! Even better? UK girl group Little Mix (yes, the group who won The X Factor UK and has been stealing hearts ever since) and singer-songwriter Victoria Monét (whose track "Better Days" features the "Into You" singer herself) will be opening the show. Don't miss your chance to see this girl power tour while you still can.

With his new album, This House is Not For Sale, Bon Jovi's got six No. 1 Billboard 200 chart albums under his belt. The proud New Jersey native's anthemic hits like "It's My Life" and "Livin' on a Prayer" have been sing-a-long staples for three decades. Not his first rodeo, you can expect to hear everything from old fan favorites to Bon Jovi's newest tracks when you grab a ticket to see him live next year. Hitting cities like Tampa, Nashville, and Las Vegas, this tour is one you have to catch.

"7 Years" is one of those singles that you hear everywhere–from the corner store to the radio to TV commercials. Lukas Graham, the Danish four piece (fronted by Lukas Forchhammer) behind the single exploded onto the scene last year and have been unstoppable ever since. Basically touring every day this year and next, you'll have plenty of chances to check out the "Mama Said" soul popstars live, and for an epic price.

If you're anything like us, you're not only obsessed with live music, but you're also obsessed with Game of Thrones. As if being able to binge watch the hit HBO show online whenever, wherever, forever, wasn't enough, the show's composer, Ramin Djawadi, will be bringing music from GoT along with an 80-piece orchestra to arenas everywhere (think Boston, Houston, LA, and 25 more cities) next year.

Whether or not gospel music is your thing, we're pretty sure supporting St Jude Children’s Hospital is! This holiday season, snag some tickets to a show that will also benefit others—because that's what the season of giving and gifting is all about. The Worship Tour: We Are Here is one way to spread the joy. Traveling around North America, the tour will bring hits like Travis Greene's "Intentional", Jonathan McReynolds' "No Gray", Anthony Brown & group therAPy's "Worth" to a city near you—and for a good cause.