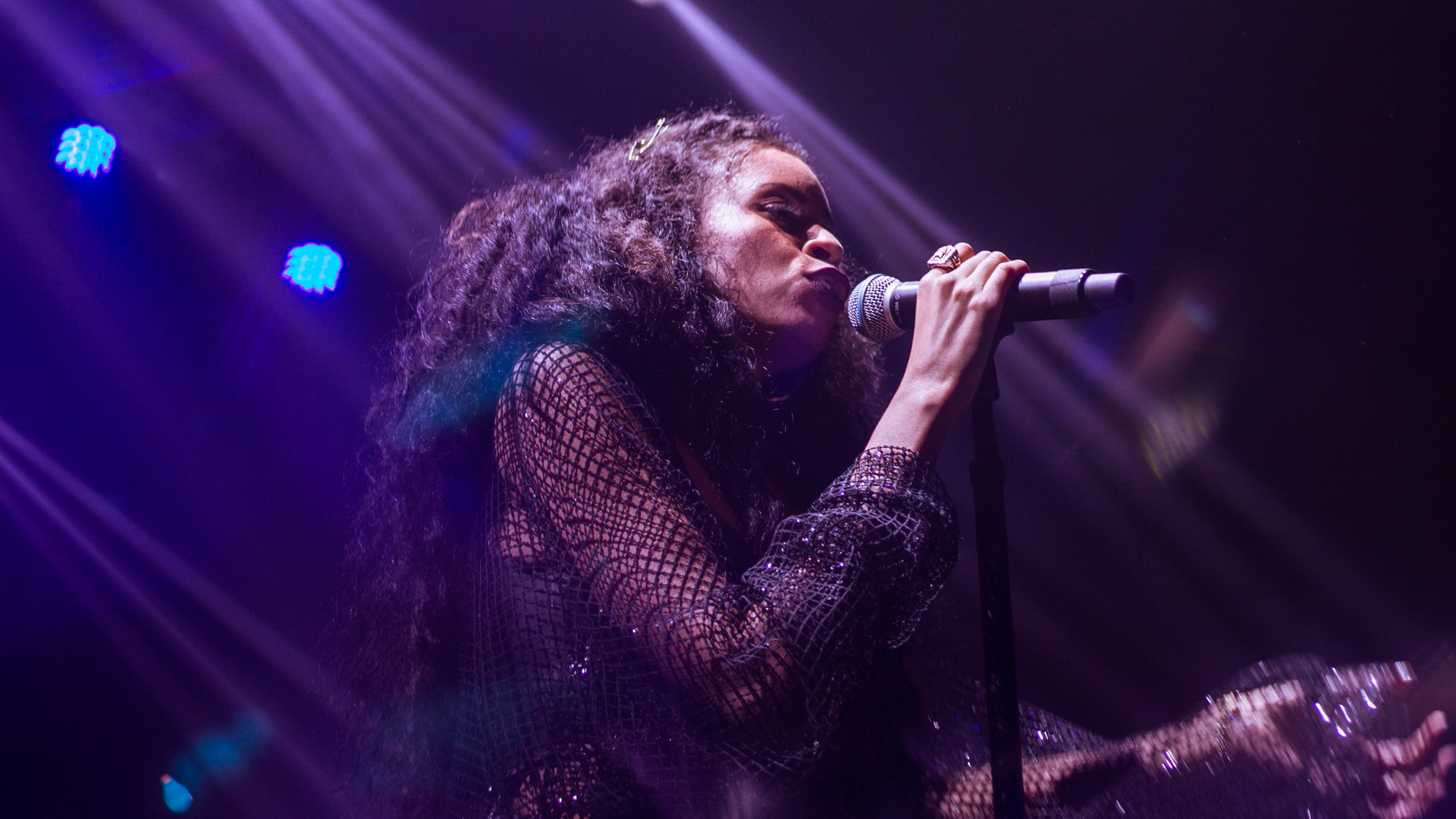 If you’re like us, you’re totally obsessed with AlunaGeorge right now. The music duo, made up of Aluna Francis and George Reid, has been taking over the electronic music scene since their start in 2011. Francis and Reid originally met on the internet in 2009 after realizing that they were huge fans of each other’s existing musical projects, leading to their collaboration, AlunaGeorge, where Francis is responsible for vocals and songwriting, and Reid takes on the instrumentation and production.

Their most recent album, I Remember, came out this past September, and it completely blew us away. The album includes incredible tracks like “Not Above Love”, “I’m In Control” featuring Popcaan, and the ZHU-assisted, “My Blood”. Their vision of the album was to tell true, human stories, and they’ve definitely captured our attention by doing so.

We were obviously so excited to catch the “Mean What I Mean” duo at Red Bull Sound Select Presents: 30 Days In LA. Check out our photos below to get in on the fun, and make sure you’re tracking AlunaGeorge on Bandsintown so you don’t miss them when they hit a city near you.