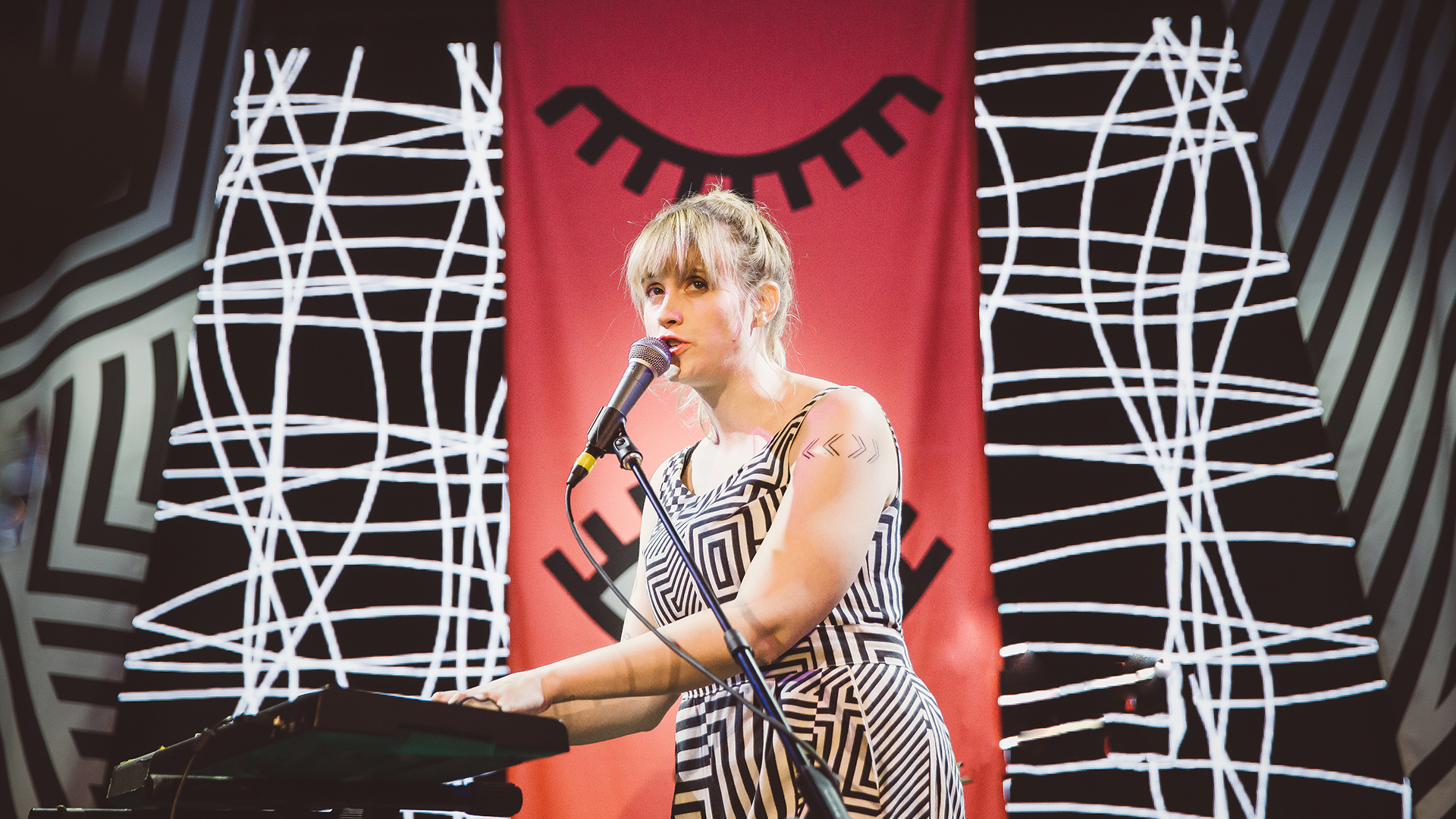 If you haven’t already heard of the multi-talented musician Jenn Wasner, lead vocalist and guitarist of successful alternative folk band, , then get ready to be blown away by her captivating voice, charming personality, and incredibly awesome attire (which usually matches her electric guitar). Wasner shows off her piano, guitar, and vocal skills through her numerous side projects, like the 2013 release of Dungeonesse, a collaboration with Jon Ehrens of and .

In her most recent project, Jenn Wasner goes by the stage name, , and after hearing all 12 songs on her album, If You See Me, Say Yes, we are giving this musician a ten out of ten. This is the first record that the pop singer has written, played on, and produced, showing the world that she is full of surprises.

This past October, Flock of Dimes and her live bandmates Katie Harkin, Aaron Roche, and Will Hackney embarked on their first ever headlining tour, which began in New Mexico and stopped in more than 20 cities. We knew we couldn’t pass up the chance for her to serenade us live, so we caught their final performance at 3TEN Austin City Limits Live in Austin, Texas.

And just incase anyone was on the fence about purchasing a ticket to one of her shows, (which probably didn't happen) Jenn Wasner gave away an unreleased song to fans who showed proof of a Flock the Dimes ticket, and confirmed that it's "the only way to get your hands on this song."

Live vicariously through our incredibly intimate photos taken during the Flock of Dimes performance, and track all of Jenn Wasner’s projects on Bandsintown to find out when she’ll be popping up in a city near you.