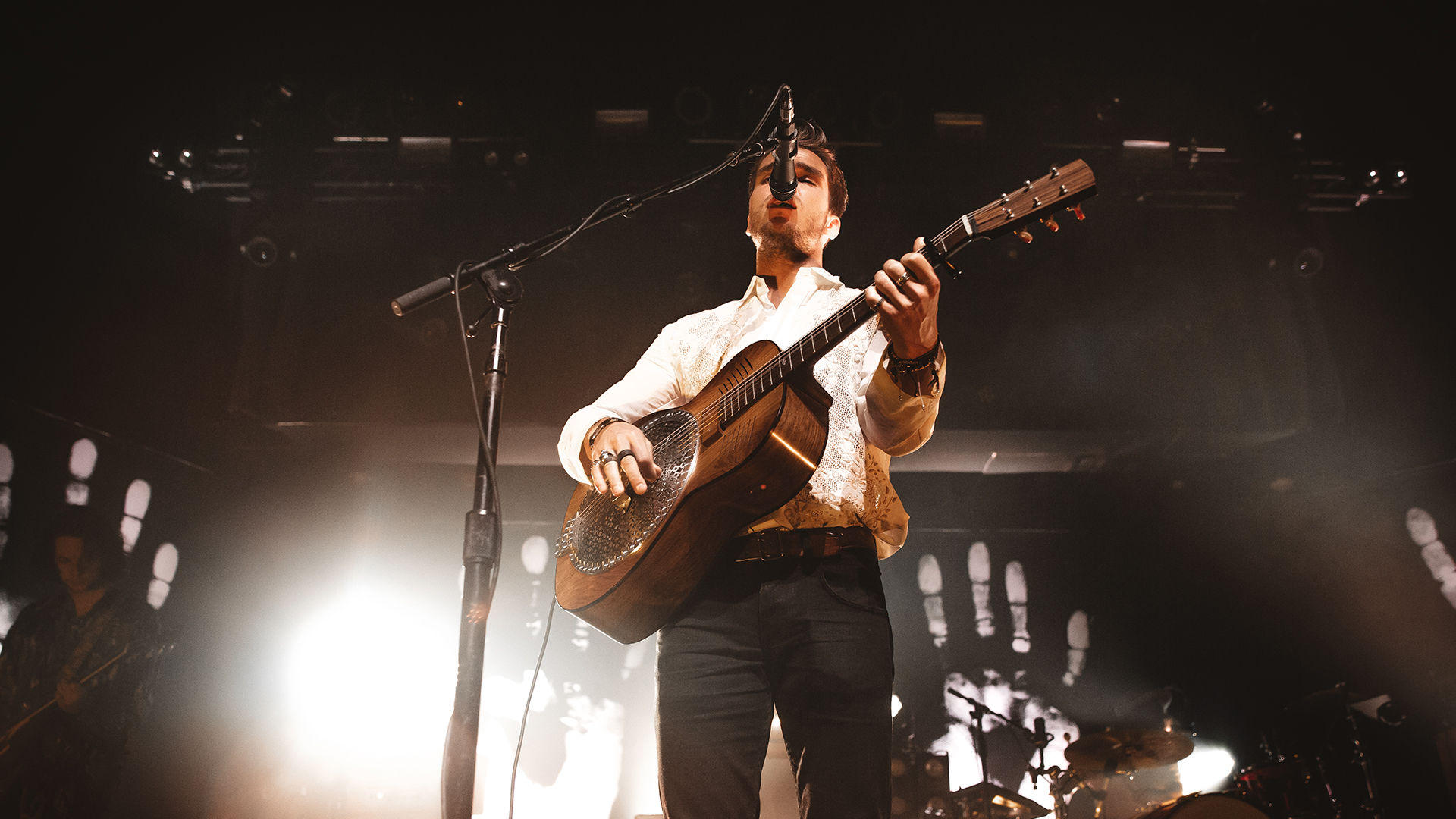 "Have you heard of that Icelandic band who filmed a music video inside a volcano?" was my first introduction to blues rock group, Kaleo. The footage, shot in the only place in the world where you can venture inside a magma chamber, went viral—earning five million views since it was posted last August. Fast forward a year and some change, and the foursome's music is everywhere from an Orange is the New Black trailer to the FIFA 16 soundtrack to the Jimmy Kimmel Live! mainstage.

Their latest album, A/B, also helped them reach household-name-status after it reached the top ten on the iTunes store in 19 countries around the world. Our personal favorite track from the album? "All The Pretty Girls", a lyrical stunner that has drawn the group comparisons from everyone like Bon Iver to Mumford and Sons.

We got to see the Icelandic rockers leave it all on the floor at Emo's in Austin, TX earlier this month, which happened to be one of their last US stops on The Handprint Tour. The night began with local Austin band, The Wind and The Wave energizing the crowd and those just coming in. After the short set, breakout singer Bishop Briggs took the stage with a storm of exotic vocals and synth-pop vibrations.

After the openers wrapped up, the crowd greeted Kaleo with love-filled chants and cheers. The fourtet opened up with the last song off their latest album, "Can’t Go On Without You". Lead singer, JJ Julius Son softly whistled into the mic while soft white lights rolled onto the stage, contributing to the overwhelmingly soothing atmosphere. The show quickly transitioned into a full-blown rock concert, as they got in their groove, churning out ballistic drums, elaborate guitar solos, and bumping bass.

Check out our photos from the show, and don't forget to track Kaleo on Bandsintown so you don't miss them when they are in a city near you.