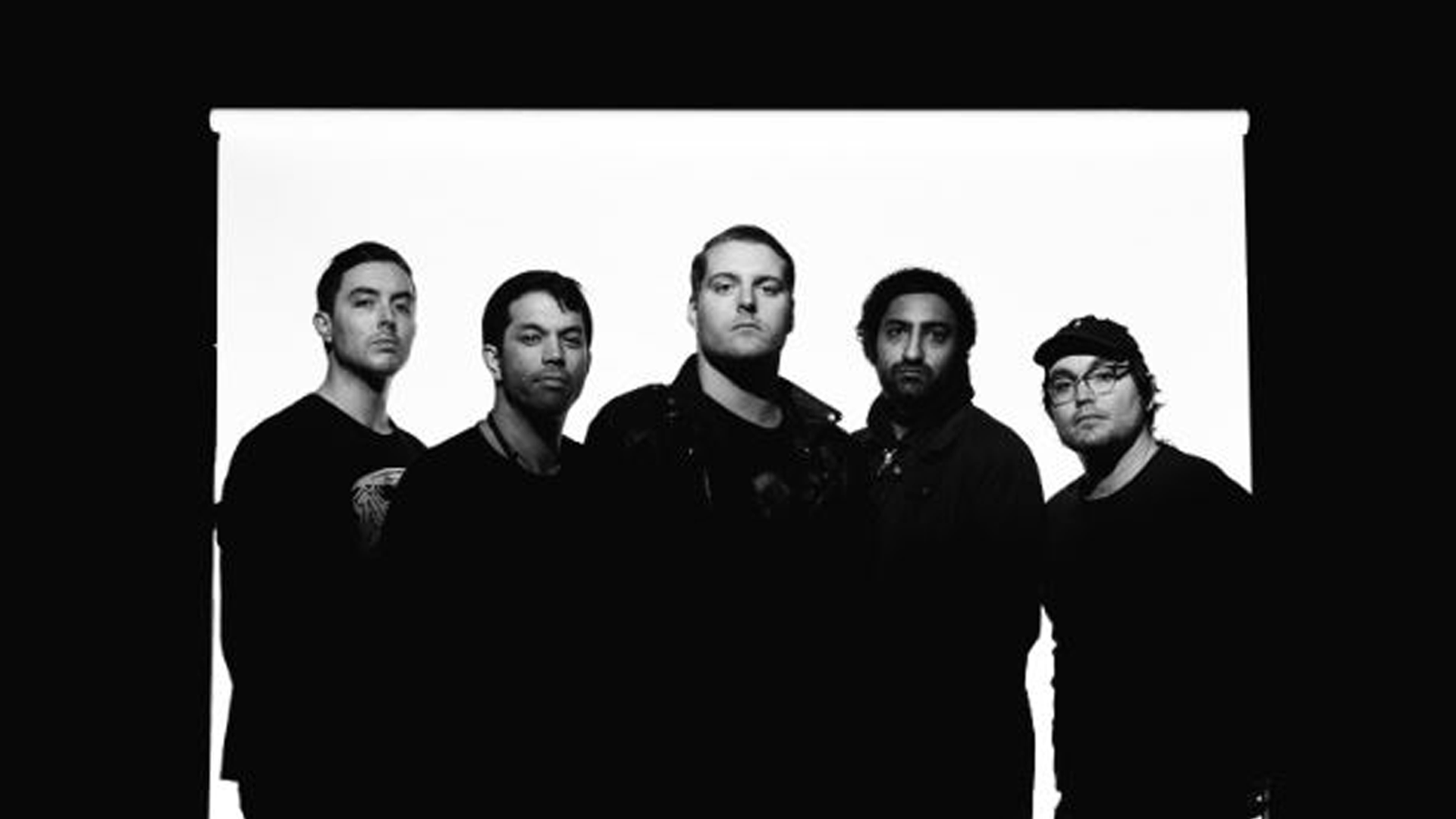 San Francisco-born Deafheaven are a band that can be described, without hyperbole, as truly larger than life. Their grand designs of crafting black metal that goes beyond rip-roaring brutality towards a place of grandeur and even rapture were evident from their first recordings, but paid off fully with 2013’s opus Sunbather. Then they did the unlikely and doubled down on their more metal tendencies with New Bermuda, an album, that for many (myself included), surpassed even their breakout hit. One imagines Deafheaven performing for a sea of fans, jostling veraciously or swaying entranced as the music shifts between punishing darkness and brilliant light. You can almost see vocalist George Clarke as he cranes over grasping hands, or conducts from the stage like some maniacal maestro.

But, as is the case in live performances, circumstance does not always match the imagined ideal.

The Emporium is one of those out-of-the-way venues, far from the cultural center of NYC. It’s the type of place with blown-up pictures of Johnny Cash and fresh-faced Beatles for wallpaper. Not exactly a Hard Rock Café, but a far cry from one of many boarded-up DIY venues that Deafheaven themselves helped solidify in legend. Small towns need good venues, and Patchogue has one, but with only so many local fans, the late Sunday night slot, and freezing rain, ambiance only goes so far. Out here, far away from the routes most often tread by bands of Deafheaven’s caliber, the drinks might be a little cheaper, but what about the show?

The band is out on this run supporting Carcass, a melodic death metal band from England, whose work paved the way for acts like Deafheaven and Inter Arma. The chance to see a band share the lineup with one of their presumably major influences is always a pleasure, and one can imagine the sense of camaraderie and respect the musicians share backstage. Carcass are a fixture in metal history, and rightfully so, as they proved with a lengthy and tireless set later in the evening.

Following Inter Arma, a progressive doom outfit from Richmond, Virginia who take a more classic, though still quite expansive approach to metal, Deafheaven took the stage faced with a sparsely populated crowd, most of whom were bent over railings at the venue’s outskirts, drinks in hand and deep in idle conversation. A few fans of the band had gathered in the gutted pit, willfully pressed up against a stage that started at around five feet from the ground, putting the audience’s eyes at shin level. All in all, these are conditions that a band whose second LP was heralded as the best of its year in any genre, who have toured the world almost non-stop since, and who have played to sold out crowds and seas of festival goers, might rightfully sneer at. Instead, in a near alchemical feat, Deafheaven took this room and held it in the palm of their collective hand–welcoming all, and proceeding to crush the room with imitable strength of sound.

Deafheaven’s music may be larger than life, and their art high, but the grace and energy with which they performed is a testament to their well-earned success as one of heavy music’s best and most valuable acts.

“Brought to the Water”, a perfect opener for their set and most recent record, combines elements of Deafheaven's distinct brand of melodic black metal and classic thrash that gives way to an uplifting, post-rock inflected climax. It’s an agile, thoroughly modern track that proves the group’s ability to deftly combine genres without skipping a beat. Much of this is greatly owed to Dan Tracy, whose almost inhumane dexterity and speed behind the drum set alone is worth the price of admission.

This is the first tour where Deafheaven features songs from all three of their full-length releases. While the set did lean heavily on material from their latest, with sprawling cuts like “Come Back”, they were tempered by past favorites like “Unrequited” from their 2011 debut Roads to Judah, and the moving “Dream House,” a song that never fails to reach deep into the guts of anyone who witnesses it performed. The set briefly reflected on their history, honoring their past, and providing evidence that they have never been better, or their artistic aspirations more fully realized.

Perhaps it was my imagination, but by the end of this brief, supporting set at a venue over an hour from one of music’s most important cities, in cold rain, on a Sunday, Deafheaven proved their immense worth and vital importance, circumstance be damned.