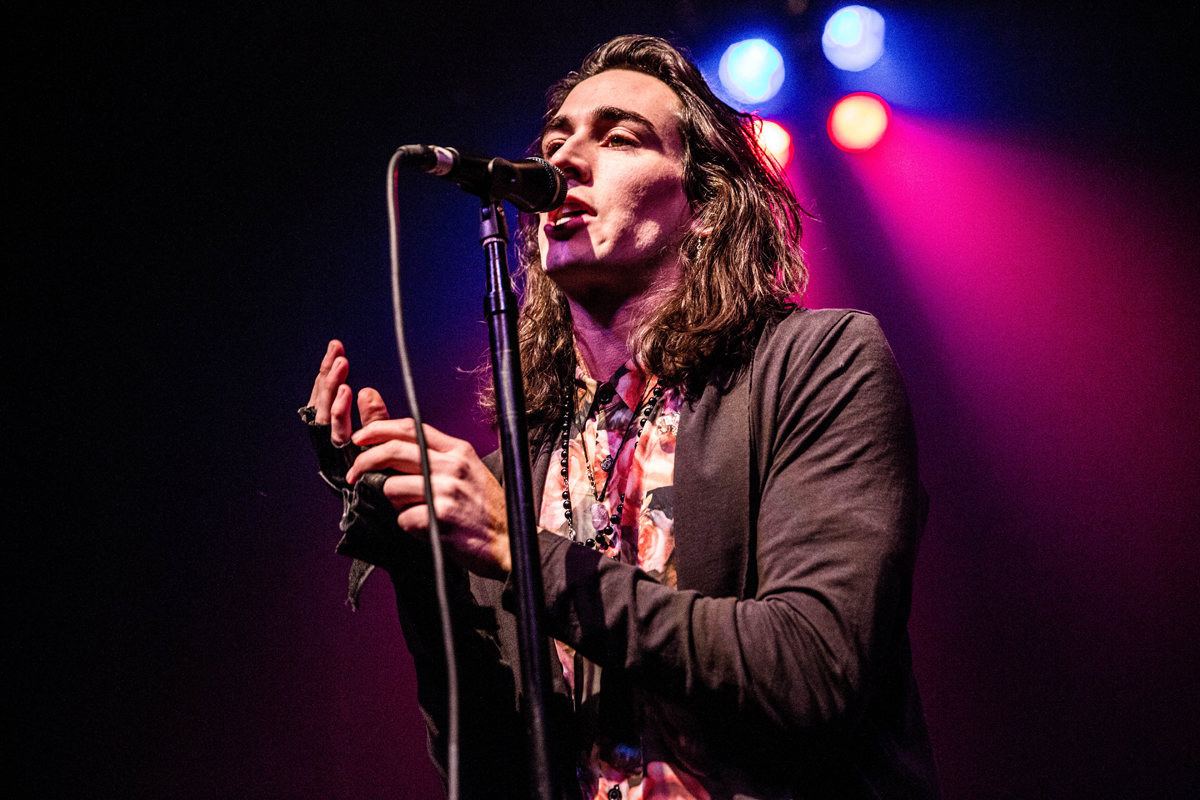 In the six years since their formation, Night Riots have undeniably established themselves in the alternative rock world. With two EPs and a full length studio album under their belt, the five-piece have been working around the clock to supply fans with new material. To keep the momentum going, the band recently joined The Hunna and The Shelters for Alt Nation’s Advanced Placement Tour. We wouldn’t dare to miss these Cali rockers in action, so when they made a stop at New York City’s Gramercy Theater on November 12, we were first in line to secure a front row spot.

The band delivered a set that was full of energy and effervescence. Lead singer Travis Hawley made sure to keep things fun with multiple fan interactions, all while singing face-to-face with concertgoers. Performing their hit singles “Contagious” and “Nothing Personal”, as well as other tracks from their sophomore album like “Breaking Free” and “Fangs”, members Nick Fotinakes (guitar), Matt DePauw (guitar), Mikel van Kranenburg (bass), and Rico Rodriguez (drums) gave us a night we couldn’t forget. The highlight of the night, though? When Hawley and Rodriguez went head-to-head for a drum battle, a showdown that we hope they continue on their next tour.

Wasn’t able to catch Night Riots in NYC? Fear not, fans. The “Contagious” singers will continue touring with a handful of dates in December and have an entire roster of dates set up for 2017 starting in March. Be sure to track them on Bandsintown to see when they’ll be stopping by a venue near you!

|| NYC, you were unreal. Take us back. || Tonight there will be fireworks in Boston at Once in Somerville. We play at 9. 📸 @benzuckerphotos