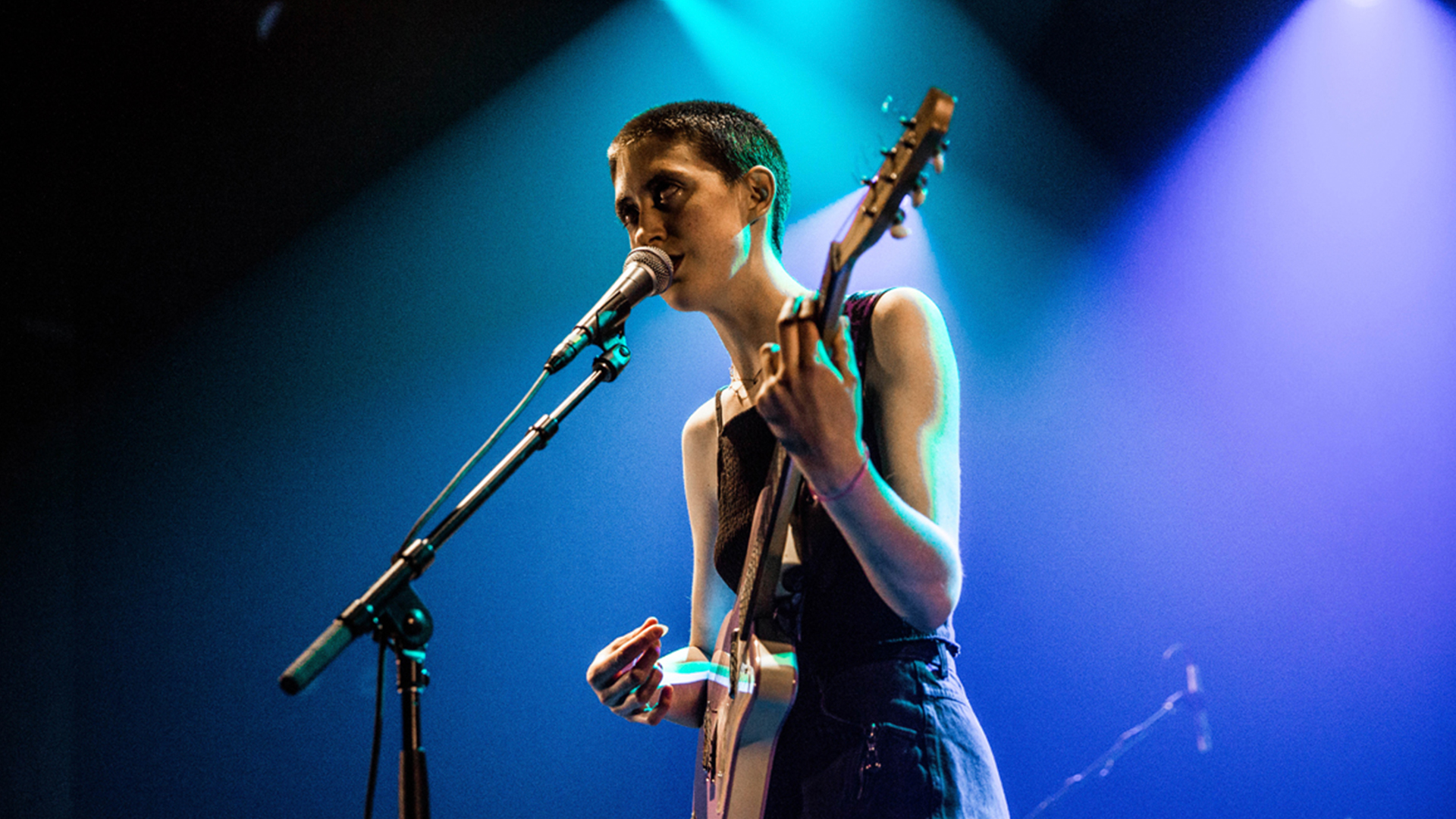 The last time we saw Greta Kline live in New York, she hit the stage donning purple pajamas which perfectly complemented her iconic Danelectro reissue. Since then, Frankie Cosmos has been up to everything from covering Krill to releasing another album.

While the "Outside with the Cuties" musician stays true to her DIY roots on Next Thing, it's also a lot more polished—moving away from her twee, PJ-outfitted Zentropy-debut era, and more toward the dynasty of a musical role model who has penned a book of life advice in the form of an album.

The band, which also features David Maine (bass, keys), Lauren Martin (keys, synth, harmonies), and Luke Pyenson (drums, vocals), recently embarked on a 14-date world tour, sandwiching a stop in Iceland between "The Church" in Philadelphia, and the Space Gallery in Portland, ME. We caught its New York City set, which included “Floated In”, “If I Had A Dog” and “Birthday Song”, as well as a multitude of new tracks live at Webster Hall. The tour's finale marked the band's biggest hometown headlining show yet, and to celebrate, they released a limited edition cassette featuring seven covers, including Krill's "Fresh Pond".

Throughout the night, Kline and company wore their hearts on their sleeves, with their frontwoman falling to the ground after three songs to perform from the floor. The band's passion was inevitable, and their newly found maturity obvious. We can't wait to see what's next for Frankie Cosmos.