ChartsNewsReviewsFeaturesLists
Shinedown and Five Finger Death Punch Bring Co-Headlining Fall Tour to Peoria, IL
If you bought a ticket to this one, you've supported a good cause.
Reviews
Share on facebook
Share on twitter 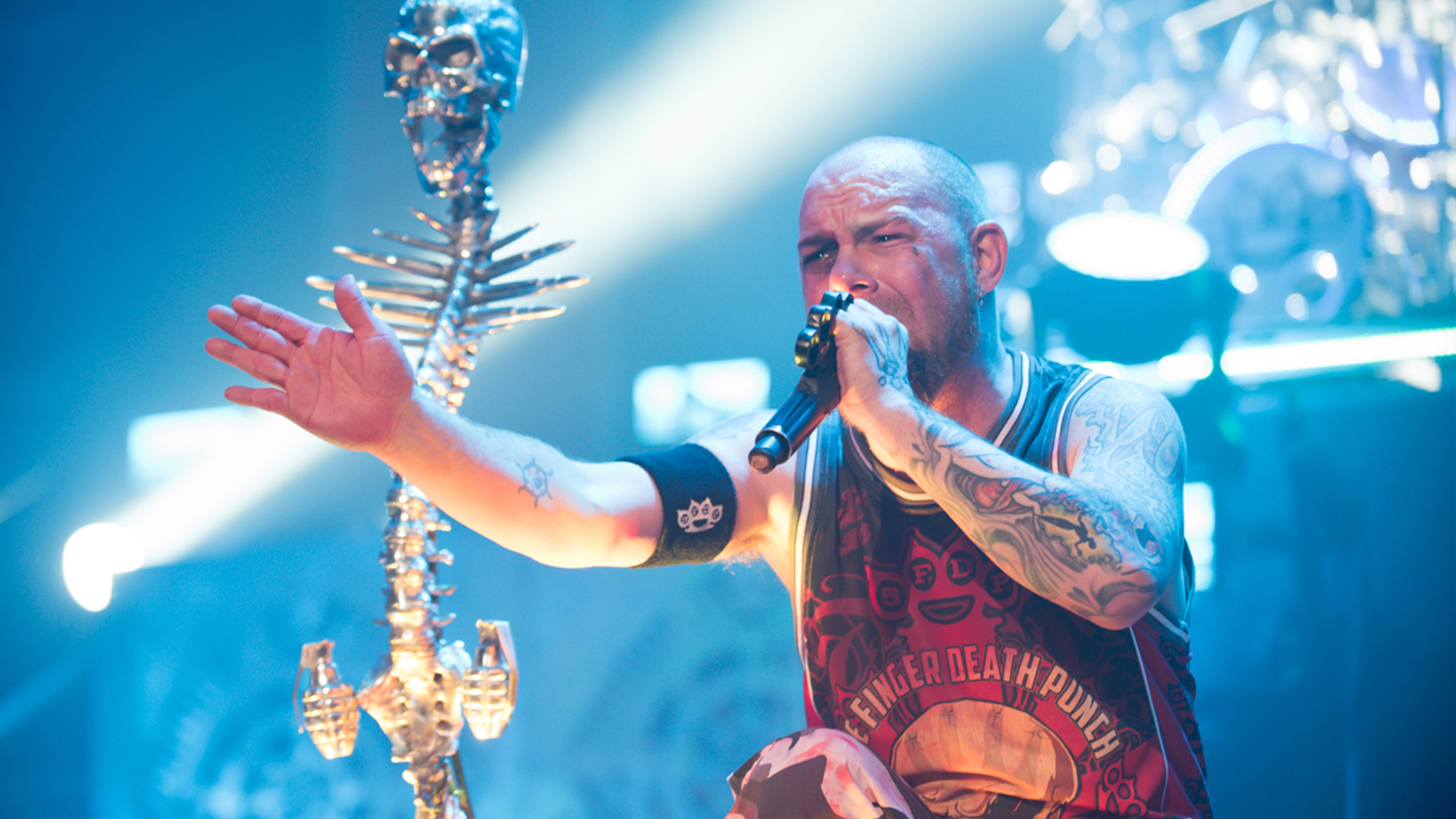 Way to go, music people! Yet another awesome tour this year used some of its proceeds for a good cause. When it comes to the fall co-headlining tour with Shinedown and Five Finger Death Punch, plus openers Sixx:A.M. and As Lions, one-dollar from each ticket sold will be donated charities, handpicked by the lineup: Badge of Honor Memorial Foundation (Five Finger Death Punch), MusiCares (Shinedown), Jada Pinkett Smith’s Anti-Human Trafficking organization Don’t Sell Bodies (Sixx:A.M.) and the Make-A-Wish Foundation (As Lions). We were lucky enough to catch these four awesome groups live in Peoria for the sold-out show.

One thing you can expect from bands on a lineup like this, is a ton of energy. Between the fans and the stage, the Peoria Civic Center was lit—literally for this concert. Not only did Shinedown's set come with tons of amazing pyrotechnics, but FFDP's lead singer, Ivan Moody, revealed that he was "in a great ******* mood," to which the audience roared in applause. What you might not expect from this lineup is covers—but both headliners proved their abilities with incredible versions of some of our favorite tracks: "Bad Company" by Bad Company, covered by FFDP and "Simple Man" by Lynyrd Skynyrd, covered by Shinedown.

Both openers put on incredible sets as well, and you can see what we mean by checking out the photos below. Track all the bands so you don't miss this tour when it comes through your city!

PS although we didn't capture for this gallery, get pumped for their total tour scavenger hunt by following them on Instagram. Lookout for their photo hints of where to find their hidden EP. Find it then get it signed between sets!

Peoria Scavenger Hunt! Here's today's hiding spot - make sure to get yourself in nice and early to catch it! Happy hunting! #aslions #aftermath