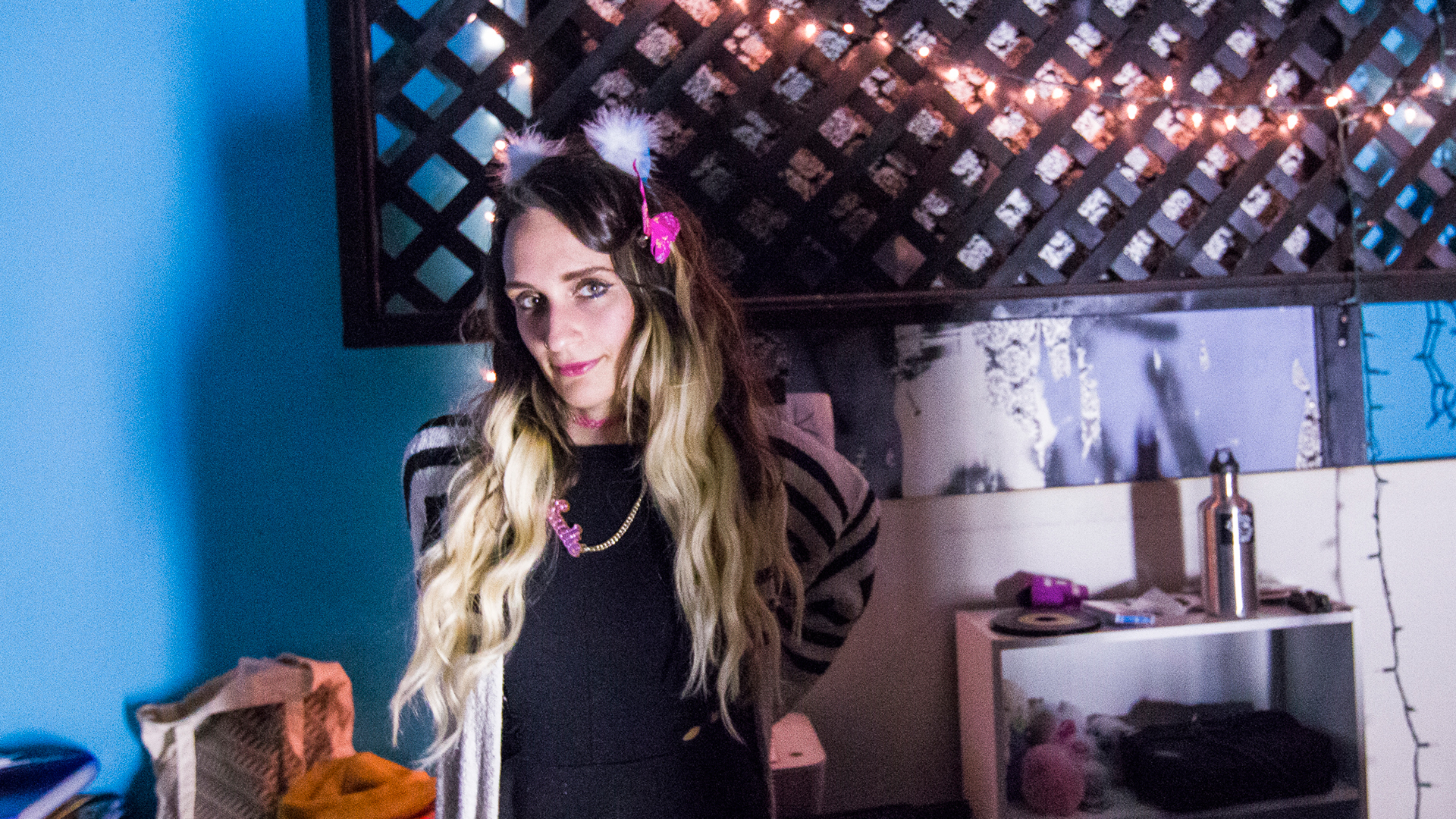 We're guessing as a live music fan, you've got awesome concert plans for this coming New Year's Eve. When it comes to the holidays, we think the only way to spend them is at a show, with your hometown friends. So that's exactly what we did on one of the biggest party nights of the year: Thanksgiving Eve.

The night before the food fest, we stopped over at Milk Run in Omaha—a DIY, all-ages venue downtown, where Sadie Dupuis of Speedy Ortiz was going to perform tracks off her debut album Slugger. Unless you lived on Mars for the entirety of 2015, you've heard of Speedy Ortiz, probably track "Raising the Skate" off of last year's grunge pop record Foil Deer. 2016, though, has been the year for Sadie solo. Harkening back to her homemade musical roots (the Major Arcana group is said to have come out of Dupuis' own summer camp recordings), the multi-instrumentalist presents a more down'n'dirty set of tracks recorded in a bedroom, about everything (good and bad) in relationships. 2016's answer to bands of Riot Grrl's past, Sad13 brings 8-bit sparkles to your favorite female-powered genre and performs them live in the spaces where they belong.

See what mean in the photos below, then Track Sad13 on Bandsintown to see when she's headed to your city for a live show!