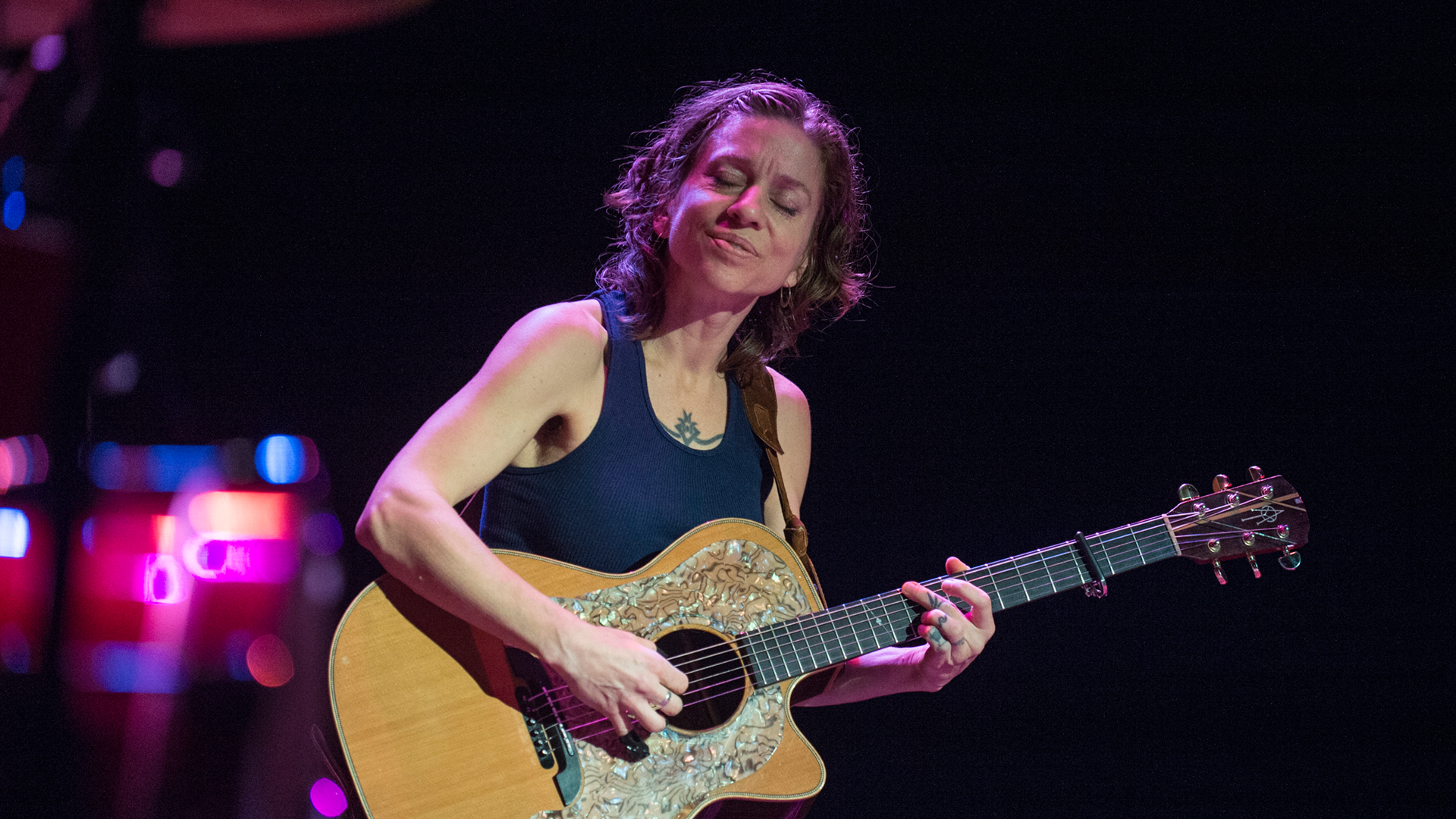 Singer-songwriter Ani DiFranco has always been a firm believer in standing up for what she believes in. The musician recently wrapped up a fall tour where she encouraged citizens to get out and use their voices to make a difference. In addition to advocating for social justice, DiFranco has been an unstoppable force in the music world—with all of her releases via her own label, Righteous Babe Records. The “You Had Time” performer has over a dozen albums under he belt and has been nominated for multiple Grammy Awards, walking away with one for Best Recording Package in 2004.

When we caught her show at Calvin Theatre in Northampton, Massachusetts, the “Both Hands” singer reminded us why she’s maintained such a dominant role in the industry. Her insightful lyrics, mixed with her unique vocals only emphasize her message further. DiFranco also performed a number of songs with the supporting act, Chastity Brown, an incredible Tennessee-born singer-songwriter. Together the two gave a fantastic performance that we won’t soon forget. Check out our photos from the show below, and don’t forget to track Ani DiFranco on Bandsintown so you never miss another show!