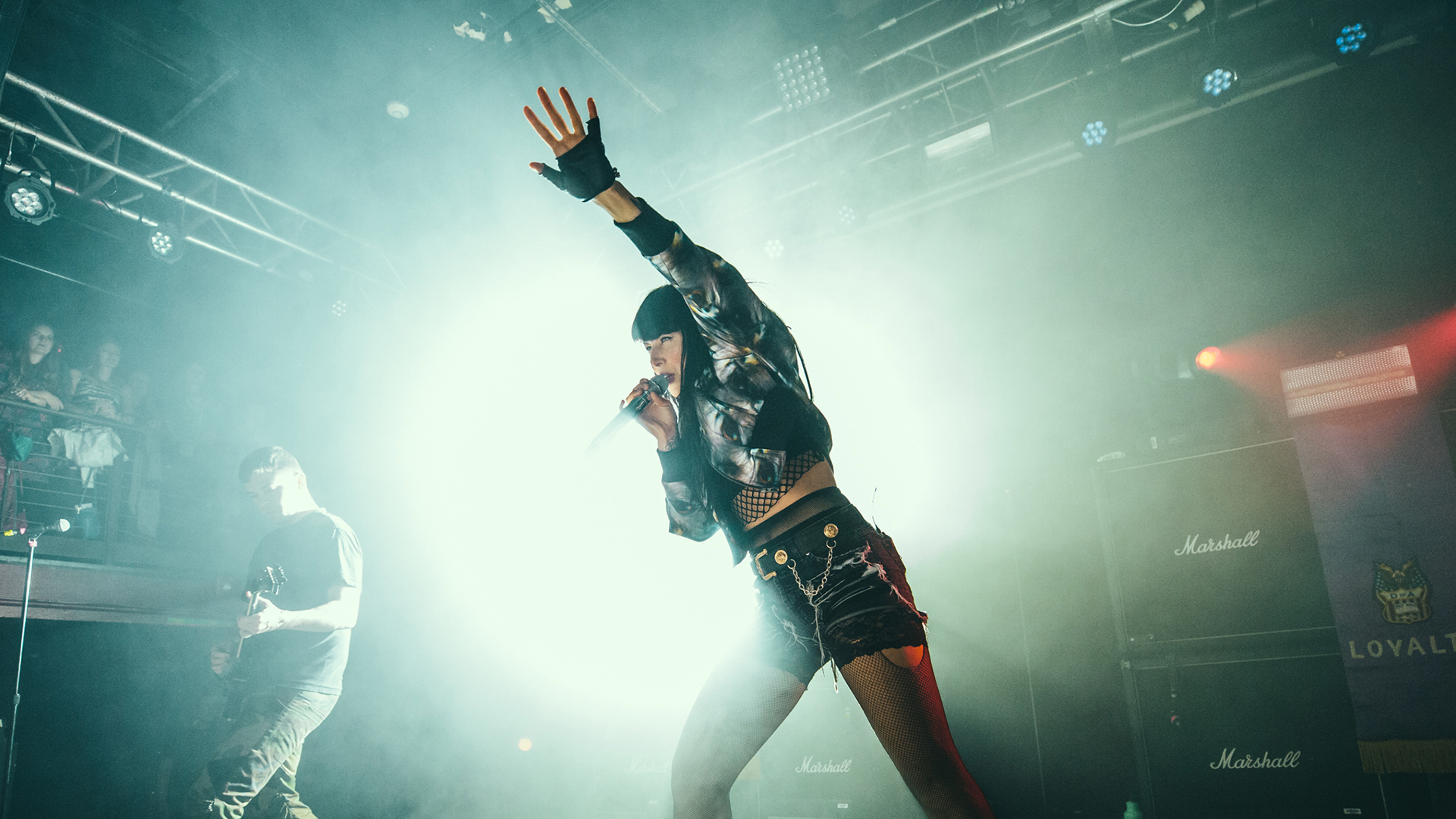 It's not often that a chance meeting at a Brazilian bistro leads to millions of streams on Spotify. Such is the case, however, for Brooklyn-based duo, Sleigh Bells, who met when lead singer Alexis Krauss dined at Miss Favela in Williamsburg, only to meet producer, guitarist, and her server that day, Derek Miller. Eight years, four albums, and a handful of hard-hitting singles later, and the two-piece are stronger than ever.

While their most recent LP, Jessica Rabbit, is sprinkled with the piercing guitar riffs that first distinguished them from other noise-pop groups at the time, it also features more synth-work and R&B elements than we're used to from the duo. One of the reasons? It was executively produced by Mike Elizondo, who has worked with everyone from Dr. Dre to Mary J. Blige to D12.

The "It's Just Us Now" creators closed out their most recent tour in promotion of the project at Nuemos in Seattle. One of the most noticeable and pleasant surprises evident from the show was Krauss’ vocal development. Even after a recent bout with laryngitis, the audience could still distinguish a noticeable difference in the vocal range from their previous material. In particular, songs like “I Can Only Stare” highlighted her improved range as she juxtaposed softer vocal lines with powerful hooks. Another difference for those who have seen Sleigh Bells perform in the past? This time around the band performed without a drummer, and were joined only by their touring guitarist, performing as a three piece to a drum track instead.

Check out the photos and the setlist below, and make sure to track Sleigh Bells so you don't miss them when they're in a city near you!

I Can Only Stare

Crown on the Ground