ChartsNewsReviewsFeaturesLists
Photos: Jim James Stops in St. Louis on US Headlining Tour to Perform Tracks from 'Eternally Even'
+ our faves off of 'Regions of Light and Sound of God'!
Reviews
Share on facebook
Share on twitter 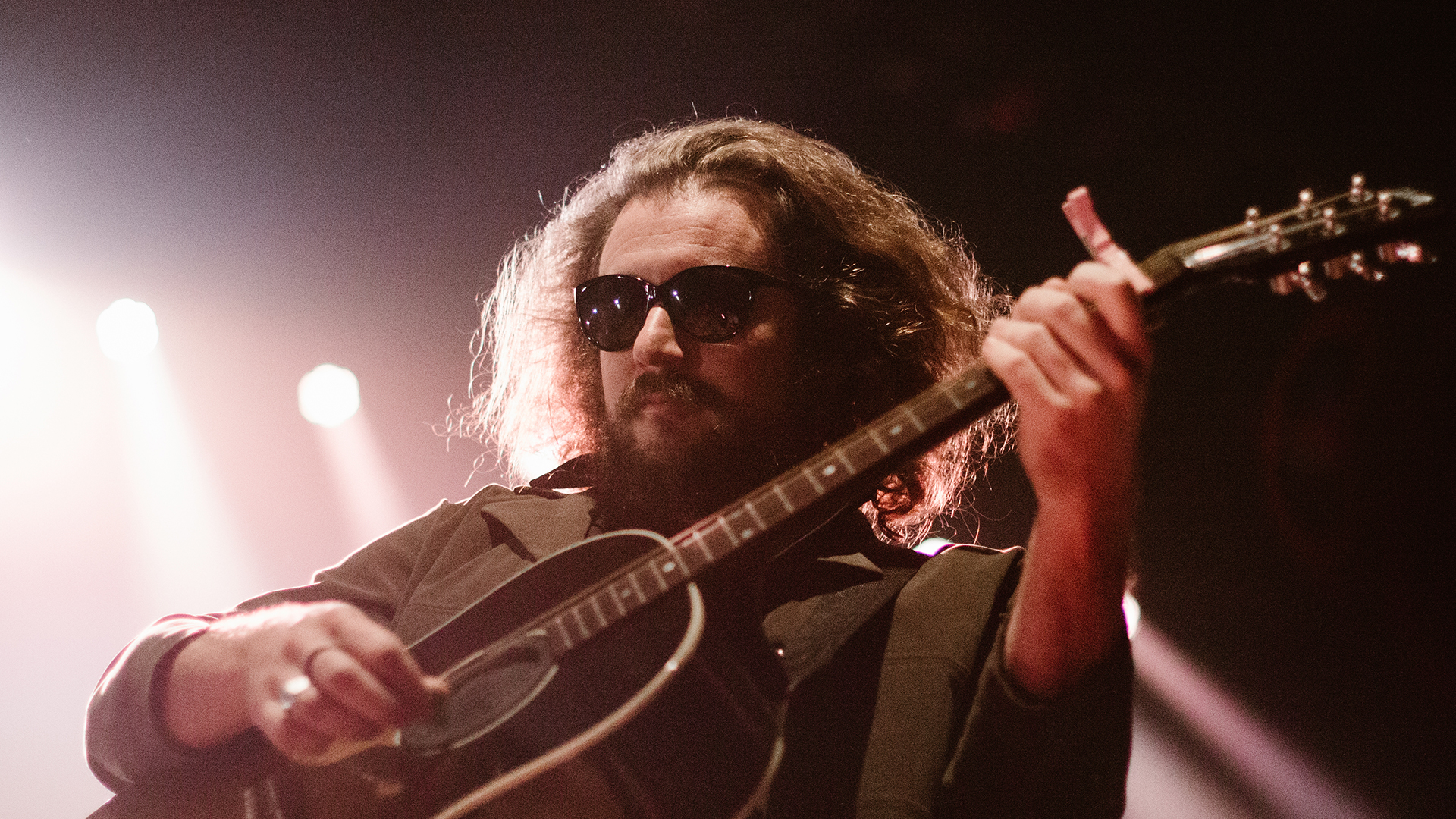 Opening with "A New Life" from 2013's Regions of Light and Sound of God, Jim James kicked off his St. Louis tour stop with one of our favorites from the release. Throughout the rest of his set, the My Morning Jacket frontman would switch between the solo album, and his most recent effort, Eternally Even. Making its way on to the Billboard US 200 Charts, the 9-track record was also a good reason for the "Here in Spirit" artist to hit the road and celebrate.

Stopping in cities like Boston, Philadelphia, and NYC, with places like Las Vegas, Dallas, and New Orleans still to go, Jim James is bringing his folk-inspired dream rock (the producer and songwriter was in a band with Conor Oberst and M. Ward after all) across the US for a super chill and interesting evening you definitely don't want to miss. The Louisville, KY native even performed two Chuck Berry covers while wowing us with the live versions of his own new songs at The Pageant.

Sharing James' hometown, openers, Twin Limb are self-described as "dreamy cosmic rock soup" on their Facebook page, and considering that they use an accordion and elements like "sonic sorcery", it's not hard to see why. The band, who are touring in support of their October release, Haplo, will also embark on a tour in 2017 with Strand of Oaks. If you end up heading out to Forecastle Festival don't miss Lacey Guthrie, Maryliz Bender, and Kevin Ratterman putting you under their spell.

If you're thinking of scooping up tickets to check out the rest of the Jim James tour, you should know that one-dollar from every ticket purchased will benefit My Morning Jacket’s Waterfall Project, so you should definitely do it! Still not convinced? Check out the photos below to see what you'll be getting yourself into, then Track Jim James and Twin Limb on Bandsintown so you don't miss them on their next run.