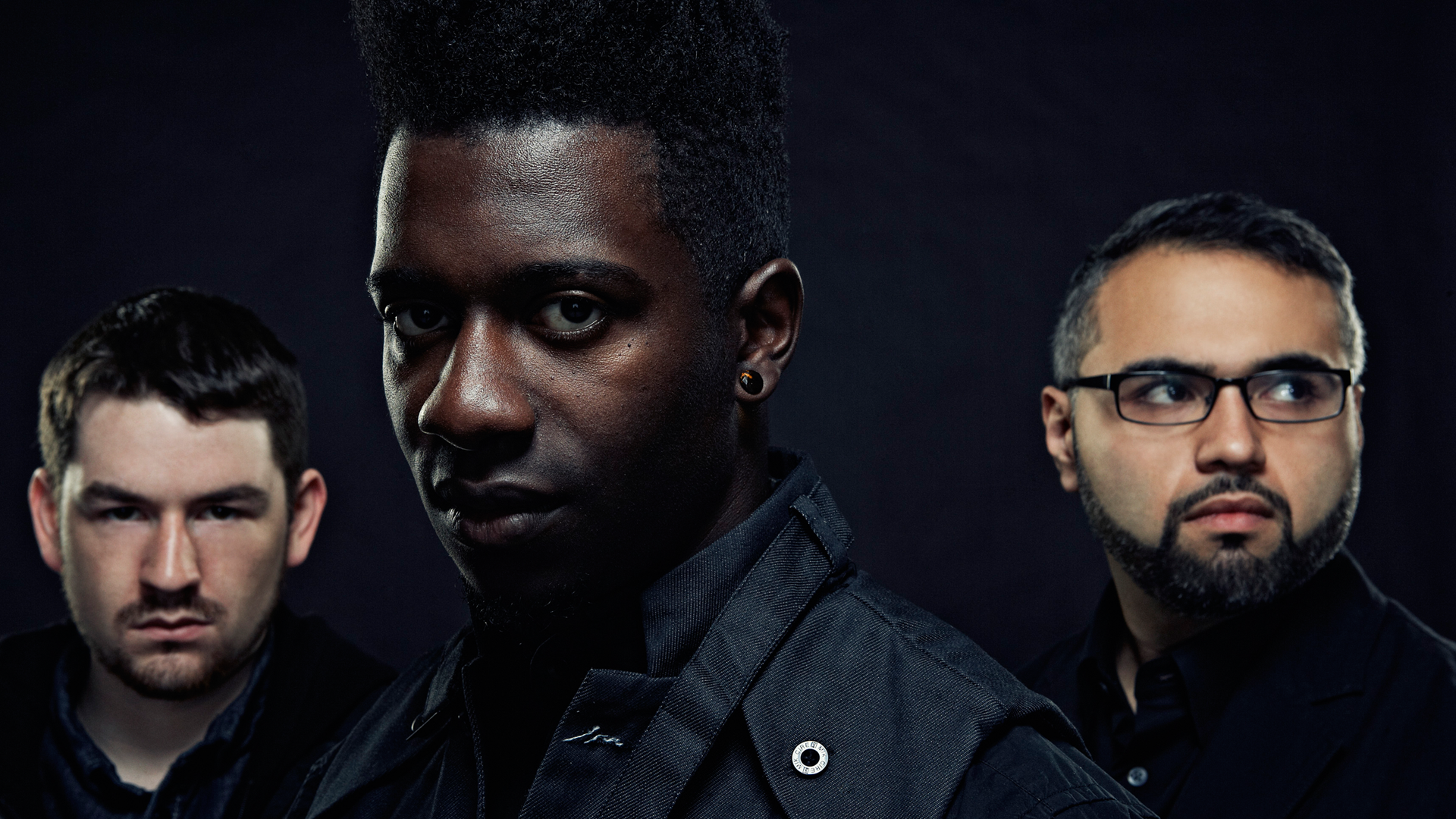 2016 has been an interesting and fruitful year in music, to say the least. As popular acts lean a bit more towards experimentation and alternative acts are more openly embraced, quality seems to be catching up to quantity. Whatever the reason, it feels like people are ready to think of music as something to be engaged with rather than thrown on to color a silence. At least that’s how it feels when you see Animals As Leaders walk onstage to a packed house at Webster Hall. As amazing as the band is, immensely complex and esoteric instrumental metal hasn’t always been the hottest ticket in town. Witnessing one of New York’s finest venues filled, wall to wall, for just that type of music is an encouraging sight, and one that throws doubt back in the face of anyone who claims heavy music is going nowhere fast.

The band is out in support of their latest and most exploratory record, The Madness of Many, which builds upon their solid foundation of technically progressive metal, while incorporating elements of jazz and contemporary experimental music. Many songs on the record feel less concerned with appeasing fans of a certain genre as guitarist Tosin Abasi, Javier Reyes (a remarkable guitar talent in his own right), and Matt Garstka continue to push themselves and their instruments into a territory that has fewer and fewer points of reference. Abasi may have begun AAL as a solo venture, but Reyes and Garstka have become indispensable to the sound of the band as a unit, and each member’s proficiency doesn’t overshadow their personality. YouTube is crowded with bedroom shredders, but being quick and loud alone won’t move a crowded room. For that you need something more, something closer to art.

The set began with “Arithmophobia”, the opening track from the band’s latest record, and while there was naturally a good deal of focus on new material throughout the night, the band was in no hurry, and followed the track with opening tunes from two of their previous albums, proving that the spark that made them something special may have grown brighter with time, but it has been there since the start.

The set was a rollicking exploration through the AAL’s challenging catalogue, but was far more than an exercise in precision and dexterity. The infectious melody of a song like “Inner Assassins” almost makes you forget the complexity inherent in the arrangement. Unlike many of their progressive metal contemporaries, Animals As Leaders are not just remarkable talents, but they are also gifted songwriters.

Drummer Matt Garstka is a sight to behold, something the band’s setup seemed to acknowledge as the kit was angled diagonally for a better view of this virtuoso's technique. There’s no hiding in this band, and though samples and backing tracks are cued sparingly, the human element is what drives their music over the edge.

Abasi used a number of different guitars, including one with nylon strings for the song “The Brain Dance,” which exemplifies a massive shift from AAL’s early affinity for predictable metal breakdowns in exchange for something far more evocative that integrates fusion ensembles and even folk music. It is a song that simultaneously pays tribute to bands outside of the metal genre that inspire the group, and evidence that their utterly unique sound cannot be held within the bounds of one genre alone. It is perhaps their least predictable and most tasteful composition to date, and to see it performed with such precision, not to mention the joy that beamed from Abasi’s face, was nothing short of extraordinary (he calls to mind the old hero worship of so-called “guitar gods”). When you see him take up his instrument and begin to play alongside the incredible musicians that together form Animals As Leaders, those old rock'n'roll myths seem to come to life, and the performance of live music again feels like a transformative and entirely vital experience.

Track Animals as Leaders on Bandsintown so you know when they're bringing this awesome show to your city!