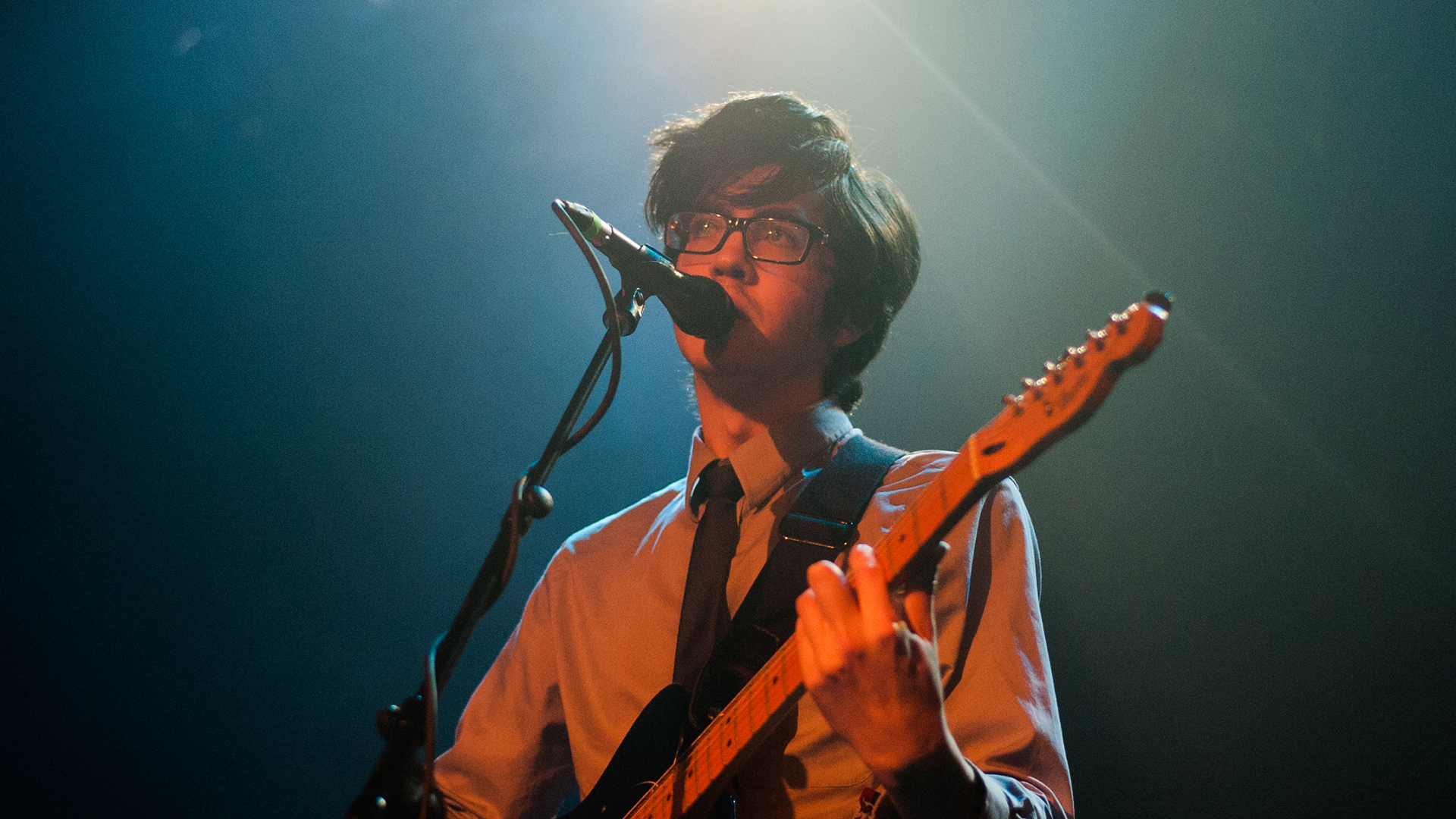 Next time you're looking for something to listen to—something with impressive lyrics, vocals nearing Matt Berninger's, something doo-wopp-y, something Hinds-esque, something a little Pity-Sex-guitar-ish, something you can bang your head to, something that could appear in a Wes Anderson movie if he grew up listening to emo—look no further than Car Seat Headrest. They're basically everything you ever wanted in a band, and will hit that spot for a music craving pretty much every time you have one. Frontman Will Toledo, guitarist Ethan Ives, drummer Andrew Katz, and bassist Seth Dalby make up the Virgina-born quartet behind these all-pleasing tracks, each with its own flavor that, together, amass numerous albums. Touring in support of May's Teens of Denial, the "Fill In The Blank" group just wrapped up a fall run in their current homebase of Seattle at the Neptune Theater, and we were right there with them.

With the passing of Leonard Cohen taking place just a few weeks before the show, Car Seat Headrest opened with a tribute to the late musician, writer, and artist by covering his "Minute Prologue" which appears on Live Songs (1973). Throughout the rest of the evening, the audience was treated to 11 more tracks, including an encore of two Talking Heads covers, for which the tour's opener, and local psych punk band Naked Giants joined the stage.

Check out our gallery from the show below. If you missed out on seeing Car Seat Headrest this go around, fear not, they're hitting the road again in 2017, so be sure to track them on Bandsintown.