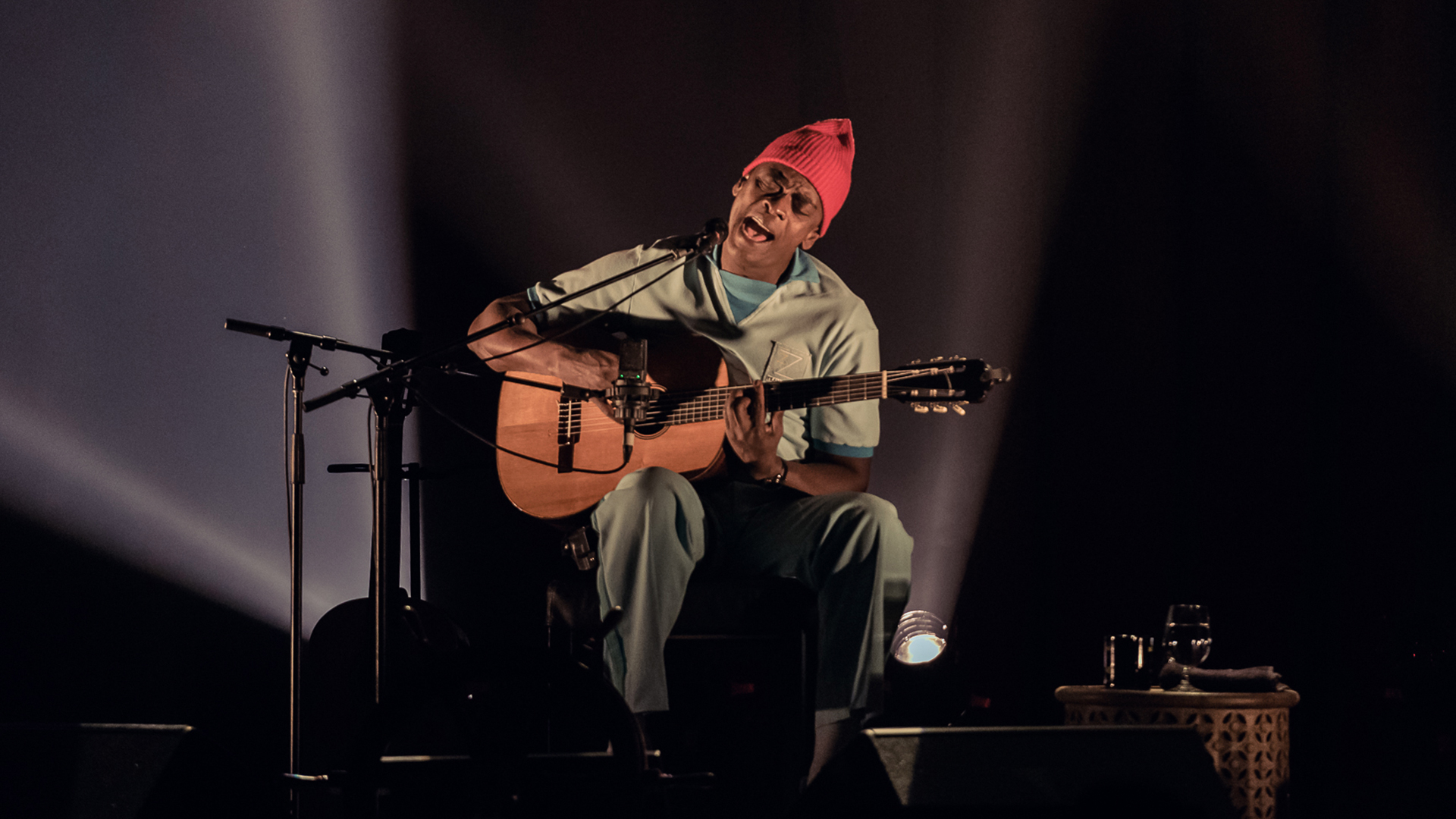 12 years ago Wes Anderson debuted The Life Aquatic With Steve Zissou, a cult classic that we still think of every time we see a red beanie on the street. One of our favorite characters from the film, Pelé dos Santos, was played by Seu Jorge, a Brazilian singer-songwriter who brought his role to life via Portuguese renditions of David Bowie's songs. The musician's covers were featured on the film's soundtrack, in addition to original recordings from the Starman.

Jorge's acoustic versions went on to gain praise from even the harshest critics, including the late "Let's Dance" hit maker, who said, "Had Seu Jorge not recorded my songs in Portuguese, I would never have heard this new level of beauty which he has imbued them with.” Talk about a compliment. The five songs featured in the film, plus seven new ones, were released in 2005 on his own album, The Life Aquatic Studio Sessions—an LP that everyone needs to add to their "chill playlist" STAT.

Though it's been out for more than a decade, the "Astronauta de Mármore" singer decided to hit the road to promote the project, stopping in more than 15 cities throughout North America this year. Wearing his character's signature headwear and baby blue polo, the multi-instrumentalist strummed away at his guitar in front of a background of Ziggy Stardust imagery. Check out photos from his show in Austin below, and make sure to Track Seu Jorge on Bandsintown so you don't miss him when he comes to a city near you.