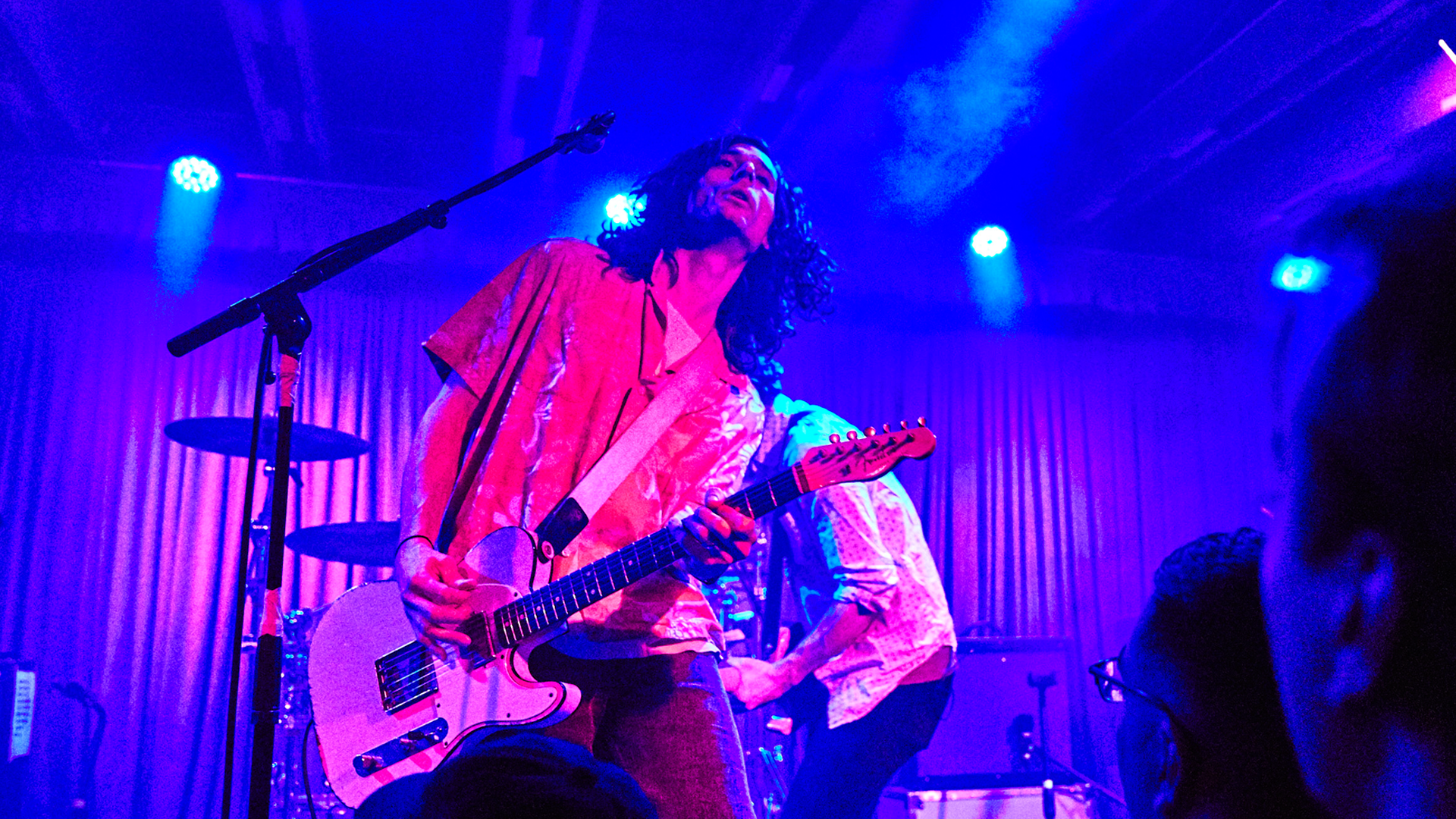 Actually, we saw CRX three times, but we don't have the pics to prove the first—which was at Bowery Ballroom in NYC—where frontman and The Strokes guitarist Nick Valensi reminisced on his younger days selling merch at the venue. It was cool to be back, Valensi shared, performing at a venue where he and his "other" band used to play all the time.

Watching Valensi take the lead on everything was an awesome sight to see. You had the iconic sounds of The Strokes' guitar, which is one of our favorite things about them, and the '70s rock vibes of Valensi himself, which transported the audience to another place and time altogether, as he and his bandmates—drummer Ralph Alexander (The Dose), guitarist and keyboardist Richie Follin (Guards), bassist Jon Safley and guitarist Darian Zahedi (both of The Reflections)—went on an actual shred-fest for the ages.

While the tour kicked off in LA at The Hi Hat, the NYC tour stop was obviously an important one for Valensi. Later, heading everywhere from Columbus (where they opened for ), to their show in Houston last night, CRX brought out all the new jams from their debut album, New Skin, which dropped in October.

Needless to say, these three shows were an awesome music party had by all, and we wish everyone had a chance to check out this tour. If you live in El Paso, Albuquerque, or Las Vegas, you're in luck, as CRX has yet to head to these cities. If not, be sure to give them a Track on Bandsintown so you don't miss them next time they swing by.

Ways To Fake It