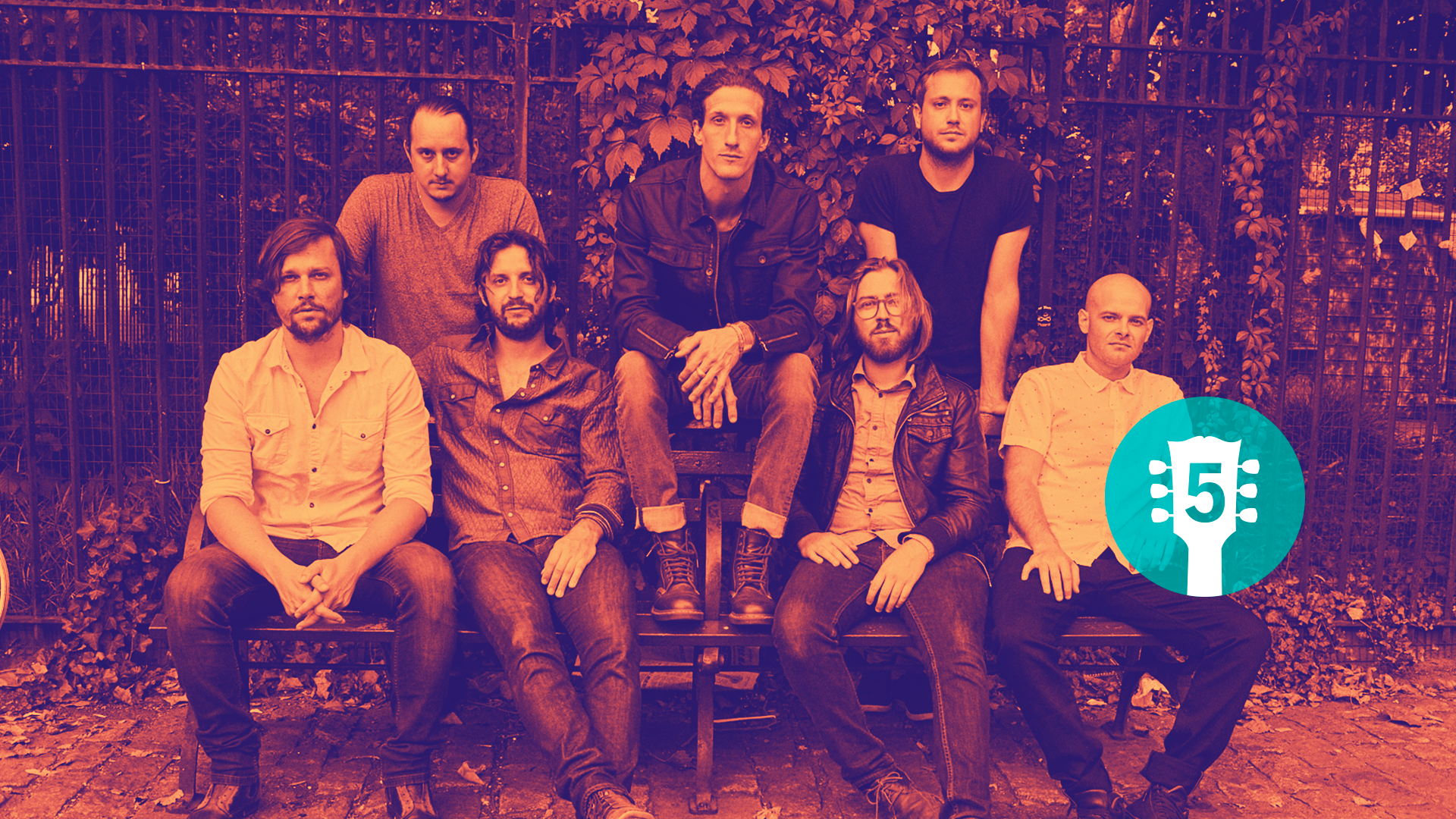 Much like the city they rep, New Orleans-based band, The Revivalists have a strong musical identity. Their songs seamlessly weave together elements of rock, soul, R&B, funk, and country, giving way to a sound that's completely (and refreshingly) their own. Their latest album, Men Among Mountains, is a testament to that musical melting pot that we've come to love, and has been on repeat since it dropped in July of 2015. The stand-out track off the LP, "Wish I Knew You", hit number one on the Billboard AAA charts, and was performed live by the seven-piece everywhere from The Ellen DeGeneres Show to the Wakarusa Music Festival stage.

While they've already made their mark on the charts and the small screen, 2017 looks bright as hell for the "Gold To Glass" creators. With several festival performances on the books, it looks like anyone who isn't familiar with the Big Easy-natives will be soon.

In the rare downtime that they had, members of the band sounded off on which musicians they're most amped to see live next year and why. We got the inside scoop from guitarist, Zack Feinberg, drummer, Andrew Campanelli, saxophonist, Rob Ingraham, pedal steel guitarist, Ed Williams, and keyboardist, Michael Girardot, on who made their Top 5 Live list. Check it out below, and make sure to Track The Revivalists on Bandsintown so you don't miss them live when they come to a city near you.

Zack Feinberg: "I haven't seen him live yet and that needs to happen. The man is freaking wonderful and an American treasure. I'm told he always puts on a great show. Plus, Steve Gadd is one of my favorite all-time drummers."

Andrew Campanelli: "I've been really into their records for a few years and would love to see how they adapt their sound from the studio to the stage."

Rob Ingraham: "He's one of the most inventive composers of our time, with beautiful arrangements ranging from cutesy indie minimalism to sweeping symphonic grandeur. The closest I've ever come to seeing him live was footage from a concert where he was backed by a full orchestra dressed in pseudo-boy scout uniforms with butterfly wings. Sign me up."

Ed Williams: "I want to see Tool. Their records are extremely complex and I would love to see it done live. And I heard their shows are crazy."

Michael Girardot: "He's written some of my favorite songs. I feel like seeing him play would feel like walking into a marshmallow of warm happiness."