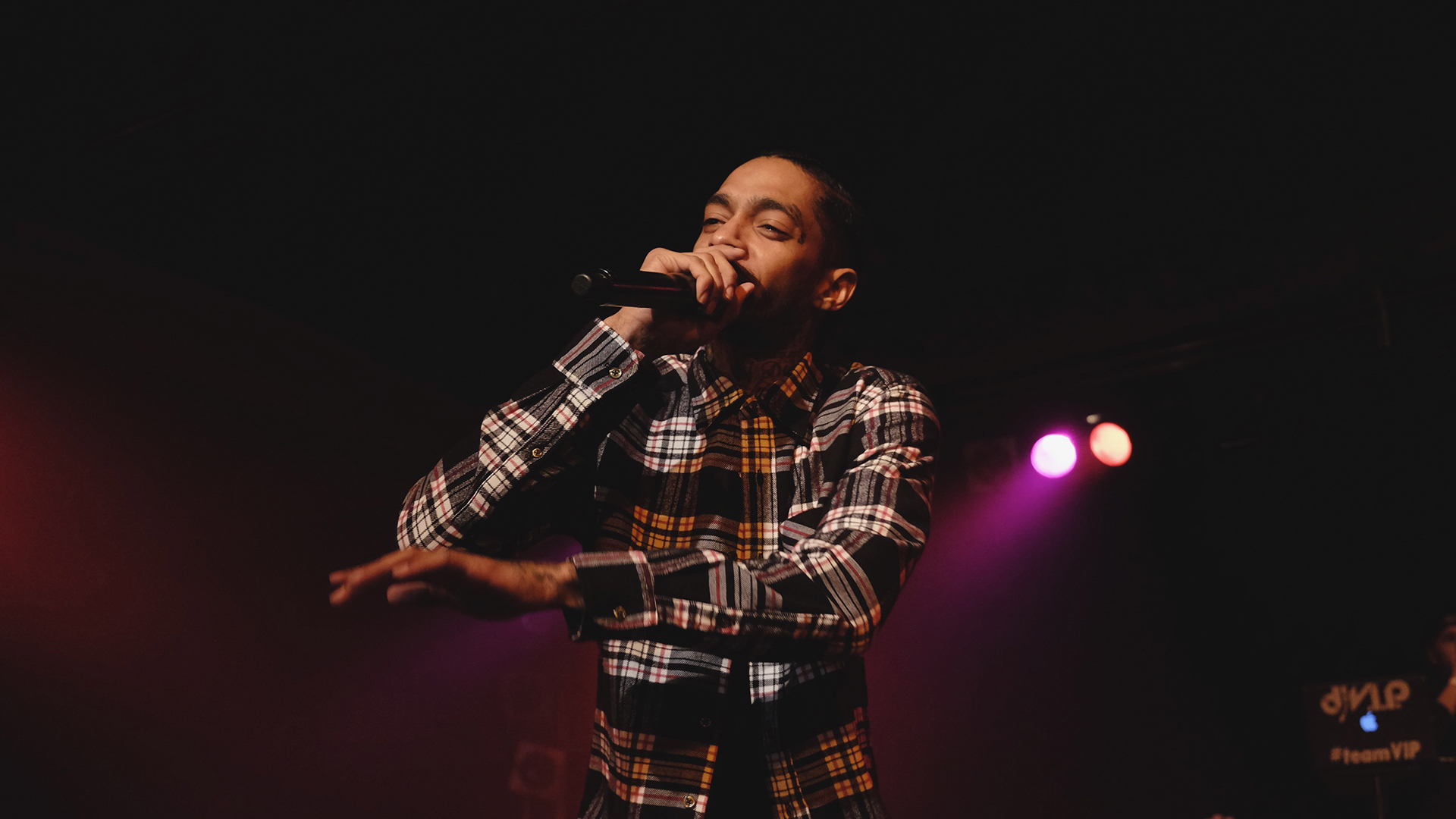 Emerald City got a little taste of LA on November 26 when rapper Nipsey Hussle brought his show to the Showbox SoDo. GI Joe opened up the concert, getting fans hyped for Seattle-bred emcee, Choice (formerly Royce the Choice). The "I Be Wit" rapper took over and quickly went in, bringing solid energy and lyrically sound verses to the stage.

Next up was the main act, Nipsey Hussle. Our first time hearing about the "Killer" mastermind was in 2013 when Jay Z dropped $10,000 on 100 hard copies of his limited edition mixtape, Crenshaw. Selling them for $100 a piece was a statement against major labels, which he claimed were taking advantage of artists by tricking them into "making products that have no soul for fear of not being heard if we don't." Moral of the story? We've been huge fans of the rapper ever since.

He took to the stage at the iconic venue, addressing heavy issues in an upbeat performance that had those in attendance champing at the bit for more. Check out the photos from the show below and then make sure to Track the "No Favors" emcee on Bandsintown to find out when he'll be in a city near you.