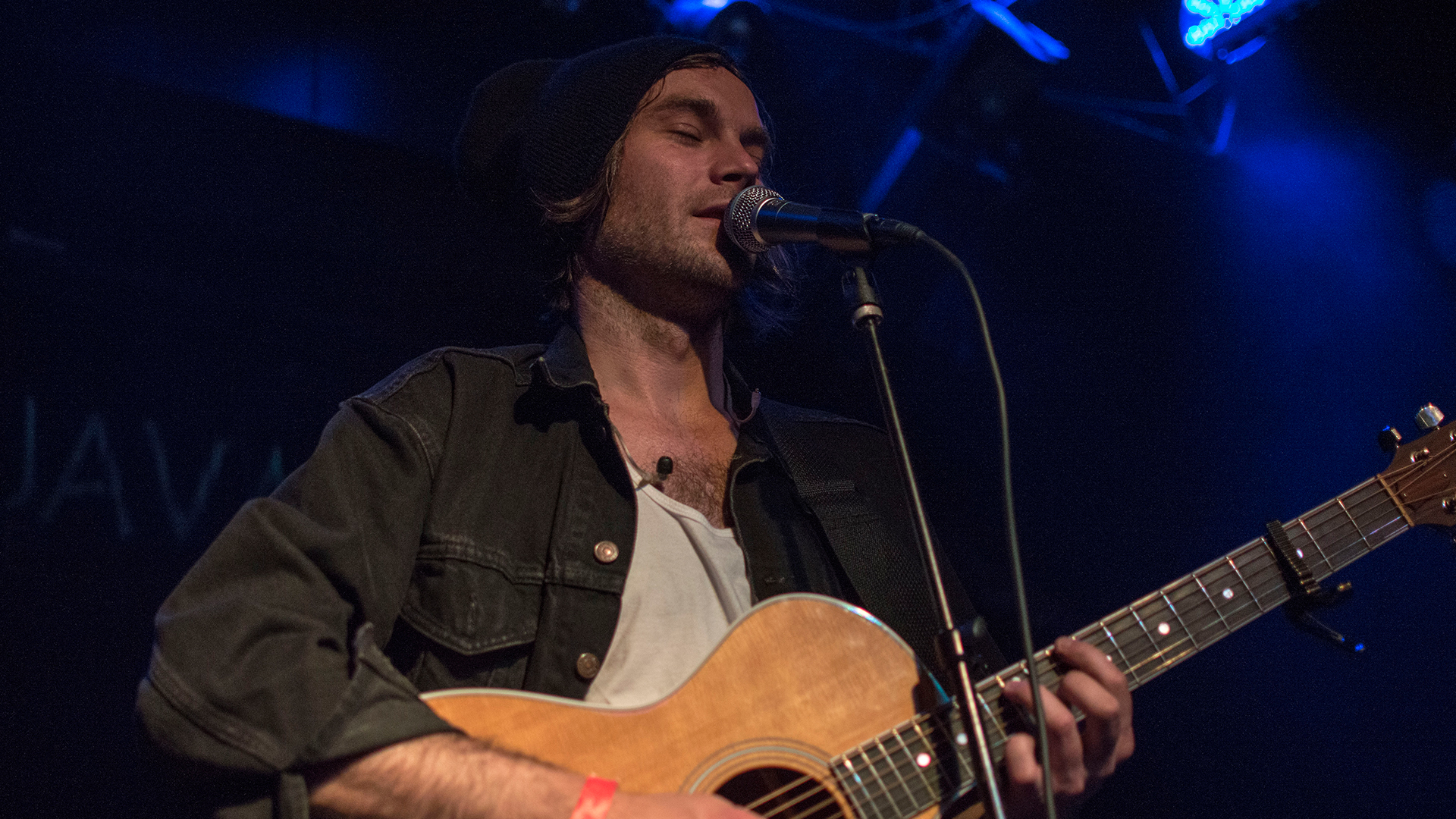 Ever had the urge to quit your day job and pursue your passion full-time? Few people take that leap of faith and have it work out, but such was the case for Handsome Ghost's frontman, Tim Noyes. Swapping his teaching job in the Bronx for a life on the road, the Boston-native has become one of the industry's breakout stars since his track "Blood Stutter" blew up on Spotify in 2014. Some thirteen million streams (for that track alone) and two EPs later, the musician is touring once again, this time in support of his latest project, Brilliant Glow.

Making his way down the East Coast after stops in New York, Philly, and Boston, Noyes and his bandmates— keyboardist, Caitlin Marie Bell, drummer, Nick Rotunno, and synth player, Eddie Byun—brought their show to the Jammin' Java in Vienna, Virginia, and we were front and center to capture it all. Check out photos from the four-piece's show below, which saw an opening set from Brooklyn's Yoke Lore, then make sure to Track them on Bandsintown to stay updated on when they'll be playing a show near you!