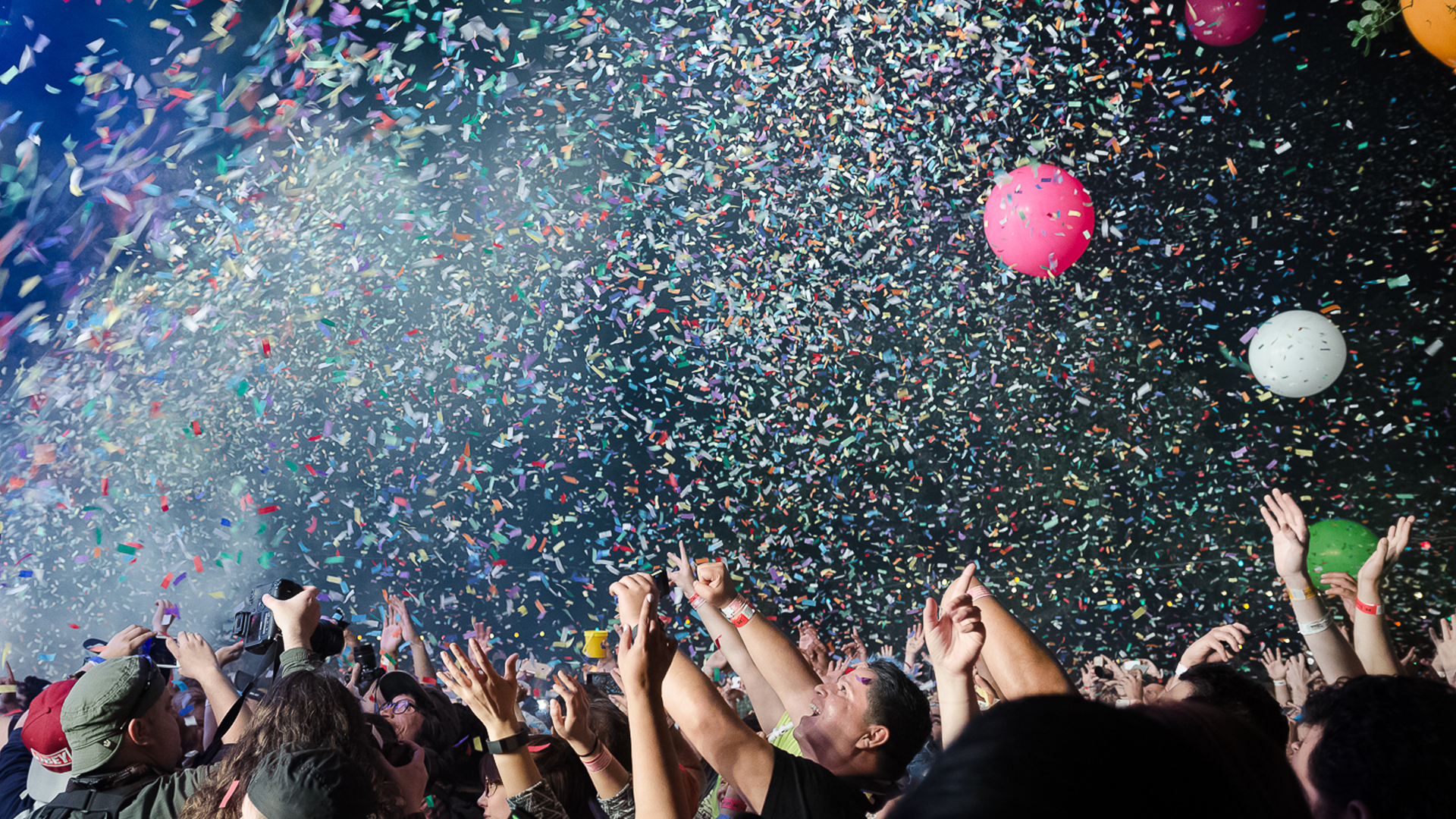 They say the way you spend your New Year's Eve is how you'll spend the rest of the year. So why not start 2017 off right by being at a live concert when the clock strikes midnight? We've pulled the ultimate list of concerts around the country (and some zingers in London) that are happening on December 31, so whether you live in Chicago, LA, or Vegas, you'll have somewhere to spend the last few hours of 2016, with your favorite friends and your favorite band.

Check out the list below, then grab tickets while you still can, party people!

Travis Scott at The Observatory |

Lil Uzi Vert at The Novo by Microsoft |

Basement Jaxx at Ministry of Sound |

Kurt Vile + Woods at The Fillmore |

Bonobo at The Midway |

Lil Dicky at The Village |

Unknown Mortal Orchestra at The Independent |

Sleater Kinney at The Masonic |

Better than Ezra at House of Blues |

Ludacris at The LIGHT Vegas |

Sting at The Chelsea at The Cosmopolitan |

Wu-Tang Clan at The AXIS at Planet Hollywood |

Cheap Trick at The Foundry at SLS |

Travis Barker at Vanity at The Hard Rock Hotel |

Above and Beyond + Yellowclaw + Tritonal + Delta Heavy at Resolution |

Lettuce + Tauk at the House of Blues |