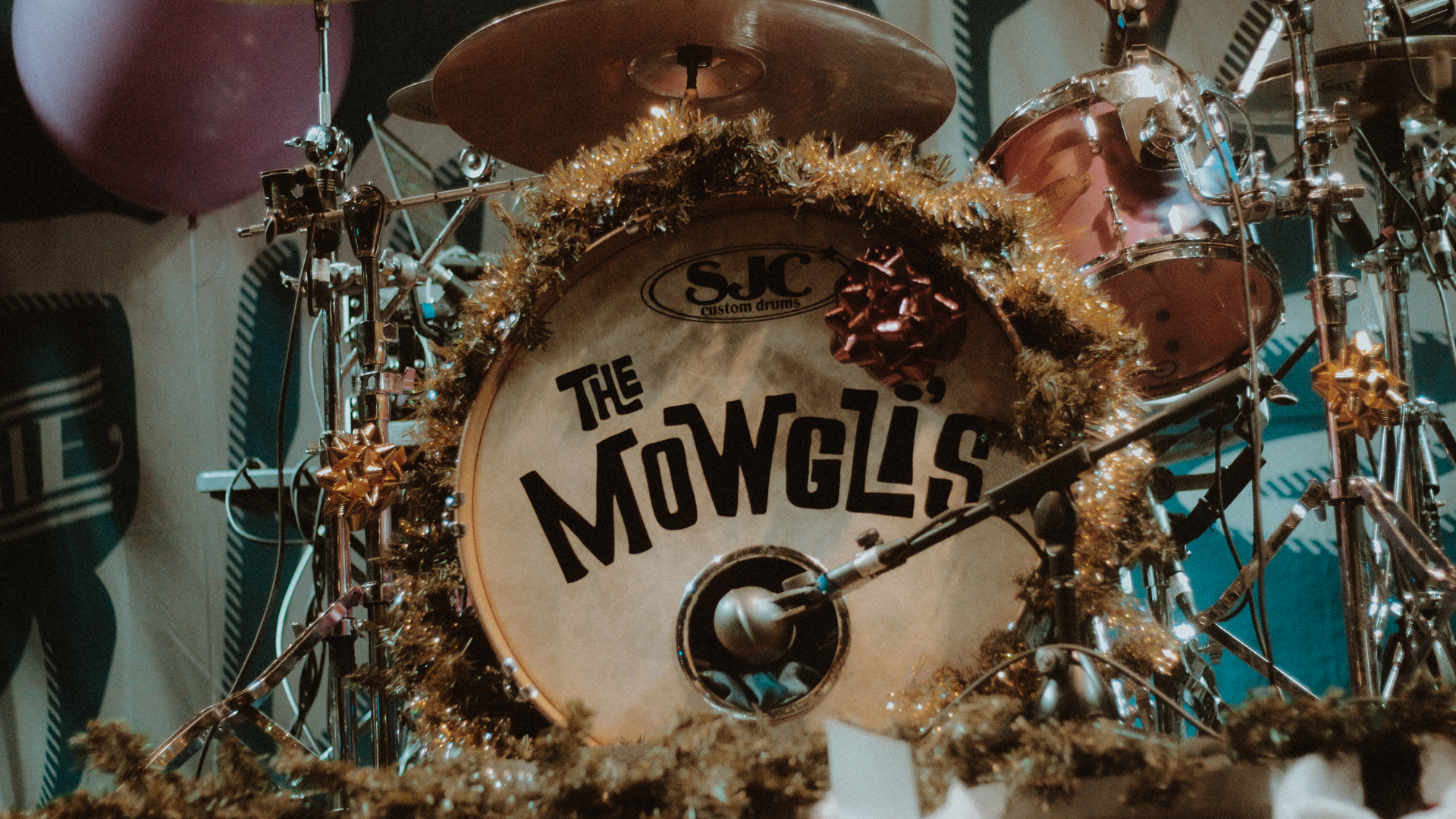 Earlier this fall, folk rock band The Mowgli's hit the road in support of their recent release Where'd Your Weekend Go?. The tour with the same name, stopped everywhere from Grand Rapids to New York, ending in mid-October in Tuscon. Although their recent run has been over for several weeks, the band—Colin Louis Dieden (vocals/guitar/percussion), Katie Jayne Earl (vocals/percussion), Matthew Di Panni (bass/vocals), Josh Hogan (guitar/vocals), Dave Appelbaum (keys/vocals), and Andy Warren (drums/percussion/vocals)—still had a few shows left in the year, one in November in Anchorage, Alaska, and one in their hometown of LA in honor of the holiday season.

The Los Angeles concert, hosted at Teragram Ballroom by KROQ Locals Only looked like the set of a holiday music video, with the stage wrapped in tinsel-threaded garland and shiny stick-on bows, and drummer, Warren, donning a Santa hat. Not newcomers to KROQ Locals Only, a radio show which airs five songs by local and unsigned bands as voted by listeners, who presented the concert, the "I'm Good" group was welcomed home with open arms.

Check out photos from the show below to get into the holiday spirit, then Track The Mowgli's on Bandsintown so you don't miss them live in your city!