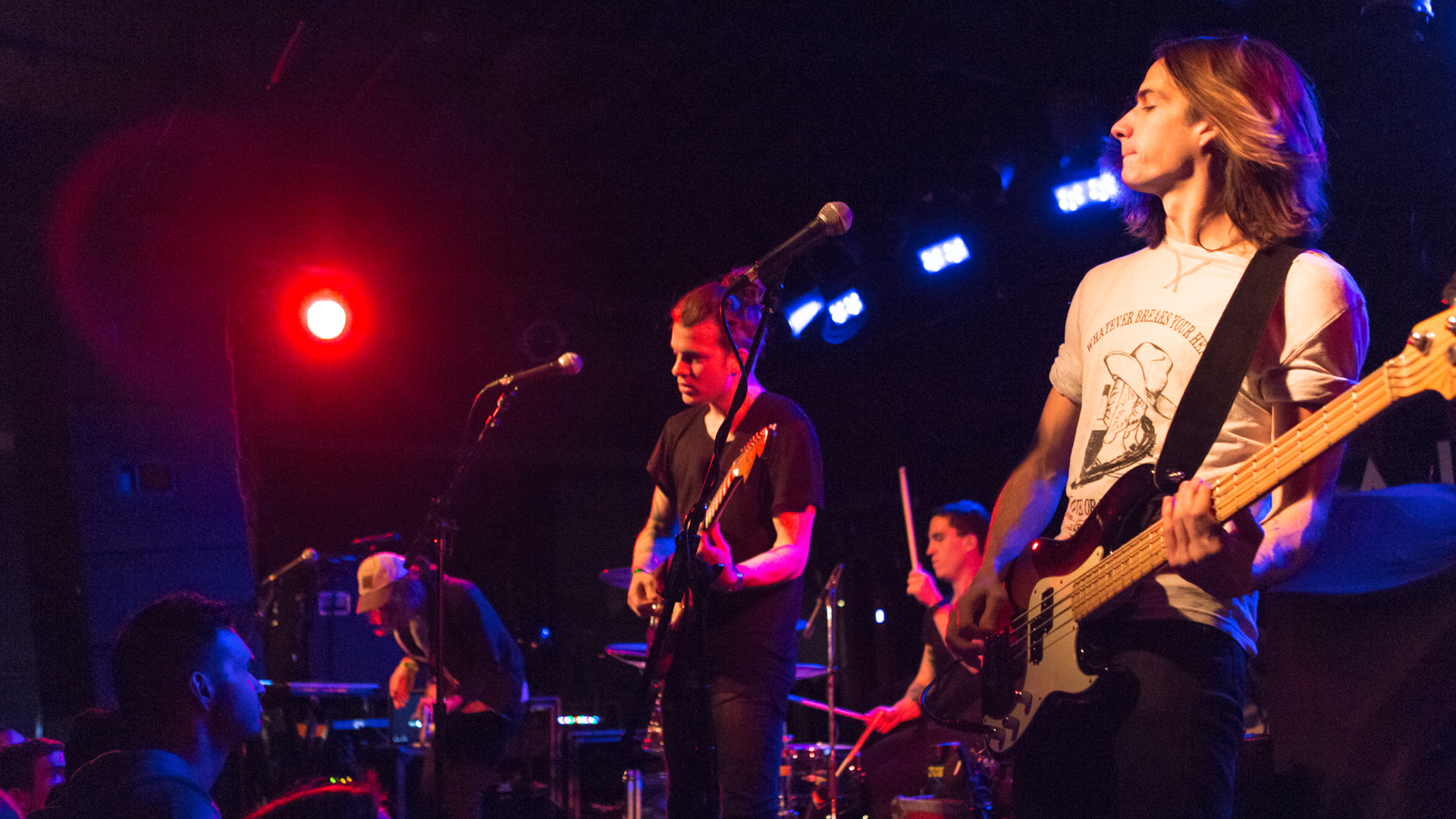 Of all the times we've seen CRUISR live, we were surprised this had never happened before: catching the band when lead singer Andy States was under the influence of a cold.

Despite the fact that their lead singer's voice wasn't what it can be (yes, band members are susceptible to sore throats like the rest of us), the Philadelphia surf popsters still put on a killer show. It was frigid in Chicago this evening, but fans of the "Kidnap Me" band came out to support States, Jon Van Dine, and Bruno Catrambone after their two-track single release Throw Shade and their single-plus-B-side, "Take That", "The Fritz"—four happily welcomed new tracks for lovers of the trio's upbeat mid-summer sound.

2016 also came with two support slots for CRUISR, one with Against the Current this past fall, and a spring tour with PVRIS. With the show we caught at Bottom Lounge being one of the most energetic we've seen this year, even with their frontman battling a cold, we're sure they won over audiences everywhere they performed.

Browse all of our photos from the concert below, and if you're thinking about checking out the guys live, you'll have a handful of chances in 2017, with their six-date headlining tour going down in February. You might also consider spending your New Year's Eve hearing tracks off All Over performed live, since CRUISR will be performing a hometown show with Vacationer and Suburban Living. Get all of the details here!