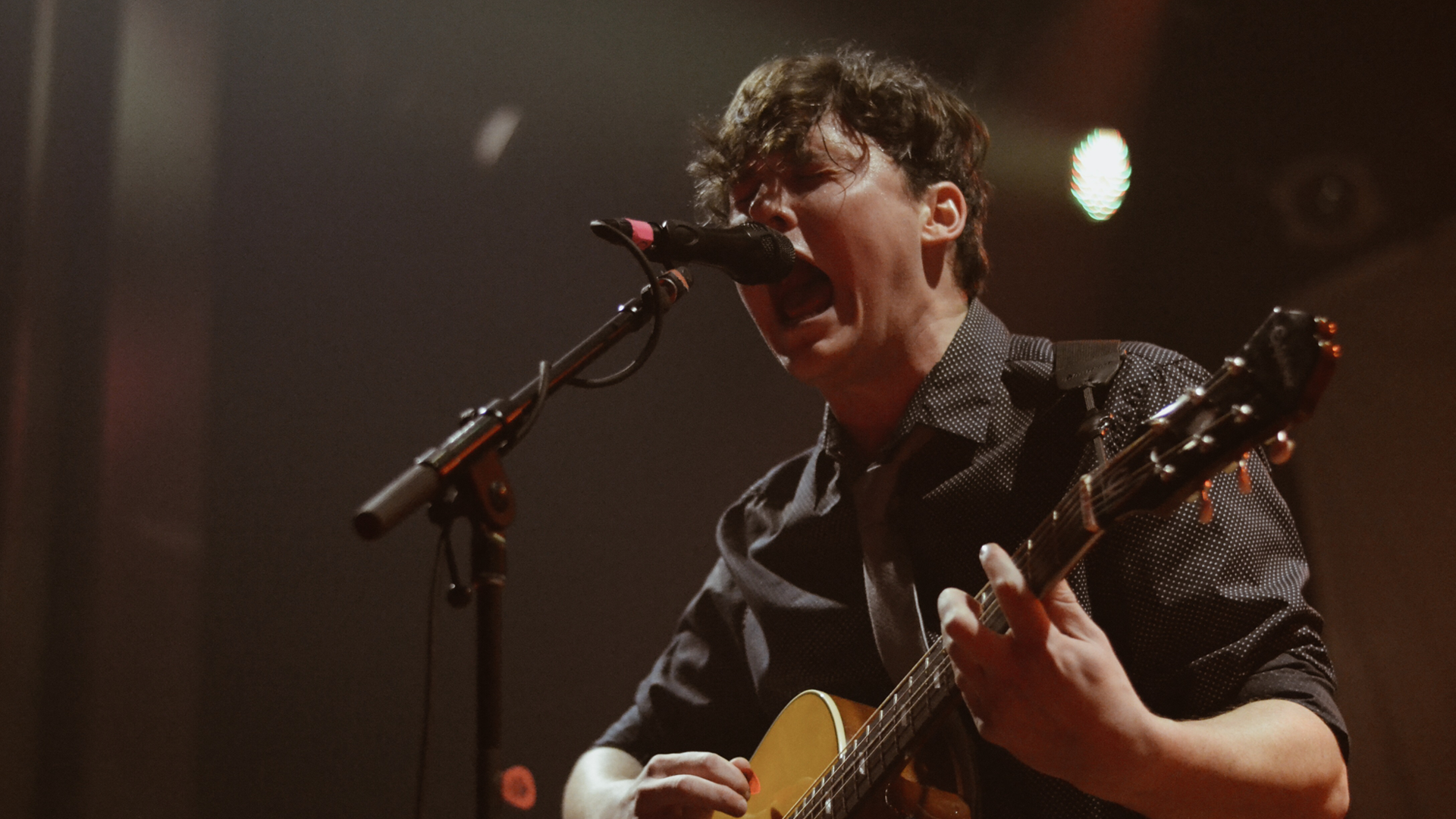 What could be better than a holiday showcase in New York City featuring all your favorite bands? One thrown by The Front Bottoms taking place in all three rooms of your favorite venue, Webster Hall—a la Champagne Jam 2016.

The festive occasion was the second that the New Jersey-based group has put together (the first was in 2014), and saw performances from a slew of insanely talented artists. Spread out among the venue's various rooms—The Studio, The Marlin Room, and The Grand Ballroom—acts like Screaming Females, Dollys, Brick + Mortar, Diet Cig, Jank, Ezra Furman, and LVL UP took to the stages for the sold-out affair. The main event of the night, however, was when the "Twin Size Mattress" four-piece assembled onstage for their headlining set with both their instruments and bottles of champagne in tow.

Check out photos from the highly-anticipated event below, and make sure to Track all the performers who made it out for the big night. Here's to hoping the band turns it out for 2017 as well!