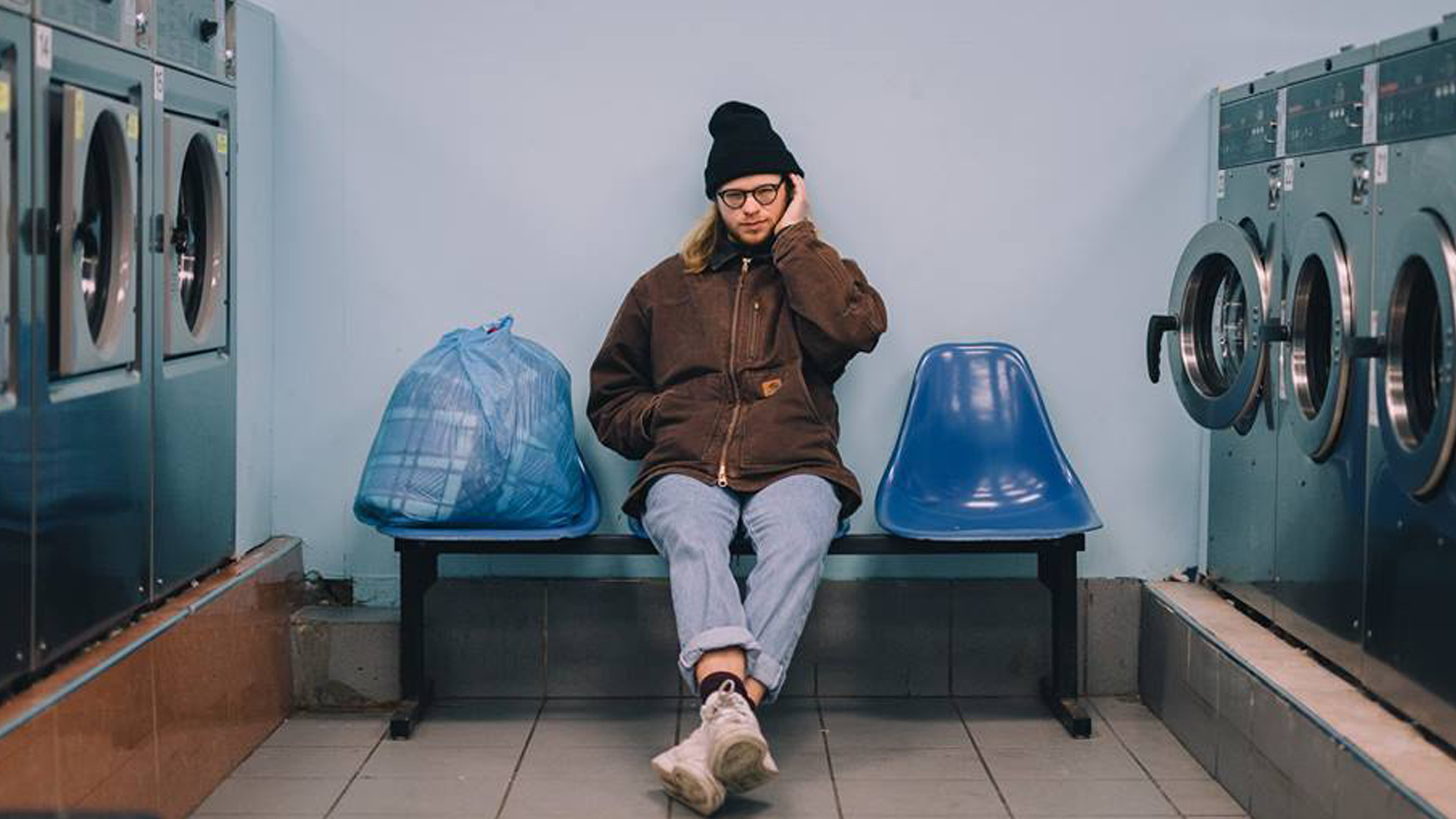 Have you ever heard of void pop? Neither had we. That was until we discovered Field Trip, the NYC-based music project of NYU student Noah Davies. The musician has been playing tight-knit shows in some of Brooklyn’s coolest venues, gaining attention all over the internet, and putting out his first album, Horror Vacui—a seven-song LP that's sent us into a state of permanent chill and introspective bliss.

We caught up with the LA native to chat about his most recent release, what bands inspired his unique sound, and how one performs the daunting task of being a singing drummer. Check out the interview below to learn more. Want to see the project live? Field Trip will be headlining a show at Rough Trade in Brooklyn—don't miss it!

How do you explain your self-proclaimed genre of “void pop”?

There are a lot of subgenres to choose from, but no matter what, if you’re going to make a record in 2016 and try to pin it to some pre-existing genre or defined genre, it’s just going to be stifling because there’s such a need to create and interact with music production in really unprecedented and refreshing ways. It’s more accurate for me calling it void pop. A lot of time the record was dealing with emotional voids.

What are some other styles of music that tend to find their way into Field Trip's overall sound?

I’ve been getting into a lot more ‘80s music, Factory Records and new wave stuff in general like New Order, The Wake, and The Cleaners From Venus. I love soul and funk. In the ‘90s there were all these weirdo rock bands that were massive, like Smashing Pumpkins and Radiohead, two that are incredibly important to me. I have a lot of heroes too, like DJ Shadow, Aphex Twin. Then all the indie subgenres, and the sort of post-punk revival like The Strokes and Arctic Monkeys. One of my favorite records ever is Head Hunters by Herbie Hancock. I really try to listen to a lot of different types of music, and I like to think they all influence Field Trip in one way or another.

How did Field Trip form once you moved to New York City?

I played in some bands in LA. I was more of just like a drummer guy, I loved to write songs but I never sang them or tried to produce them by myself. I decided to come to New York and study music production. Around the same time I became really fascinated by producers throughout history, and prevalent ones now. Not that it’s irrelevant now but veteran pop, and, you know, veteran producers like Mac DeMarco and Grimes that had a lot of visibility and I just thought it was a cool, romantic thing to try to create a song completely by yourself.

Once I came to New York there were more resources for making music and I felt like I had more to say in a way, so once that started happening a lot I suppose Field Trip really began. It became less of a just me thing. Initially my hope for it was Field Trip is going to be just me, but then I needed some way to play live, so me and some of my really good friends from LA started jamming and that started to have an impact on the record. So that’s what Field Trip is, when that sort of equilibrium rose between me locking myself in my room and me writing these songs and considering how it will translate live in a rock'n'roll show.

How have California and New York influenced your songs? These two coasts have very different vibes to them.

If you’re making art or engaging in any part of expression, I think it’s really important to expose and explore contradictions that exist within everything, and that was the most immediate contradiction in my life, the opposite nature of being in those two cities. The straight up art history definition is fear of empty space, but there’s also a simultaneous fear of having no space, so that’s really what record is about, it’s about emotional extremes and just metaphysical experiences and contradictions.

When I saw you play with Hunny in October, I really thought you were going to come out and take the mic, but then you started singing from behind the drum set. How do you accomplish a task that is so physically demanding and what was the inspiration behind doing it?

Initially in the first year or so of Field Trip, I was playing guitar and singing, and Jason was playing drums which was weird because we reversed our roles—I’m a guitar player, and Jason is a drummer. In a way, when we switched back I feel like I have a lot more control now, because I’m a more comfortable drummer than I am a guitar player. And I’m not trying to brag or toot my own horn, but it is physically demanding. Like don’t get me wrong, I’m sweating after doing that.

What are some bands that you’ve been checking out live this year?

Phil and I caught Hoops at Shea Stadium in August and it was ******* awesome. I love them a lot, they’re from Bloomington, Indiana and they’re great. It’s very well done indie rock that’s not trying to be crazy off-the-wall. It’s just very “We know what we’re doing, we’re not feeling pressure to try all this weird crazy **** here.” Phil and I want to see Bon Iver, which would be awesome because his new record is you know, some futuristic goth ****. He’s ******* blowing my mind.

What would you say has been the most exciting thing about releasing your debut? What are you most excited about when performing these new songs live?

The most exciting thing about the album is honestly just responding to messages about people getting hyped about it, or I love when someone will hit us up and be like, "Oh, how did you do this? What kind of synths are you using?” Stuff like that. That’s just super awesome for me to be on the other end, because for my whole life I’ve been that kid and wondering, and just nerding out about weirdo music. So to be the weirdo that people are approaching is pretty ******* rad.

'horror vacui' cassettes are available for purchase on Bandcamp.

How did you want to celebrate Field Trip's anniversary?

Last year the way we did it is we had a one year anniversary show. It was a really great show, we played with a pretty eclectic bill. It was Dreamcrusher, The Shacks, and Emily Yacina who are all great, just pretty different. So that was cool. I want to do something like that this year. Maybe we’ll just have to have a house show. I usually like making stuff I can give away to people, last year I made like 50 cassettes and I just gave them away for free. It was like a birthday party. Here’s your party favor, you know? 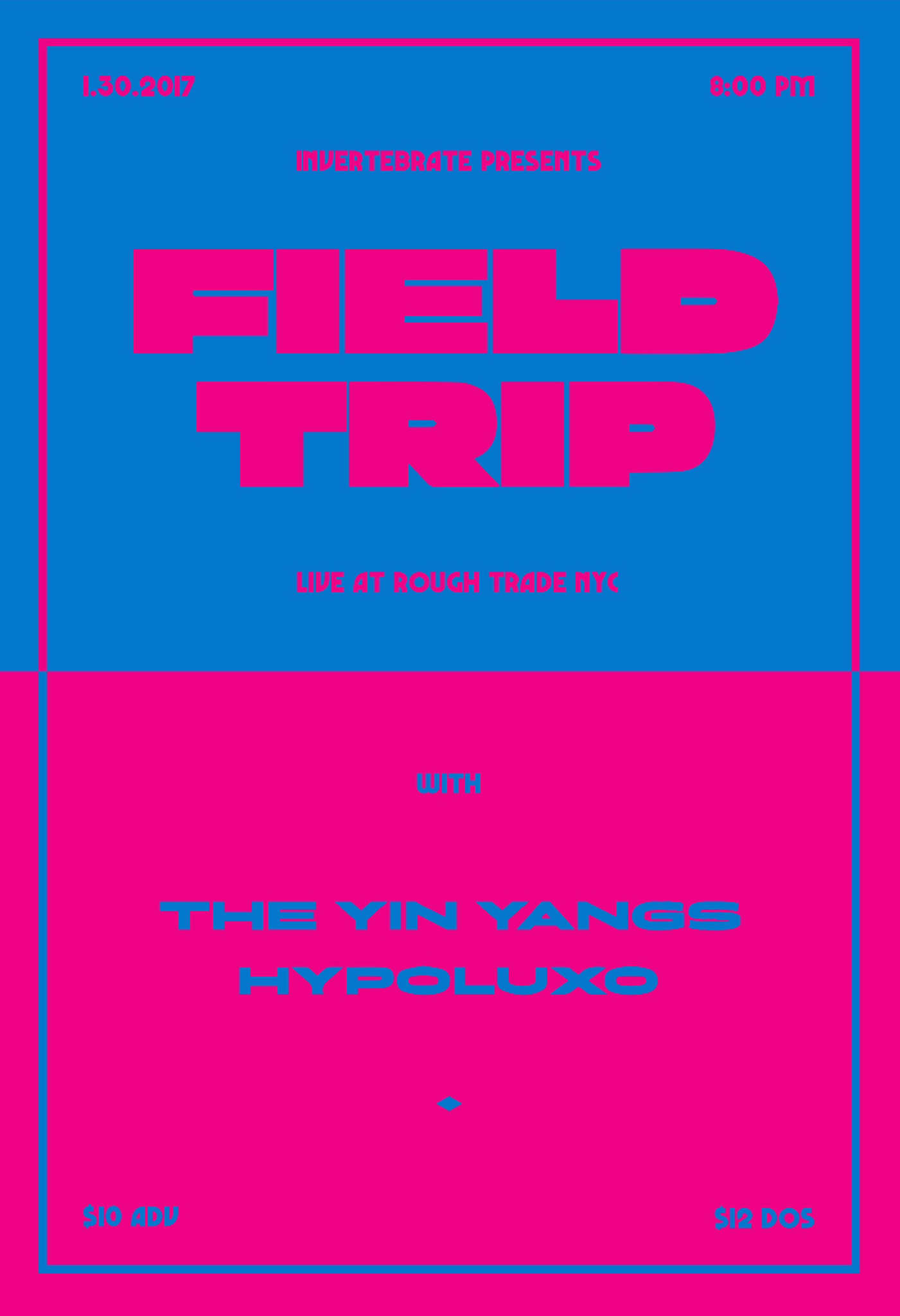