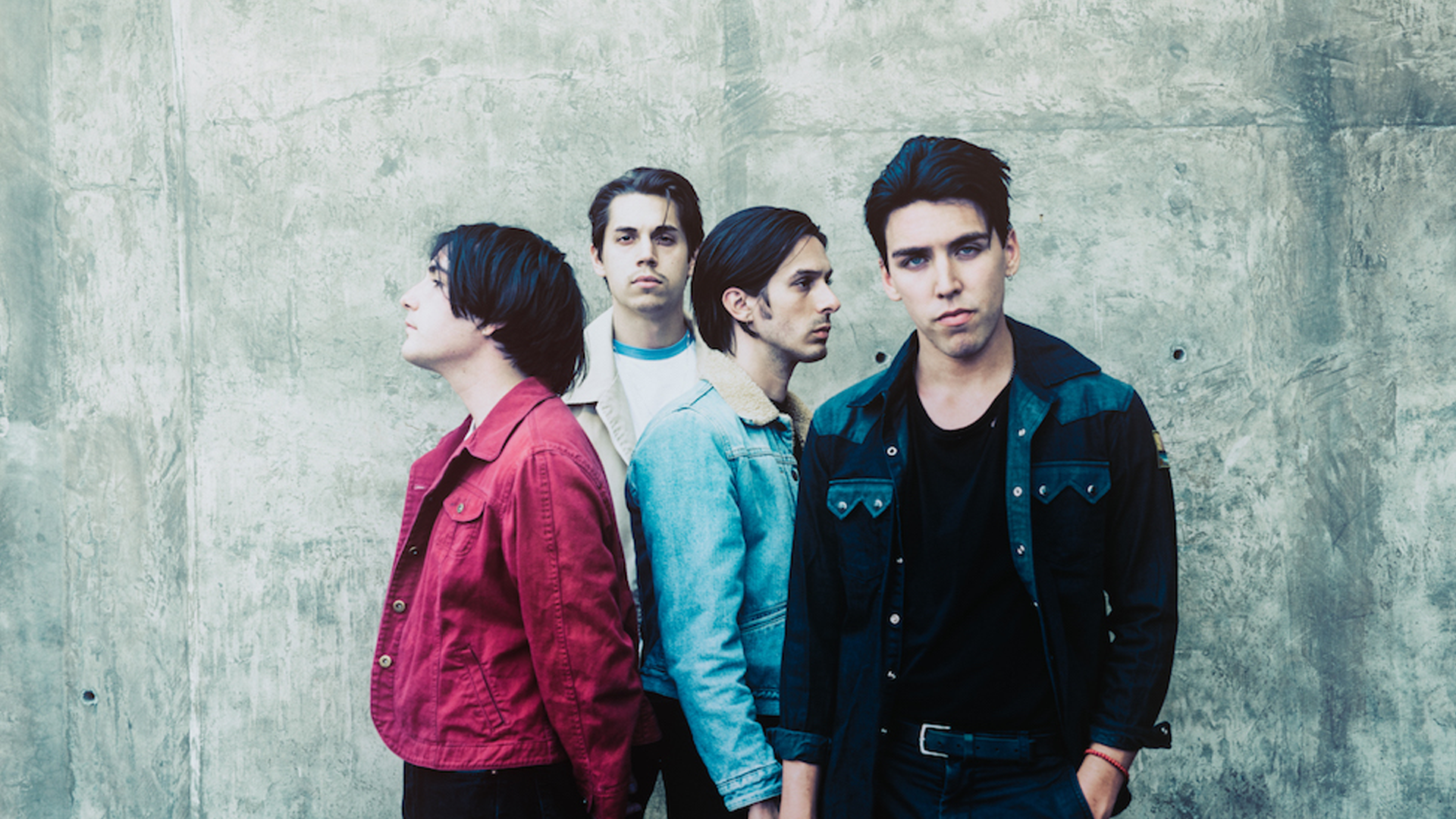 It’s sometimes hard to believe that Bad Suns is a band that only has four years under their belt. Considering that they’ve covered some major ground with an EP, two LP’s, and playing shows with seasoned alternative rock bands like New Politics, The Neighbourhood, and The 1975, it’s safe to say that the Los Angeles-bred four-piece is in it for the long run. Continuing the slew of their success, the band—Christo Bowman, Miles Morris, Gavin Bennett, and Ray Libby—embarked on their second headlining tour last fall to support their sophomore album, Disappear Here, and along with the new music came some changes with their live set.

In this exclusive interview, we got to chat with Bad Suns ahead of their Bonnaroo 2017 lineup announcement, about what inspired their new stage setup, who some of their fave musicians are to catch live, and what their fans are like across the US. Check out their answers below, and be sure to track them on Bandsintown to stay updated on any tour announcements! We can't wait to see what their stage will look like at The Farm.

Your earlier shows featured a simple black banner with the golden Bad Suns logo. What influenced the shift from this to a stage that now has a baby blue background with a glittering logo?

Our early tours were as raw as possible. We’ve been so focused on the creation of our new album, and that influences the live show. We knew we had an opportunity to do something different this time around. As was our goal with the album, the goal with the light show was to create an atmosphere you can immerse yourself in and get lost for an hour.

The lighting in your stage setups (as well as your music videos) always tends to consist of a lot of reds and blues and yellows, no matter what album you’re touring in support of. Can you explain your use of primary colors?

We mainly use reds and blues throughout our set and then highlight those tones with other colors, depending on the mood of the song.

When touring with The Neighbourhood, your visuals consisted of an electronic screen on stage that had the Bad Suns logo transitioning and morphing into different versions of itself throughout your set. Do you ever see yourself having electronic screens with your logo for a stage set up when you headline, or do you prefer to keep it traditional?

I love LED walls and screens as much as the next guy, but our band plays clubs and there’s none of that on the horizon.

What are some bands or musicians whose visual identity you really admire?

I’ve seen Radiohead a few times this year, and their visual production is incredible. Similarly, Arcade Fire have successfully managed to create a compelling identity with each album and tour. I love a spectacle.

How do your shows vary from coast to coast?

The truth is, if you put 700 Bad Suns fans in a room, no matter where you are, you’re going to get the same results: a wild and crazy show. For instance, a Los Angeles crowd would be described by many as jaded, arms crossed—that’s not what happens at our show. No matter where we are, it feels like our hometown. We’re very lucky to have an amazing community of fans surrounding this band.