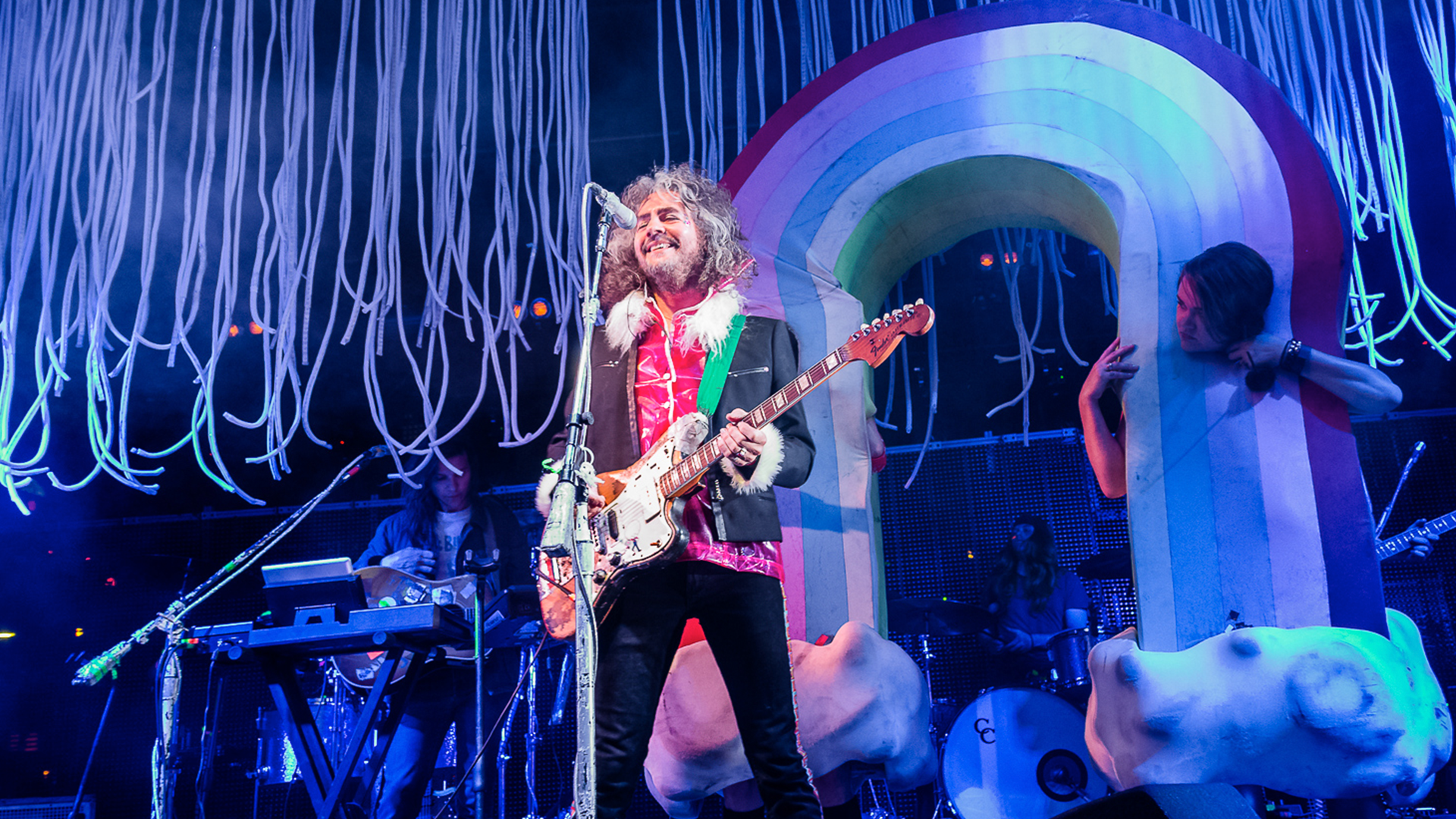 Today is an extra special day for die-hard fans of Oklahoma-bred space rock engineers, The Flaming Lips. On top of today being the release date for their sixteenth studio album, it also marks the big 5-5 for lead singer, Wayne Coyne. Because what better way to celebrate your birthday (and Friday the 13th) than with a new LP release?

Since banding together in 1983, the psychedelic boy-wonders have made it clear that letting their freak flag fly during live performances is kind of their shtick. Pulsating, UFO-themed stage designs? Check. Singing from inside a giant bubble floating over concertgoers? Check. Having backup dancers dressed as giant mushrooms and rainbows? Check, check.

Relive some of our favorite onstage moments from The Flaming Lips below, then make sure to Track the "Do You Realize??" group so you don't miss them when they're in a city near you.

3. Taking Over The Other Stage At Glastonbury To Play "Do You Realize??"

5. The Band's Balloon-Heavy Rendition Of "Bohemian Rhapsody" At SXSW in 2006

6. The Flaming Lips + The White Stripes Team Up For "We're Going To Be Friends", "Seven Nation Army", and NYE Countdown

7. Coyne Doused In Fake Blood For Their "The Spark That Bled" Performance

8. TFL + Sean Lennon Perform A Mind-Bending "Lucy In The Sky With Diamonds" Rendition