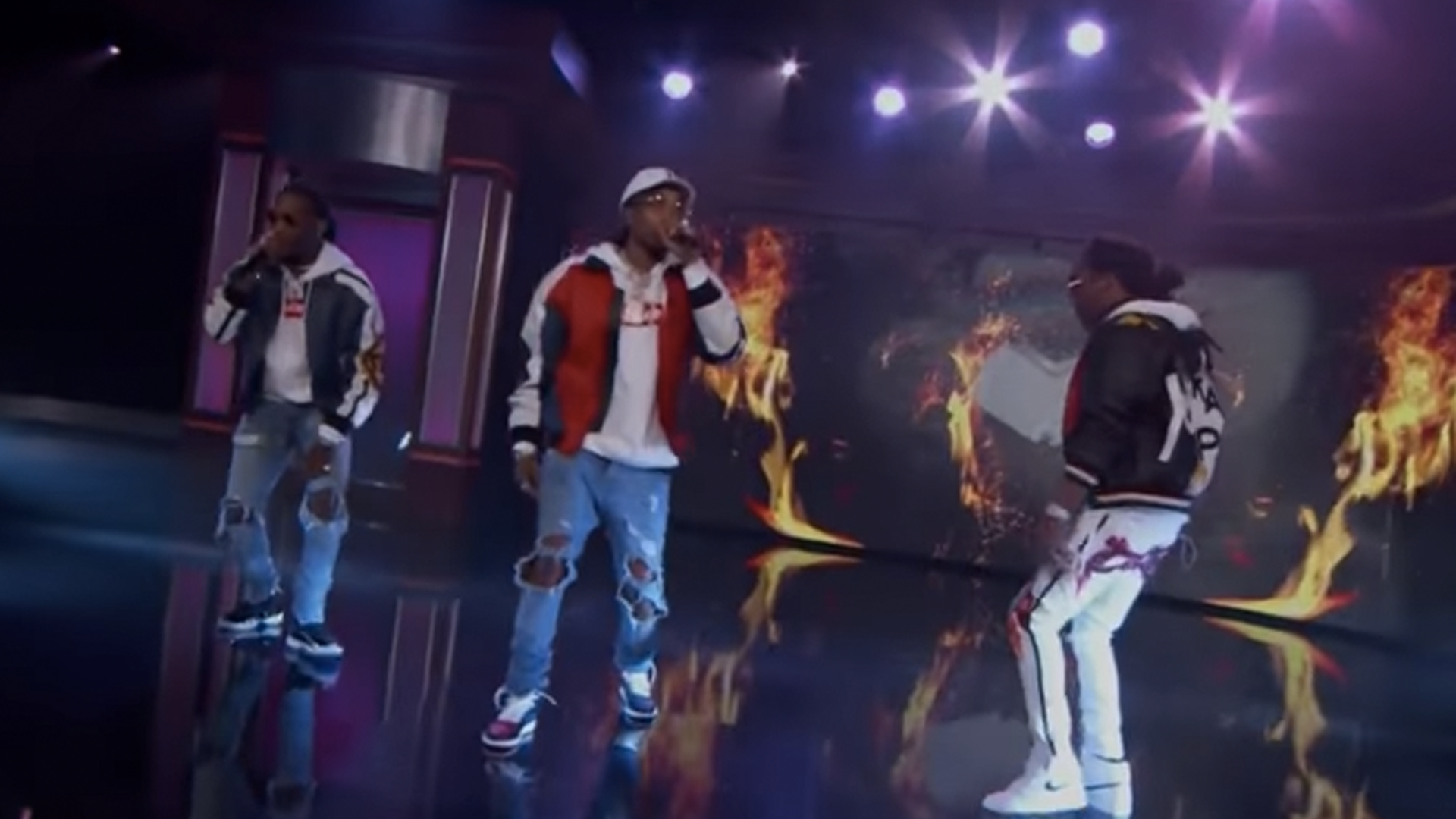 Ever since Donald Glover shouted out Migos' "Bad and Boujee" during his Golden Globes speech, the track has been everywhere. Between shooting to No. 1 on the Billboard Hot 100, to Jimmy Kimmel inviting the Georgia rap trio to perform the single, which appears on their upcoming album, C U L T U R E, on his stage last night, everyone's been rapping "Rain drop, drop top" non-stop.

All three members—Quavo, Offset, and Takeoff—took to the stage for a high-energy performance of the Metro Boomin-produced track. Decked out in matching Supreme-inspired hoodies promoting their upcoming LP, the rappers danced around the stage while flame artwork flickered behind them.

Check out the eye candy below, then make sure to Track Migos so you don't miss them live when they're in a city near you.