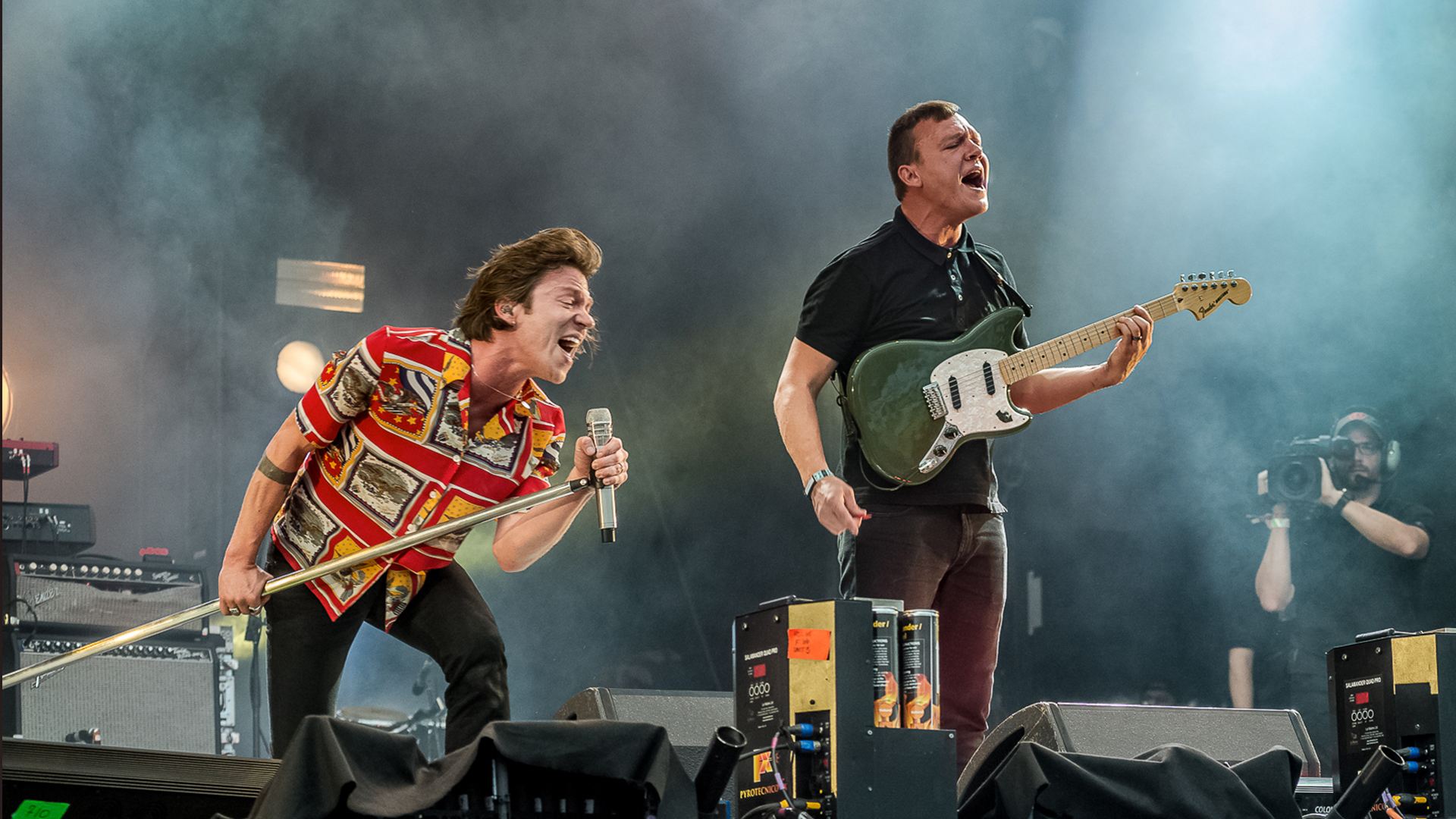 How does one celebrate their biggest UK concert to date? By allowing fans across the planet to still be there, naturally. In partnership with NME, Cage The Elephant will be livestreaming their milestone performance at London's 02 Academy Brixton tonight, marking the end of the Kentucky-bred group's sold-out UK run.

Starting at 4:30 p.m. EST, you'll be able to tune in to "Trouble" creators' show via their Facebook page, as well as NME's. If the setlist tonight is anything like Tuesday night's in Glasgow, the four-piece (plus touring members Matthan Minster and Nick Bockrath) will be playing an even mix of songs from their 2015 Grammy Award-nominated album, Tell Me I'm Pretty, and their other three studio albums, Melophobia, Cage The Elephant, and Thank You, Happy Birthday.

After tonight, the "Ain't No Rest For The Wicked" rockers—who have more No. 1 alternative songs than any other artist this decade—will be continuing on with their EU tour until it wraps on February 6 in Portugal. What's on the agenda after that? Festival season!

Make sure to Track Cage The Elephant so you don't miss them when they bring this show to a city near you.