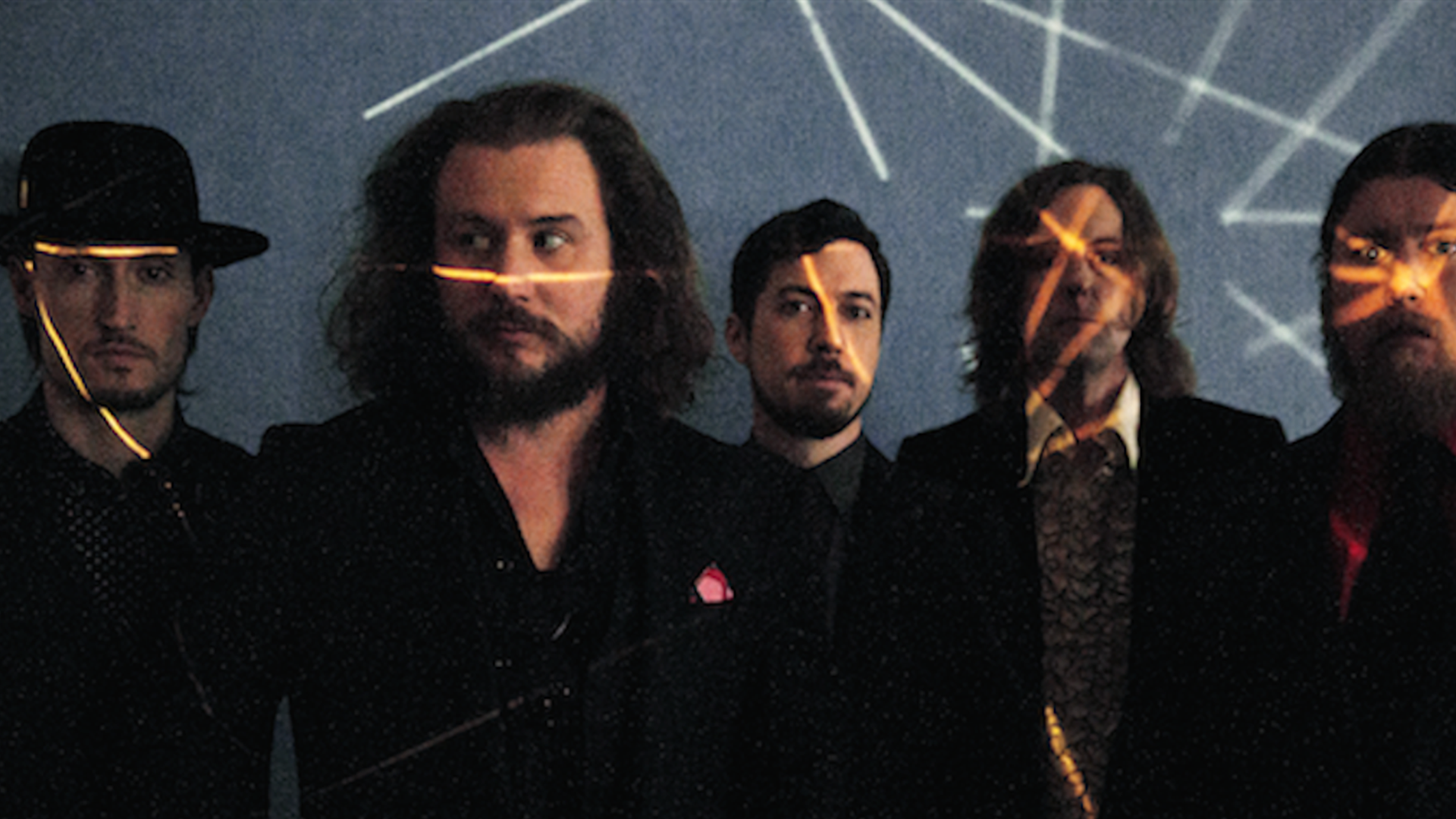 My Morning Jacket fans not living in the greater New York area—it may be time for a road trip. The Louisville-bred alt rock group have announced that they'll be performing their only show in the Big Apple this year at Forest Hills Stadium on July 15. The cherry on top? The "Golden" musicians have enlisted the help of Grammy award-winning blues rocker Gary Clark Jr. to open the concert. Tickets go on sale Friday, January 27 at 10 a.m. (ET) here.

The band members—Jim James (lead vocals, guitar), Tom Blankenship (bass), Patrick Hallahan (drums), Carl Broemel (guitar), and Bo Koster (keys)—have been masterfully blurring genres since 1998, so we can't wait to see them do their thing at the historic Queens venue for the first-time ever.

Just in case your road trip fancy hasn't yet been fully tickled (we get it, long drives and no bathroom), we've rounded up some of our favorite things about an MMJ live set that you just might catch, too, if you see them in concert. Trust us, they're all totally worth holding it in for another few miles.

At one show, Jim James introduced the crowd to a "new pal from around the way," then suddenly, Metallica's Kirk Hammett joined MMJ onstage to perform one of their biggest hits, “One Big Holiday”. Ummm... As you could imagine, the crowd went nuts.

2. You could catch a comedian in a stage dive.

The truth is, Zach Galifianakis once sang a cover of Mötley Crüe's “Home Sweet Home” with My Morning Jacket while wearing an Annie costume. Classic. Although he didn't jump into the crowd for this one, the band's got friends from all over, and we're guessing one of them could be down for a dive. Our advice? Enjoy the show with open arms.

3. The freedom to headbang.

It was once expected that if you attended a My Morning Jacket concert, there would be headbanging. Blankenship once explained, it “takes its toll, especially on your back”—so even though the band takes it a bit easier now, fans can still remember the old times on songs like "Evil Urges".

4. You could experience a two-fer by hearing tracks from the band members' side projects inside the set.

James, Broemel, and Koster have been known to work on solo material, so there's always extra music to enjoy. Who's done what? Jim James released a solo album, Eternally Even, late last year, and Broemel also put out an LP of his own, 4th of July, this past August; Koster has collaborated with everyone from Neko Case to City & Colour. If you listen closely, you might just hear a side project solo come through!

5. These people know how to pay tribute.

Besides his solo goodness, the MMJ frontman frequently collaborates with other famous musicians, most notably getting involved with Elvis Costello and Marcus Mumford to form supergroup, The New Basement Tapes. Why was the band's first LP, Lost on the River: The New Basement Tapes, so cool? Because it turned never-before-seen Bob Dylan lyrics into songs. My Morning Jacket has also recently covered Pink Floyd and Erykah Badu. Who will they honor next? Get tickets to find out.

6. The proceeds from your ticket could go to a good cause.

You can feel extra good about supporting My Morning Jacket's live shows and tunes. Why? The group released an anti-violence song called “Magic Bullet” back in July of 2016. Why else? One dollar from each ticket sold to their Forest Hills Stadium show will benefit their Waterfall Project, "dedicated to supporting and promoting actions, big and small, for positive change in the world."

7. Their live set comes with something totally unique.

It’s hard to put a label on this five-piece. With their style ranging from alt-country to psych-rock, each one of their songs is a unique experience, which makes for a super entertaining live show—just listen how to how much “Touch Me I’m Going to Scream Part 2” changes over the course of the song.

8. You could forever be part of the night.

How does MMJ make sure all of their fans can see them perform? By frequently live-streaming their shows and releasing concert films (like Okonokos), so you never have to miss their live sets, and if you're part of the crowd, you can relive your headbanging over and over again for all of time!