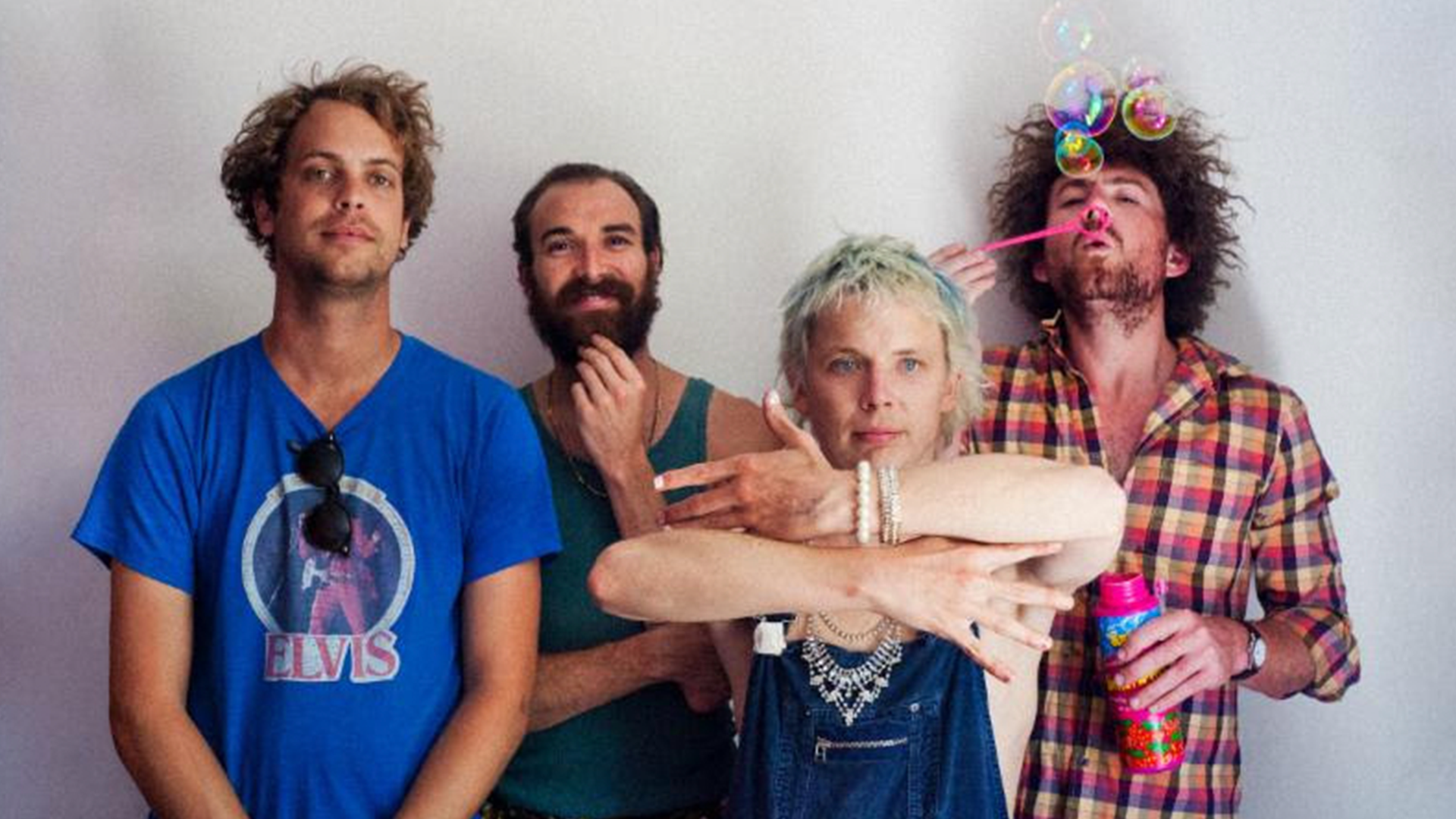 If you're a psych-rock junkie like us, Perth-based band, POND, has some very exciting news for you. After recently releasing two politically charged tracks, "30000 Megatons" and "Sweep Me Off My Feet", the four-piece have revealed that both songs will appear on their forthcoming album, The Weather, due out on on May 5 via Marathon Artists.

Both singles stay true to the swirling space rock sound that they've become synonymous with, which makes total sense given that half of the band has either played with, or currently plays in, Tame Impala. Kevin Parker even produced the album, as well as their 2015 record, Man, It Feels Like Space Again. Frontman Nick Allbrook commented on the LP in a press release, saying, "It's a concept album, not completely about Perth, but focusing on all the weird contradictory things that make up a lot of colonial cities around the world."

While we patiently wait for the first week of May to hear the 10-track project in full, they've also shared their first batch of tour dates for 2017. The Aussie rockers will be playing the record for the first time at Moth Club London on February 14 (can you think of a better way to celebrate Valentine's Day?). From there they'll be playing festivals around the globe, including London Calling in Amsterdam, Primavera in Barcelona and Porto, and Coachella in Indio.

Check out the visuals for their latest single "Sweep Me Off My Feet" below, then make to track POND so you don't miss them when they bring their high-energy show to a city near you.