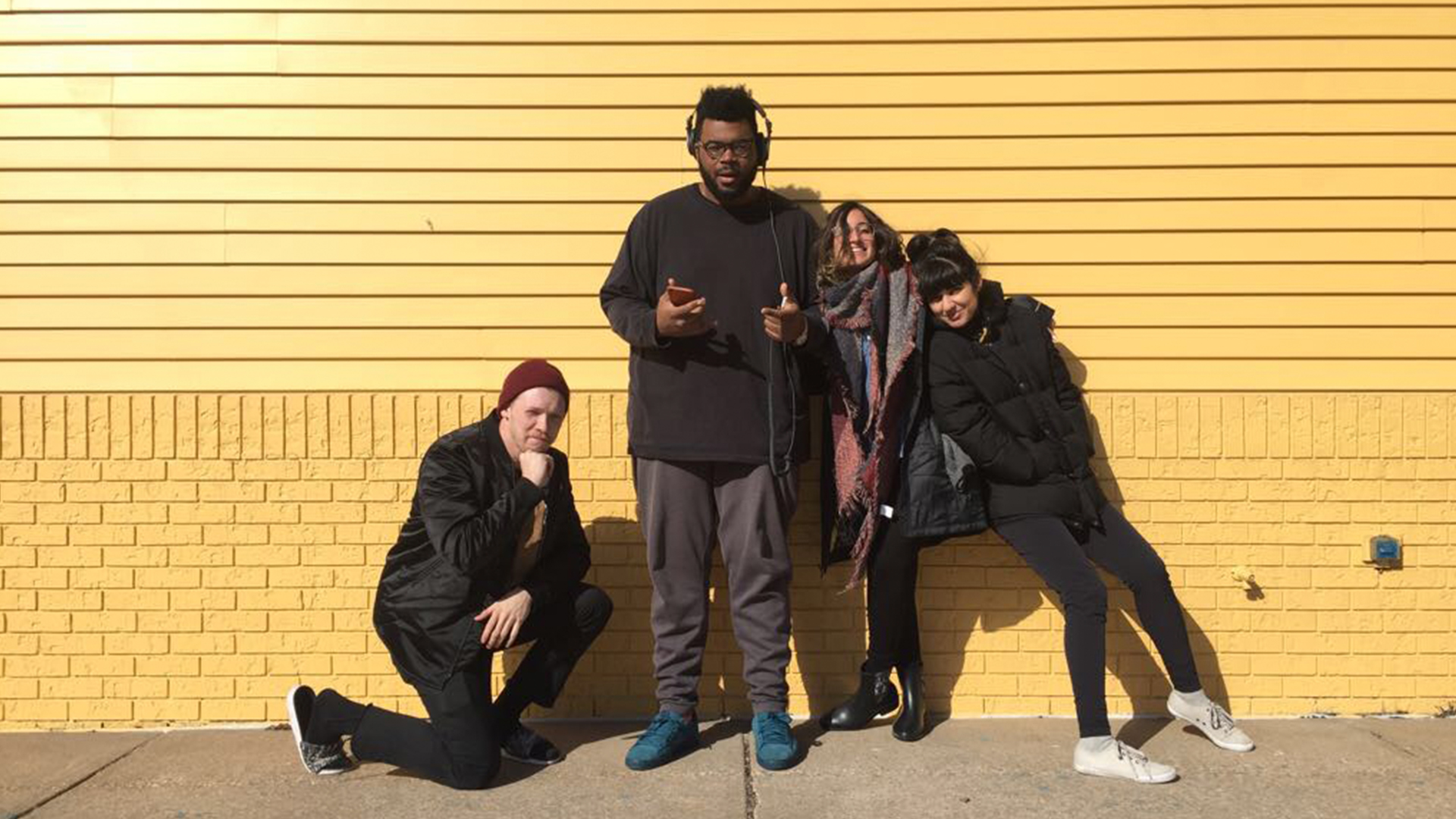 Sydney based electronic duo Vallis Alps have mastered their first bus tour. Singer Parissa Tosif and producer David Ansari joined forces in 2015, releasing an infectious self-titled debut EP. Since then, the “Young” creators have become familiar with life on the road, touring throughout Australia and, most recently, North America. With their current tour–in promotion of upcoming release, Fable–nearly selling out all of the dates, the pair have become experts on how to make traveling (and playing shows) the best time ever. With the new tunes scheduled to be released later this year, we can’t wait to see where the group will be headed next.

We were lucky enough to snag some exclusive behind the scenes content of the “Fading” performers, as they tour throughout the US and Australia. Check out the photos and a video diary from the road, below. FYI, the band has a totally epic Spotify, where they curated an exclusive playlist from the road, featuring what they listen to while trekking from city to city. Be sure to track Vallis Alps on Bandsintown so you never miss another show!

MEMORIES FROM OUR FIRST BUS TOUR

The Importance of Stretching 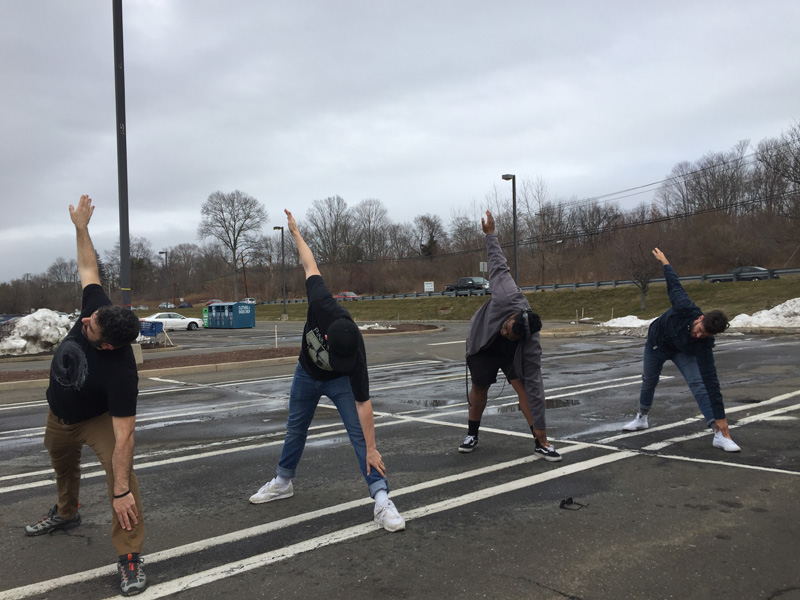 Yoga is our new favourite group activity. Nothing worse than sitting upright in a small van for hours on end without a good toilet/yoga/snack stop to help you on your way! Pictured here is Parissa leading the team on our first round of collective stretches to #align our #chakras.

The Importance of a Good Crew (and Good Friends) 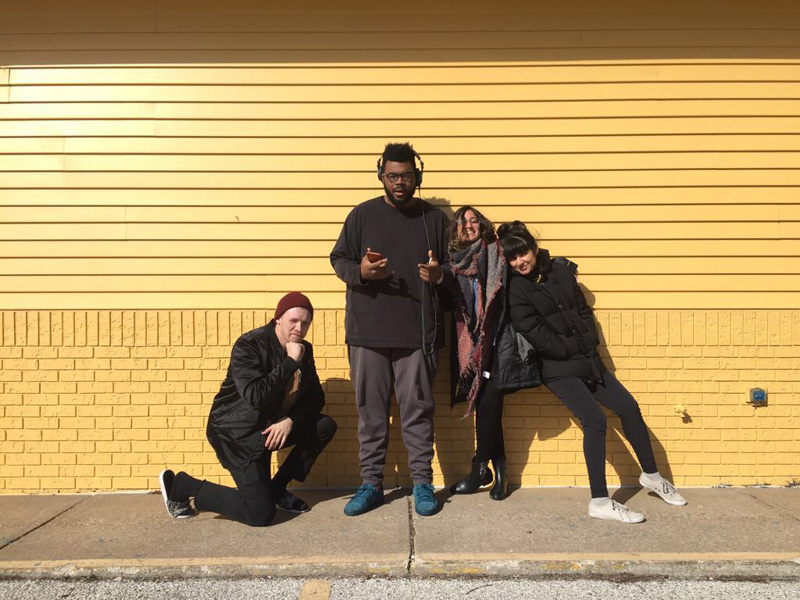 Traveling on the road with a big crew and a small van can be preeeeeetty intense. Travelling with new friends, however, makes a world of difference. There’s our legendary sound engineer Matt Gill who keeps us fed, on time and happy; the ridiculously talented Matt Maeson and his tour manager / creative director Ross Fitzgerald, who continue to keep us laughing and inspired all along the way; our beloved manager-extraordinaire Melody Forghani, who has come to every show we’ve ever played; and finally FIFA ’15, Moana and Harry Potter audiobooks, which have collectively earned honorary tour-mate status for the zone-outs they’ve provided us.

The Importance of Soundcheck 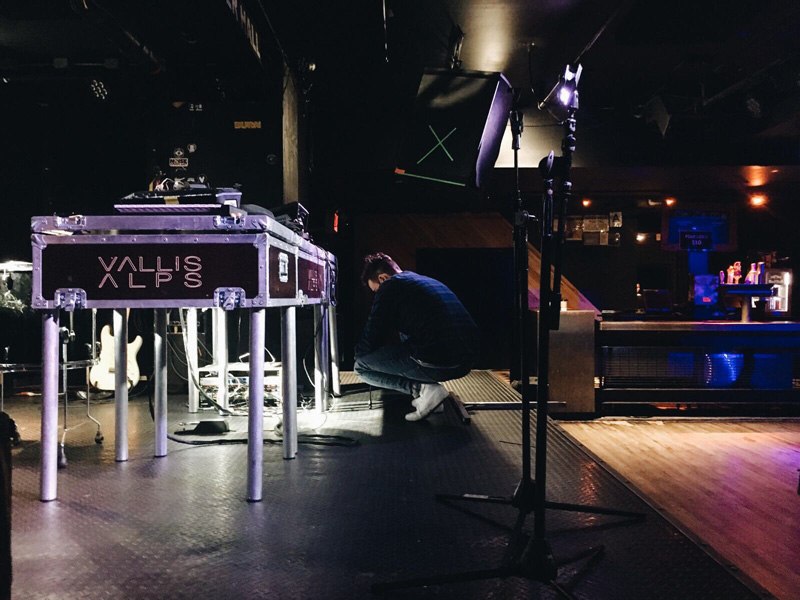 It’s all fun and games on the road until you hit the venue. We’ve learnt that a proper soundcheck can be the difference between a good and bad show. Important things to remember are to stay focused, be thorough with your set up (especially with electronic gear - triple check every cable connection) and keep to your time. Nothing’s worse than cutting into your mates soundcheck time.

The Importance of Having Fun 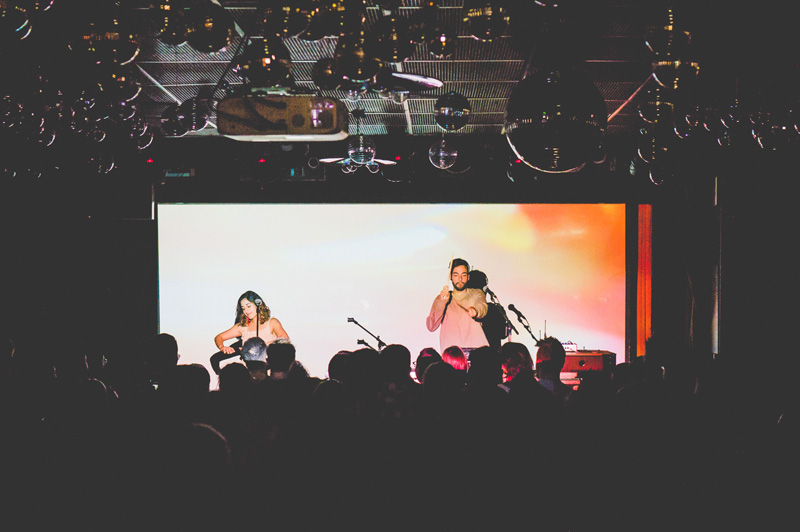 Sometimes when you’re travelling 9+ hours a day, its hard to remember what it is you're doing and why you’re doing it. It isn’t until you get to the city, finish your soundcheck and get ready to go on stage that it hits. We feel so grateful to be able to make music for a living and share our songs with our new friends in these new cities. We’ve been meeting so many incredible people and have loved getting to know them at these shows. To be able to do that as an independent band from Australia makes it that much more special.