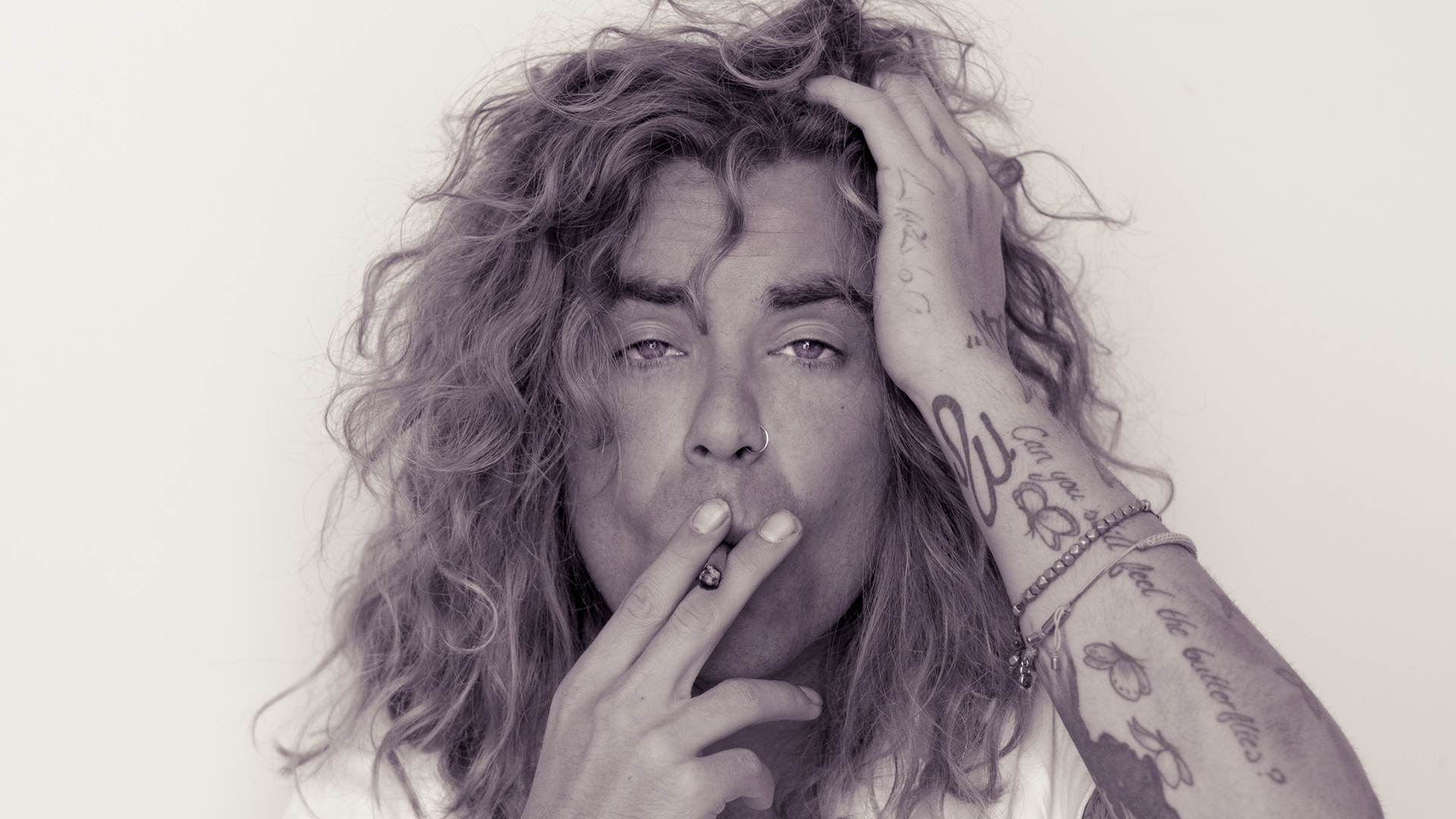 If having an unparalleled zest for life is wrong, Mod Sun doesn't want to get it right. Exhibit A? The words "Happy To Be Here" are tattooed across this stomach, an uplifting personal mantra that fans will also find plastered on a handful of items in his merch shop. Exhibit B? His upcoming album, Movie—a project that he's put his heart and soul into in hopes that it will bring light to his listeners' lives.

While the Minneapolis-bred musician has had quite the career thus far (he's previously been the drummer in two post-hardcore bands), this upcoming LP marks the beginning of a new creative wavelength for the self-proclaimed "hippy hop" artist. The record's gnash-assisted lead single, "Beautiful Problem", is a testament to that, proving his ability to craft radio-ready melodic stunners.

While you may know that the lyricist announced on Wednesday that he'd be hitting the road to promote the project for his Drive In Movie Tour, we've now got your exclusive hookup to tickets to see him live. Kicking off in Scottsdale on April 4, the run will take him throughout the US until it wraps in his current hometown, West Hollywood, on May 8.

Read our interview with the eclectic artist below, then make sure to Track him on Bandsintown so you don't miss this tour when it's in a city near you.

Movie is a huge jump, stylistically, from your previous LP. How did the name for your sophomore album come about?

It's about a movie of your life flashing before your eyes right before you die. Will you love your movie?

The album is dropping on Friday (also your birthday). Is there one track that that you’re most excited to play live?

You’re also very into visuals, a la your upcoming film, Album. Can fans expect to see any of the footage at your live shows? If not, what can they expect from the stage design for your upcoming tour?

Ok here we go—stage design will be unlike any other tour. It's going to feel exactly like going to a drive-thru movie. Everything will put you into a different world for the night. I will be sharing a ton of live footage this year, but people will not want to miss this once they see the whole concept.

Your merch is sick—where did the inspiration for those items come from?

I have studied fashion and damn near every designer for the last 15 years of my life, so when it comes to that lane, I have a pretty good grasp on what is and isn't something that will move people.

The outfits you wear for your performances are also super eclectic, where do you shop before a big tour?

All my clothes are older than me, so shopping isn't even a thing with me.

Is there anything you have to bring with you every time you go on the road?

Before becoming a rapper, you were a drummer for two other successful bands. Was it a huge transition, originally, to be centerstage during your shows?

Yes it was an uphill battle for many years, but I believed full-heartedly that my dreams are worth fighting for......here I am.

5/2: Portland, OR @ Hawthorne Theatre | Get Tickets