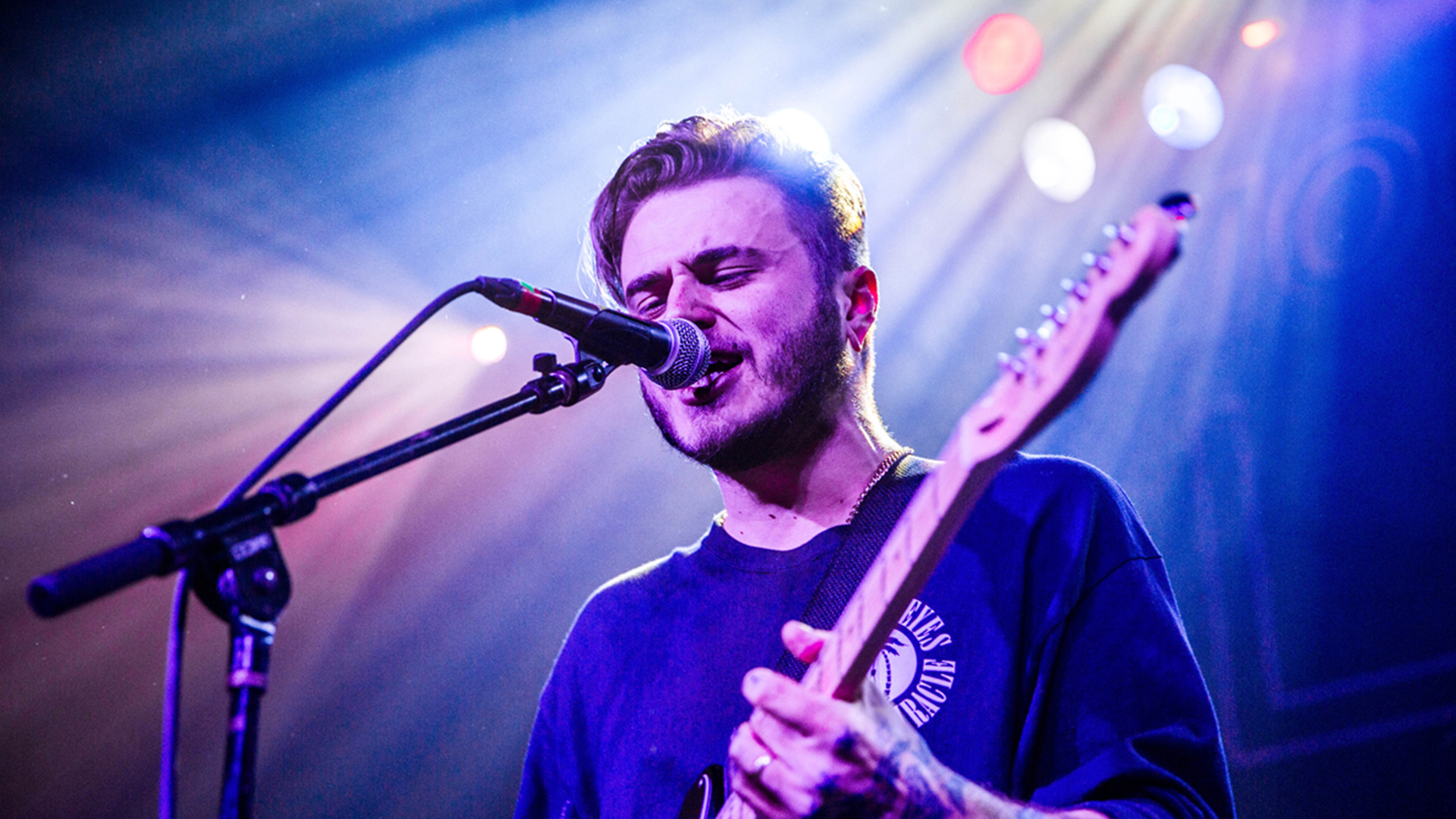 Before we tell you anything about Moose Blood—take this time to buy tickets to their eight remaining US shows here, while you still can. Now that we got that out of the way, you should know that over the last month, the English emo rockers have been treating packed houses to their latest release, Blush (which dropped last year), in all its glory.

Their Philadelphia show two weeks ago was no different, as the Canterbury band performed for a venue filled to the brim with fans, kids hanging over the balconies.

To amp everyone up, Connecticut alt rockers, A Will Away, took to the stage to perform tracks off of their latest release, Here Again. Singing along to the LP, which just came out earlier this month, is easy since the group—Matt Carlson, Collin Waldron, John McSweeney, and Sean Dibble—have all the lyrics to each song uploaded to their Bandcamp, some handwritten on their Facebook page. The band was the perfect opening to the evening's headliners, and they have incredible potential in their self-proclaimed genre of "'80s pop rock on Acid."

Although headliners, Moose Blood, are currently on tour to support the 2016 LP—an exclusive pressing of which can be found at their merch table featuring a blush on red, white, and blue striped vinyl—Eddy Brewerton, Mark E. Osborne, and Kyle Todd managed to give us a really diverse setlist. Opening with the record's first track, "Pastel", the night was off to a sweaty, and fun start.

With such high energy bouncing around the TLA, it was at times hard to hear frontman Eddy Brewerton who was trying to bless fans (including members of The Wonder Years) to favorites like “Bukowski” and “Swim Down”. With everyone below the stage singing every word, we're guessing Brewerton was honored by the madness.

Through an insane amount of crowdsurfing, Moose Blood managed to offer an intimate moment with “Cherry”, off their 2014 debut, I'll Keep You in Mind, From Time to Time, introducing it by saying, “We’re going to play a song that means a whole lot to all of us. I hope you like it”. (We did.)

If you've gotten your tickets to check them out live in concert, kudos. If not, browse the photos below to see what it might be like if you do, and don't wait another minute to grab yours.

A Will Away
Track 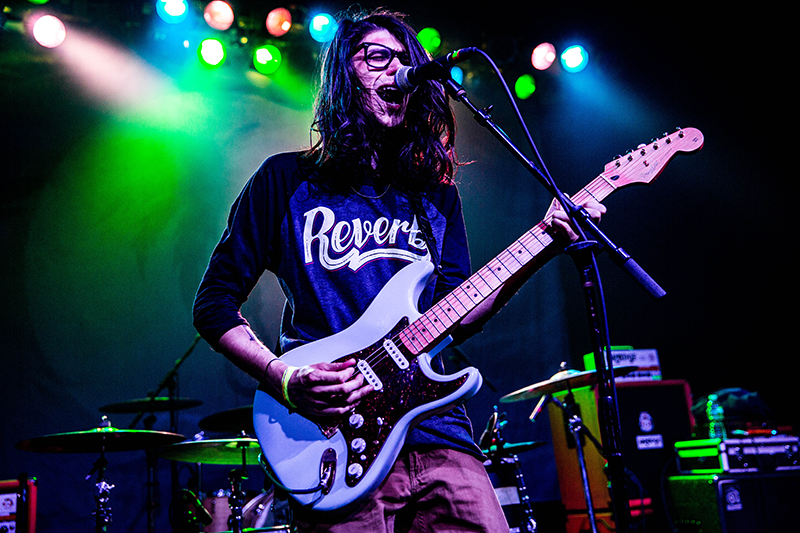 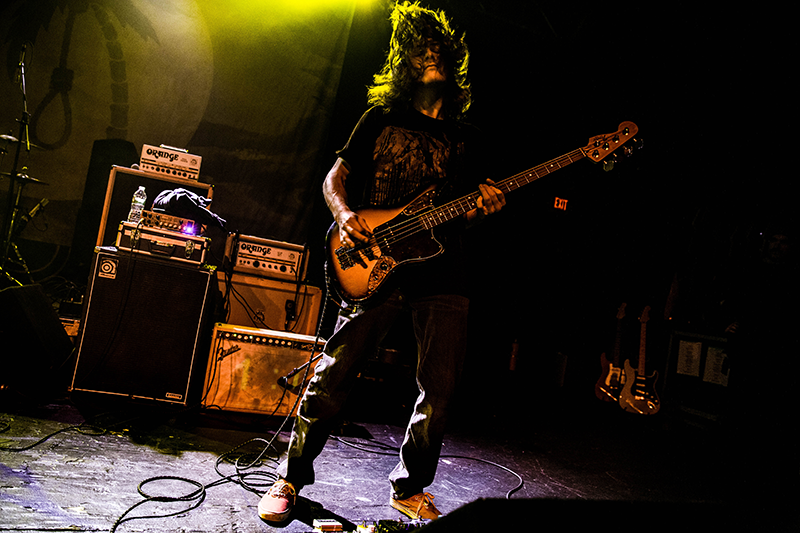 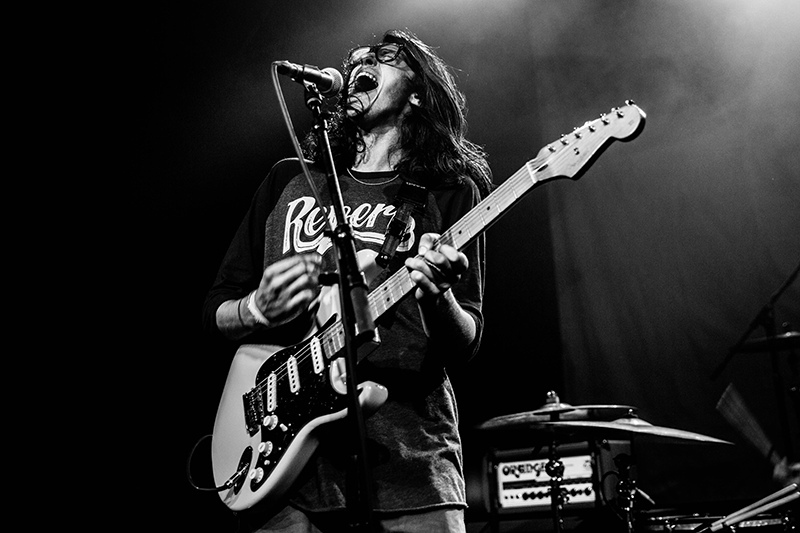 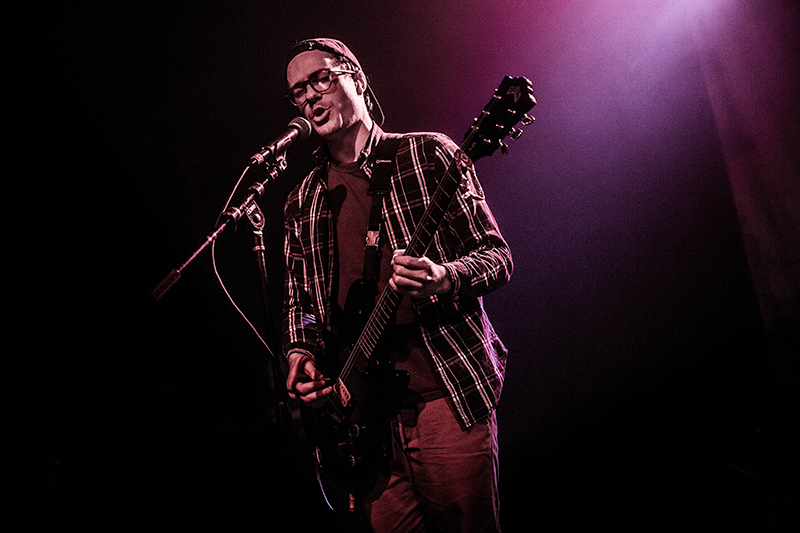 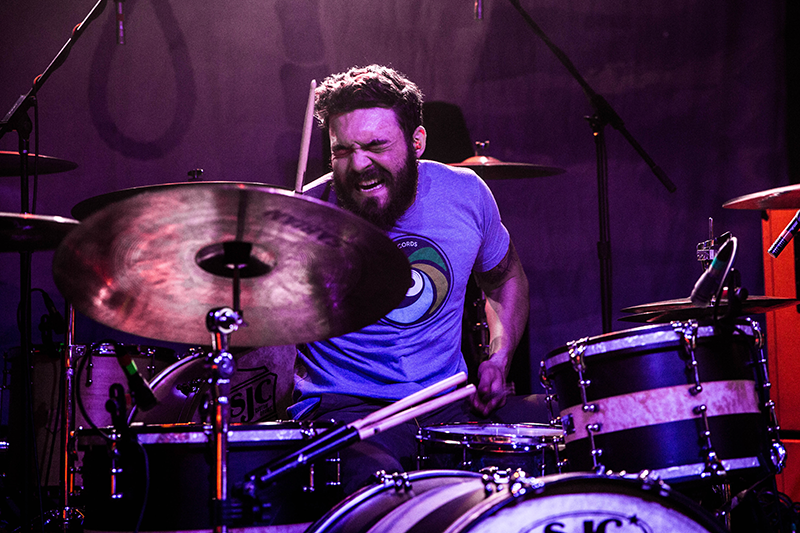 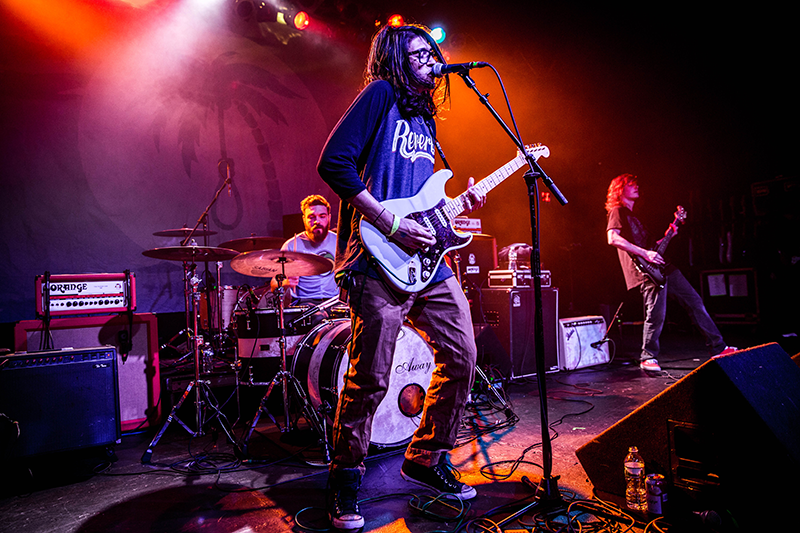 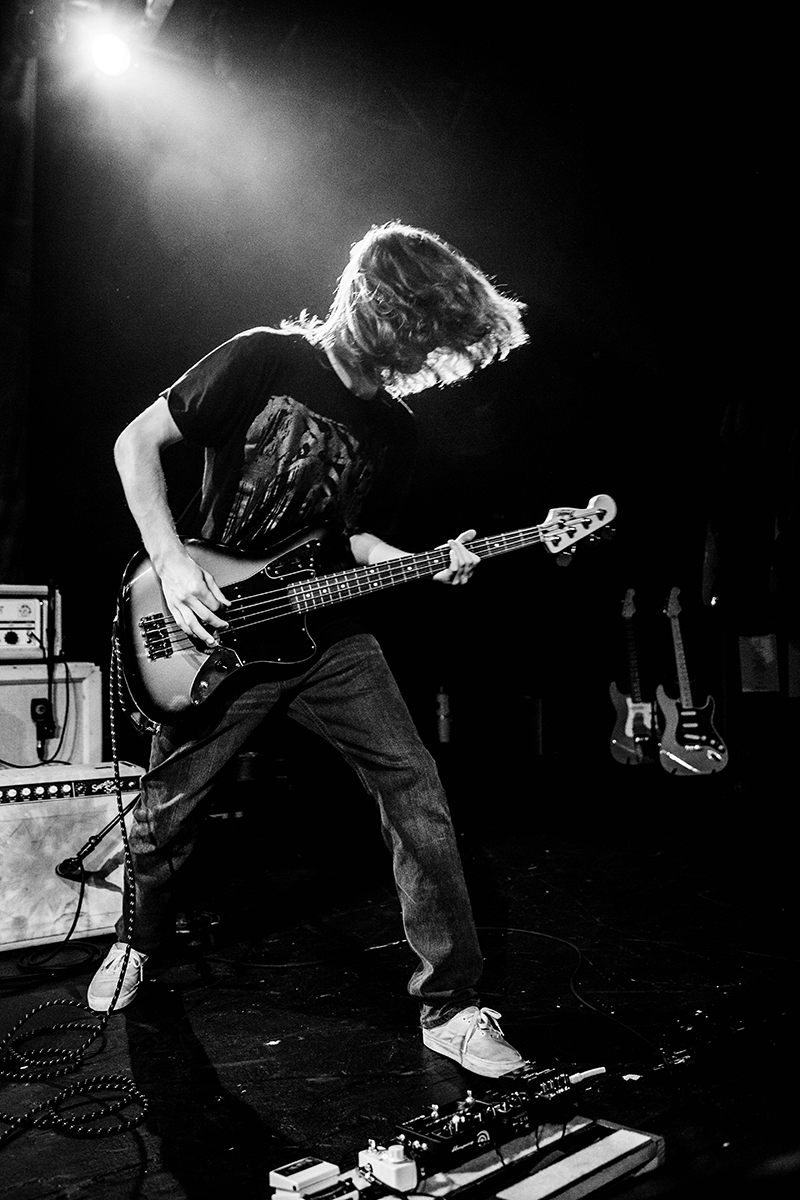 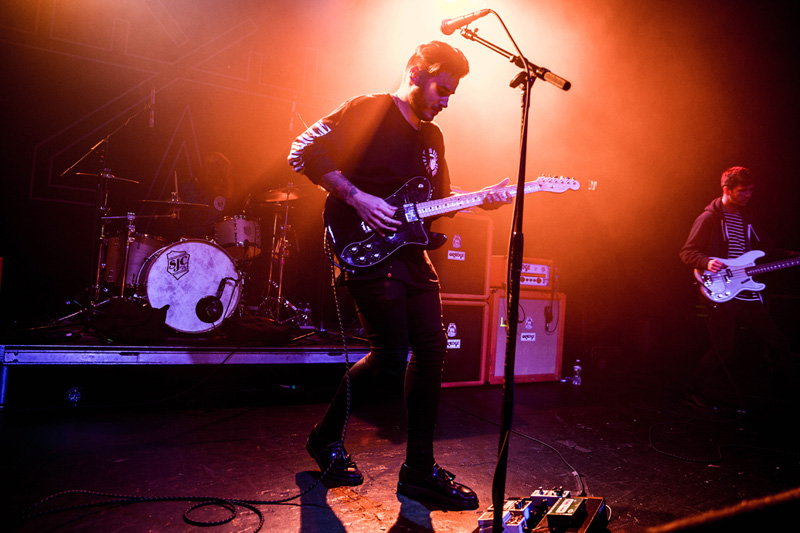 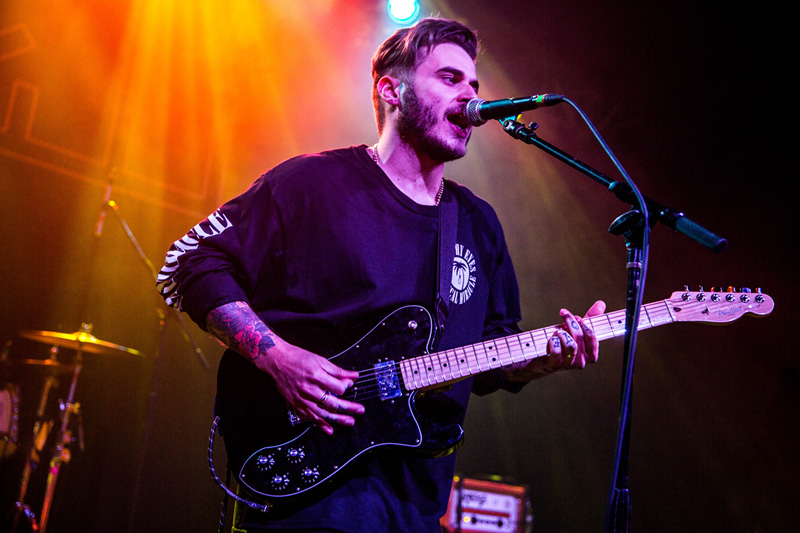 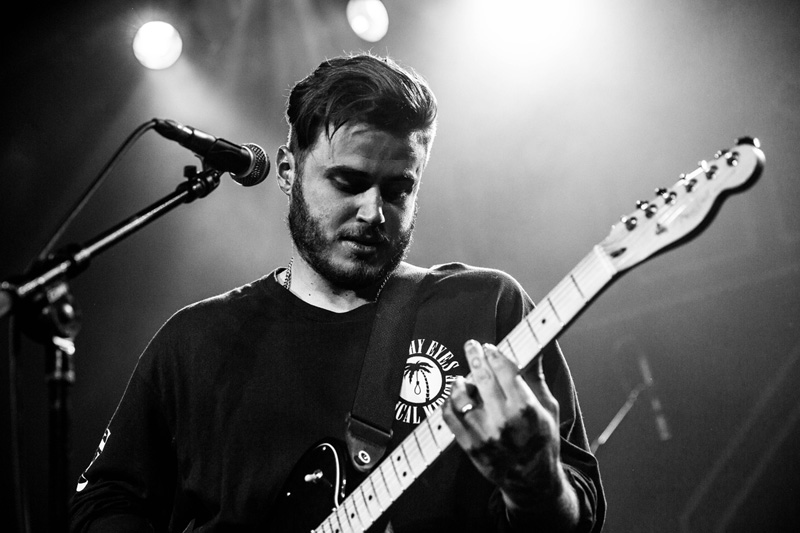 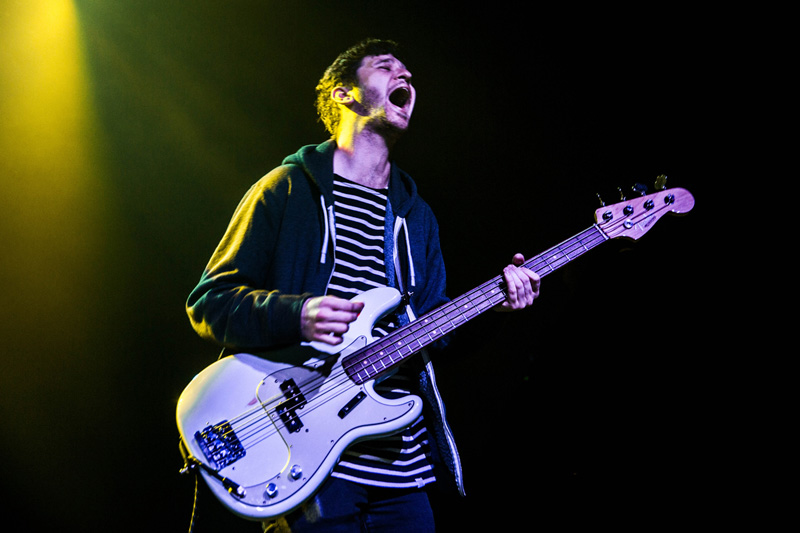 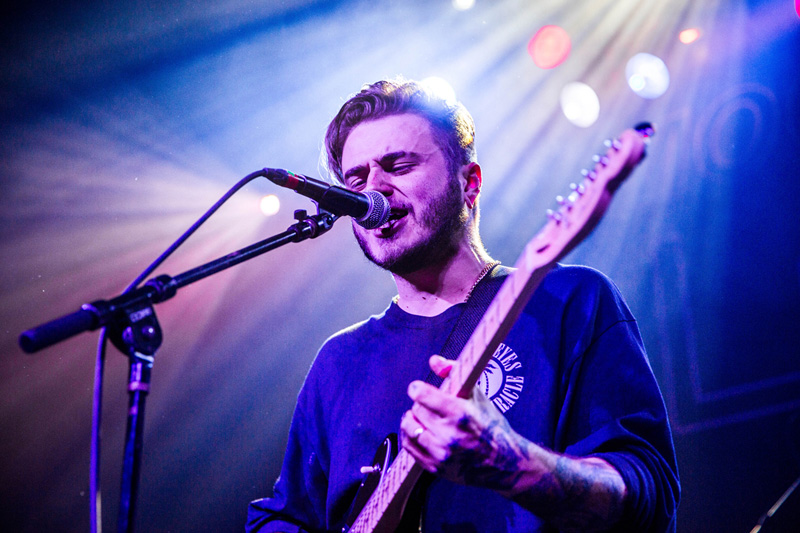 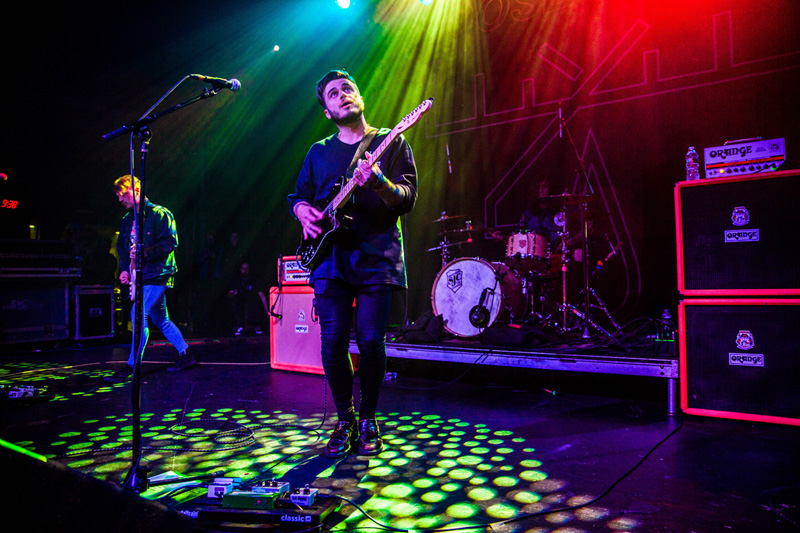