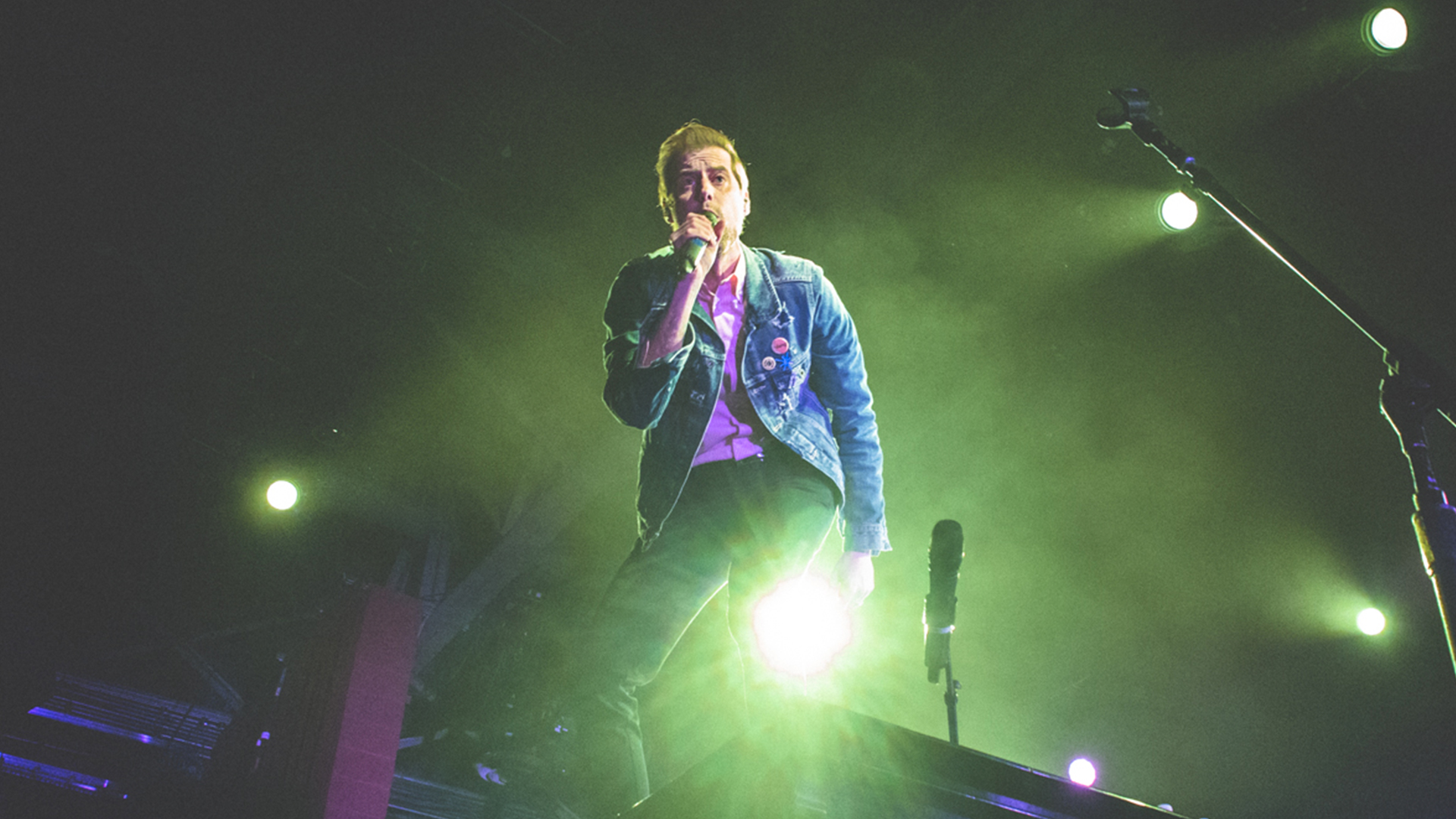 Going to a concert alone for the first time in a big city can be super intimidating, especially when you’re going to be writing about it. An amazing manager at The Fillmore in Philadelphia made sure I had a perfect view of the show as I watched one of my favorite performers, Andrew McMahon in the Wilderness, take to the stage on April 7. To top it all off, he invited rock bands Night Riots and Atlas Genius to open the night.

Night Riots kicked off the evening by performing their hits “All For You” and “Nothing Personal”, along with a rad cover of U2’s “Bloody Sunday”.

I was particularly impressed with a gesture made by Atlas Genius’s frontman, Keith Jeffery. The “If So” singer asked the crowd to take videos to post on Instagram during their performance of “Stockholm”, which he dedicated to the victims of the recent terrorist attacks in Sweden. The musician plans on making a tribute video with clips of the performance that fans will post online. I already direct messaged them a few of my favorite snippets. The duo ended their set with the crowd favorite, “Trojans”, which everyone excitedly sang along to.

I thought I knew what to expect when the lights went out and the crew started setting up for Andrew’s part of the show. But the stage decor for his Zombies on Broadway Tour was like nothing I had ever seen before—his vision was both creative, cohesive, and constantly changing. McMahon’s piano resembled a spaceship, with smoke flying up from underneath and an astronaut helmet on the hood. There was a large printout of a cityscape in the background with a flat screen in the shape of a helmet that projected different scenes to complement each song.

And...there were props! This guy must be Amazon’s favorite customer, due to all the goodies he has ordered for this tour. He crowd-surfed not once but twice on two different inflatable pool toys. The first was a huge yellow duck, and then he rode around on a golden dragon. But these aren’t the only two animals you’ll find in the Wilderness: McMahon also released a helium-filled shark balloon with fins that propelled it all over the room. The pianist exclaimed, “I wanna see if anything is possible!” Evidently, it is.

Casually crowd surfing on a duck. I really love this man. @amnthewilderness

Toward the end of his setlist, the singer-songwriter chose to perform “I Woke Up in a Car,” from his Something Corporate days. He took the time to reminisce about the band’s beginnings: the “shows with three to four people in the audience. It was beautiful, it was amazing, it was everything I ever dreamed of.” But the fun wasn’t over yet. Two stage managers began handing out a gigantic rainbow parachute to the audience, which they bounced up and down during the track, “Synesthesia”.

In typical fashion, Andrew pretended to end the night and then ran back out for a rockin’ encore, which included “La La Lie” and “Cecilia and the Satellite”. It’s a pleasure seeing this legend perform—and just as cool as that time I met him with a New York pretzel in hand and a huge smile on my face.

Wait how did this happen?! I just met Andrew McMahon on the street!! @amnthewilderness 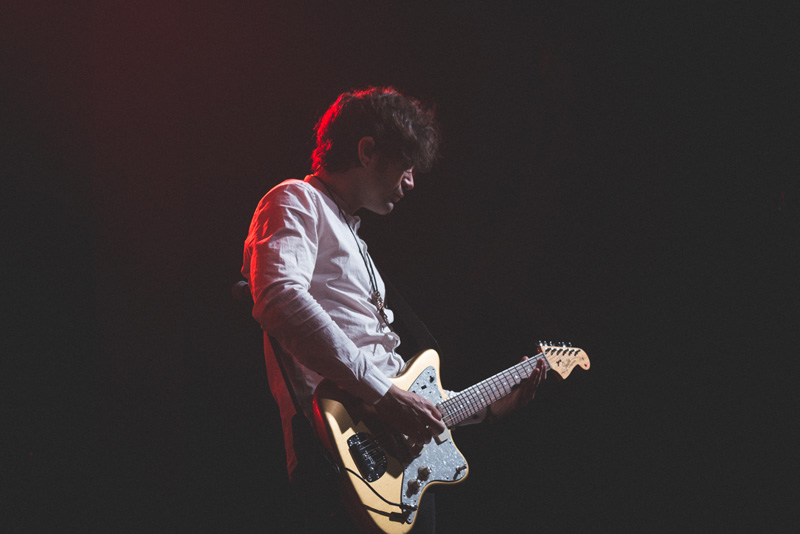 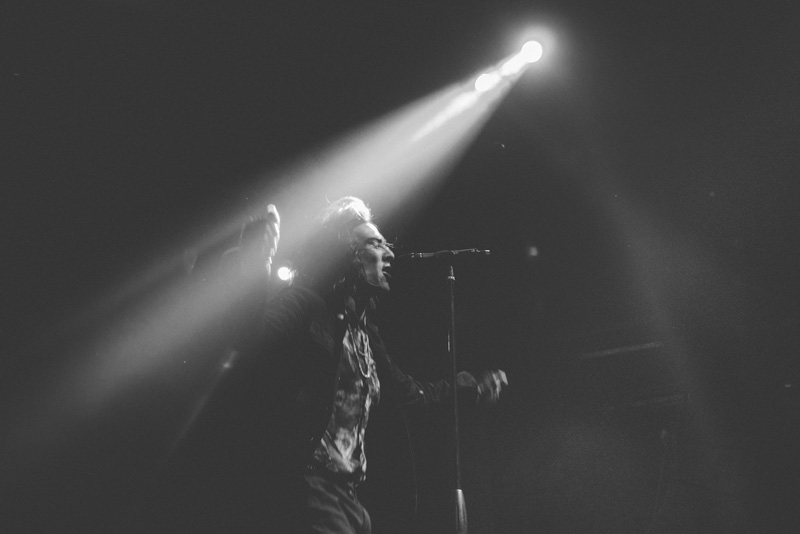 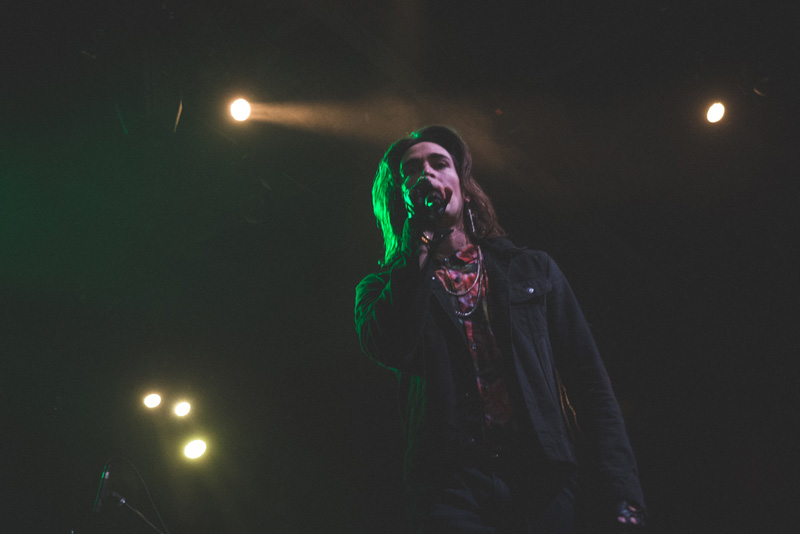 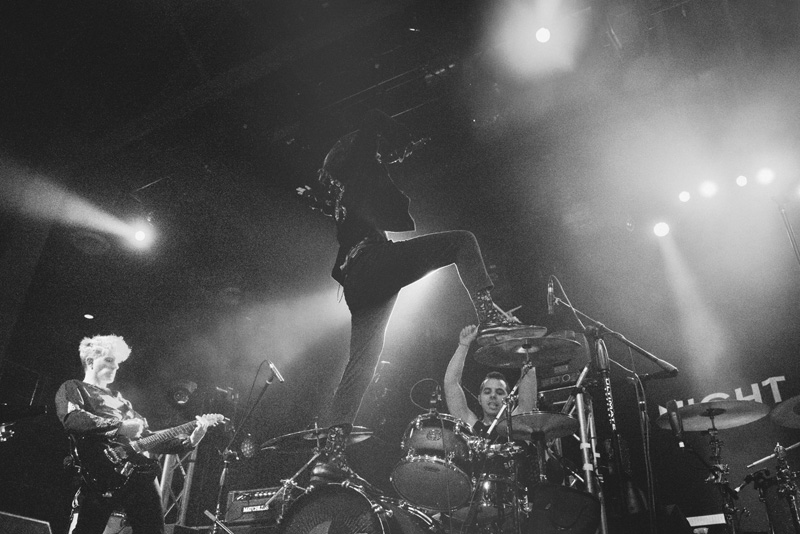 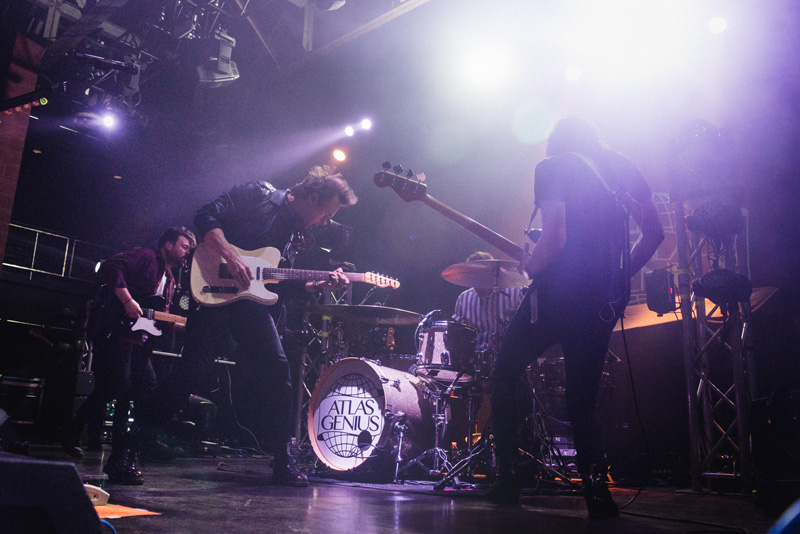 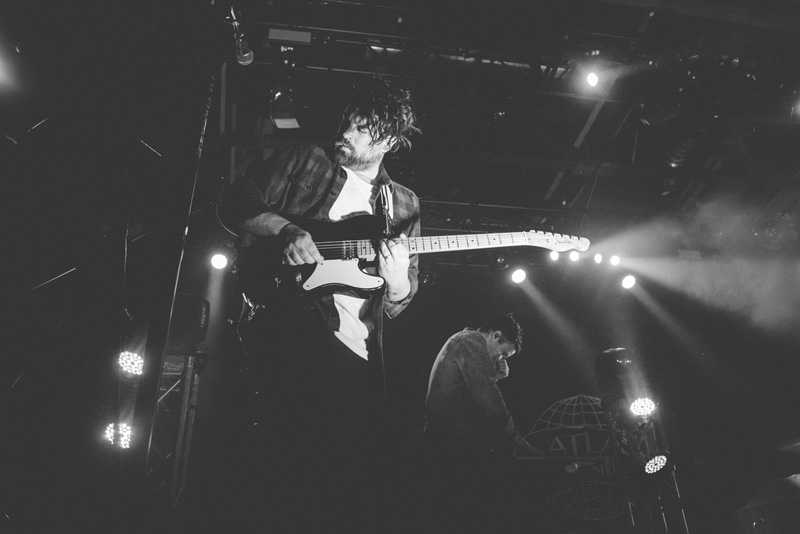 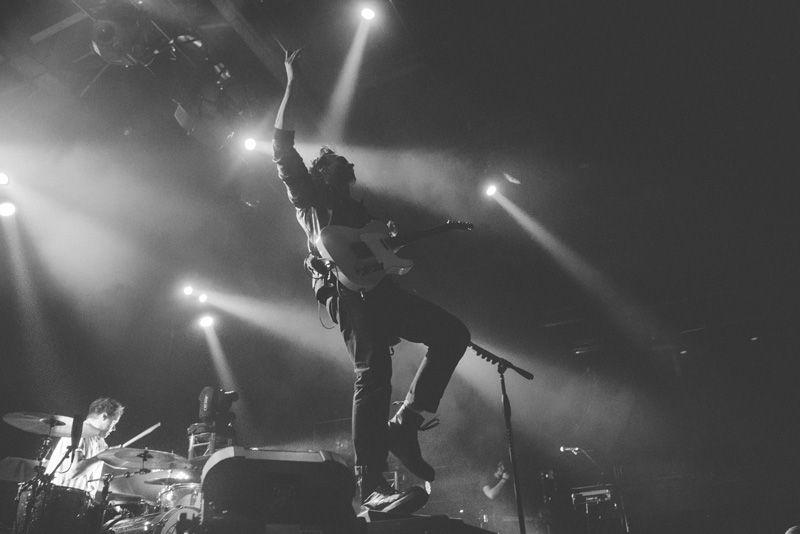 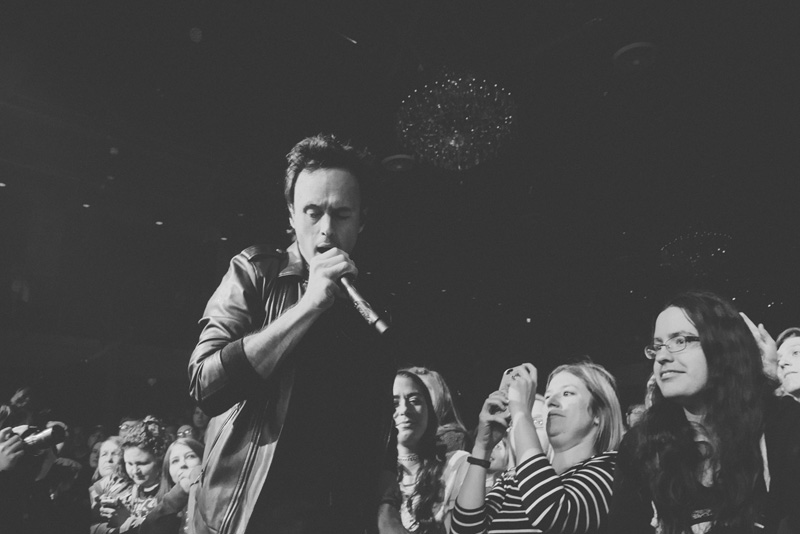 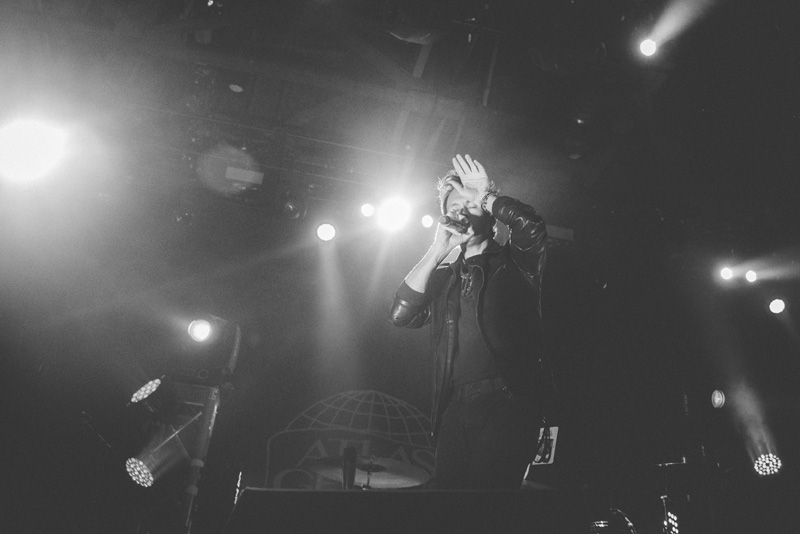 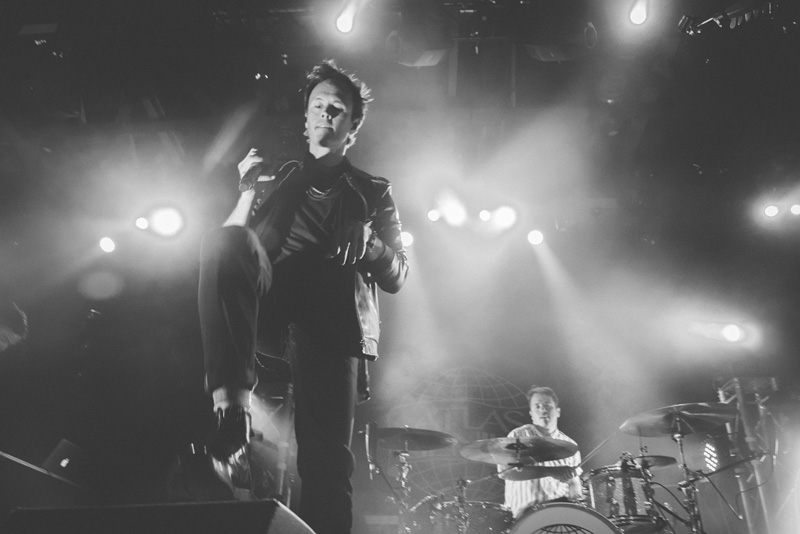 Andrew McMahon in the Wilderness
Track 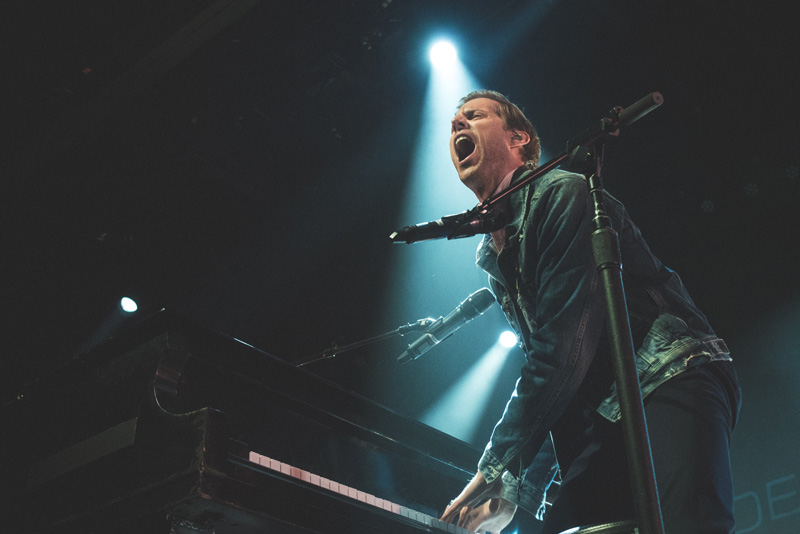 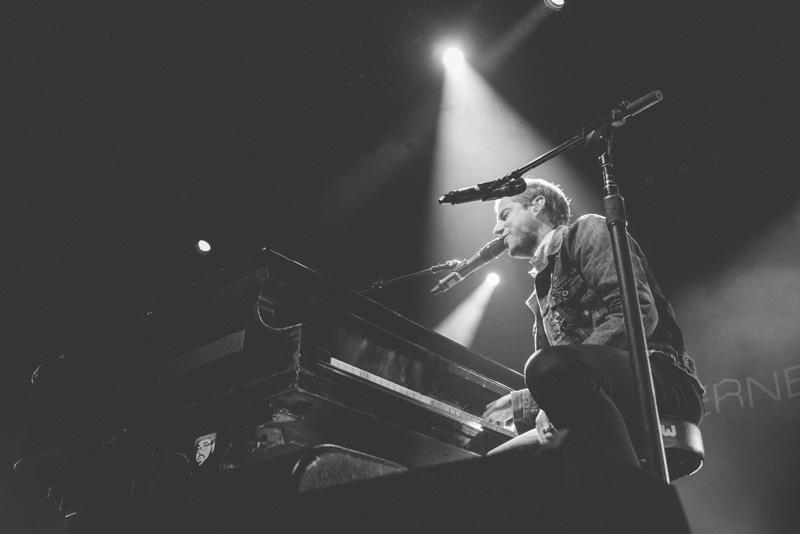 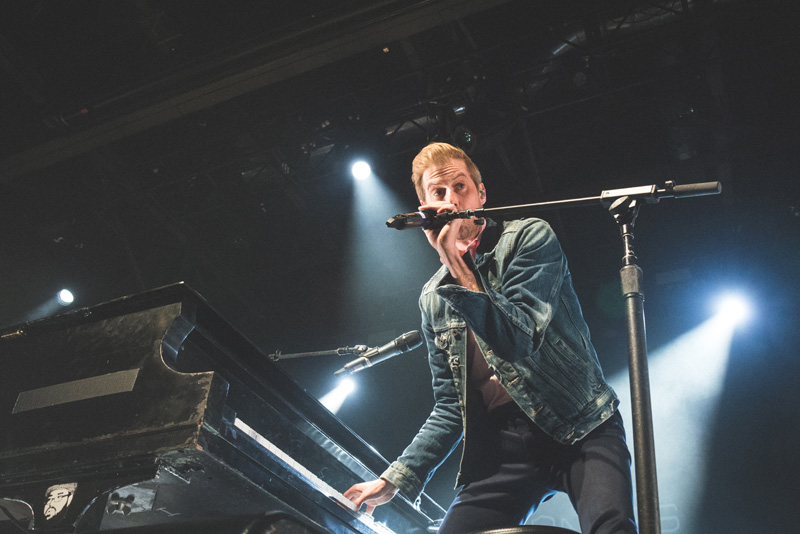 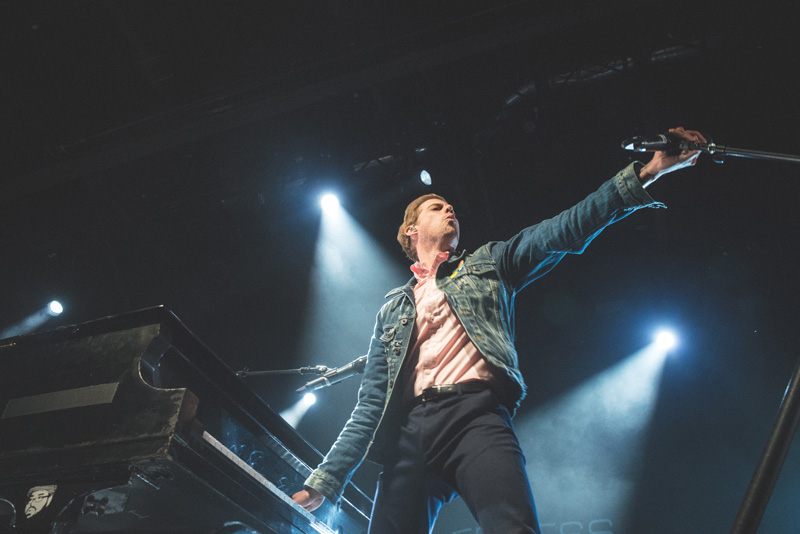 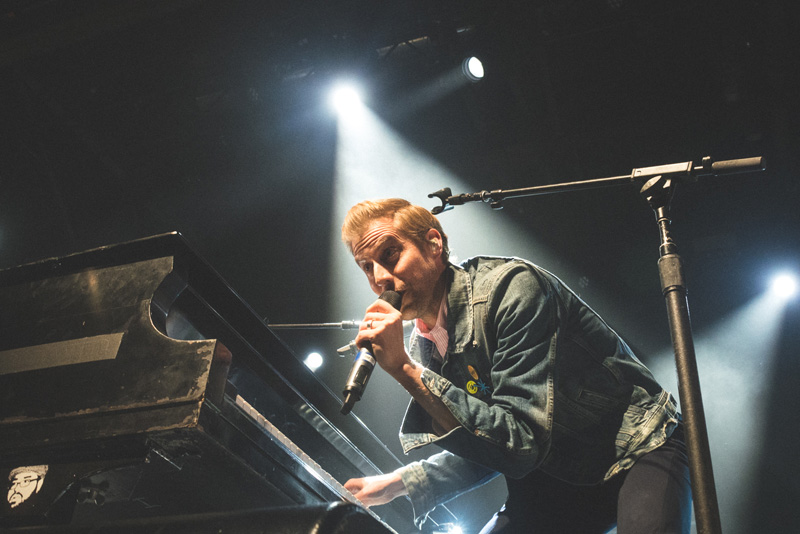 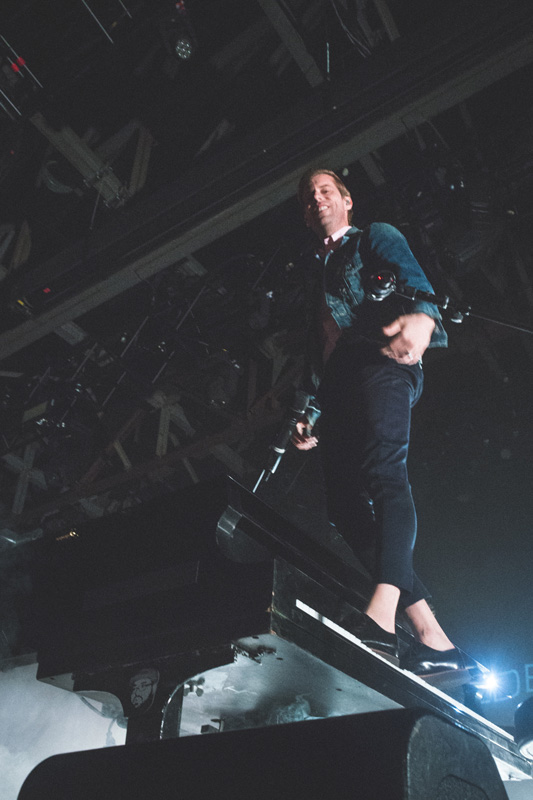 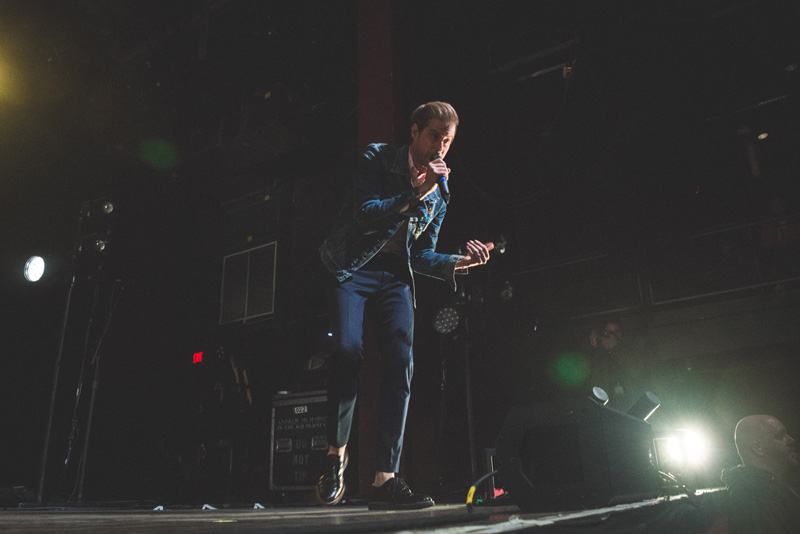 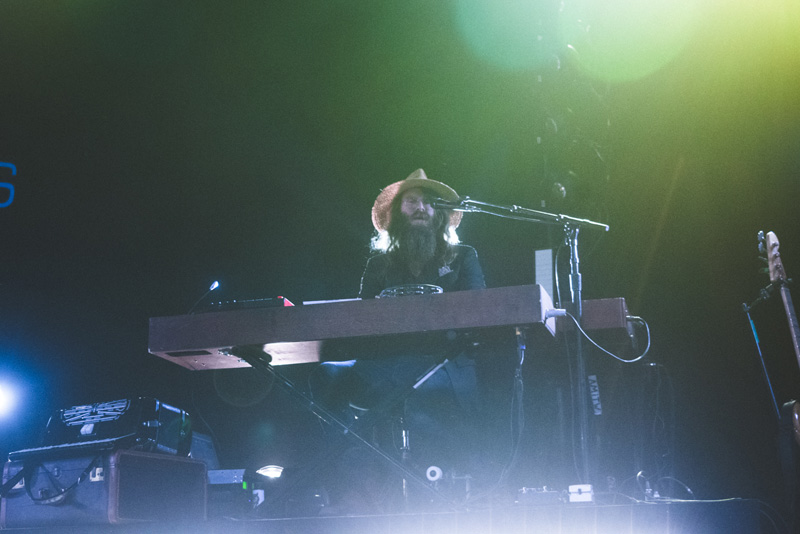 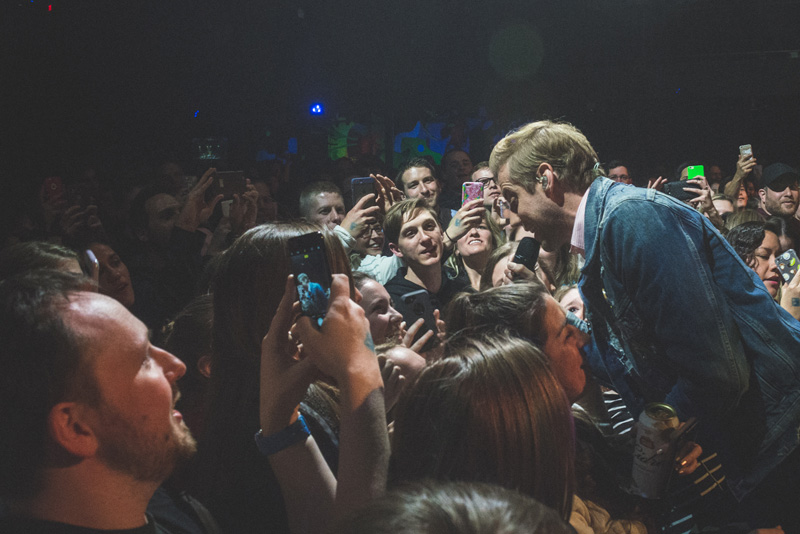 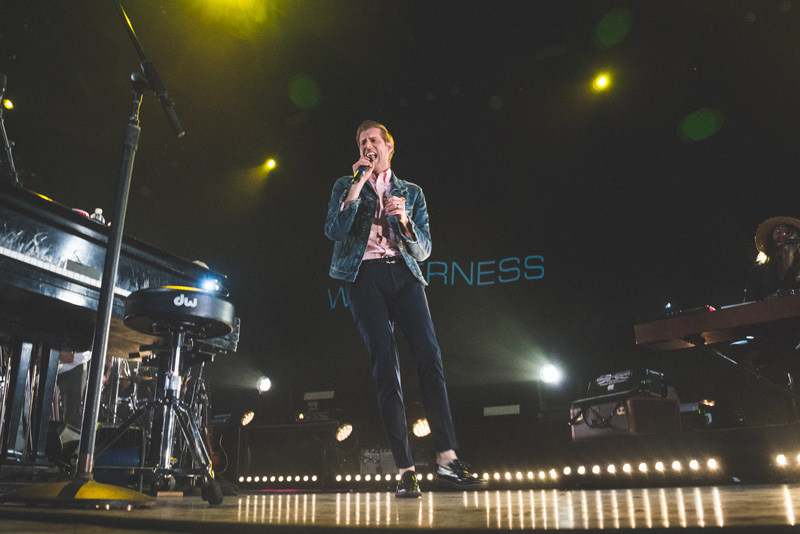 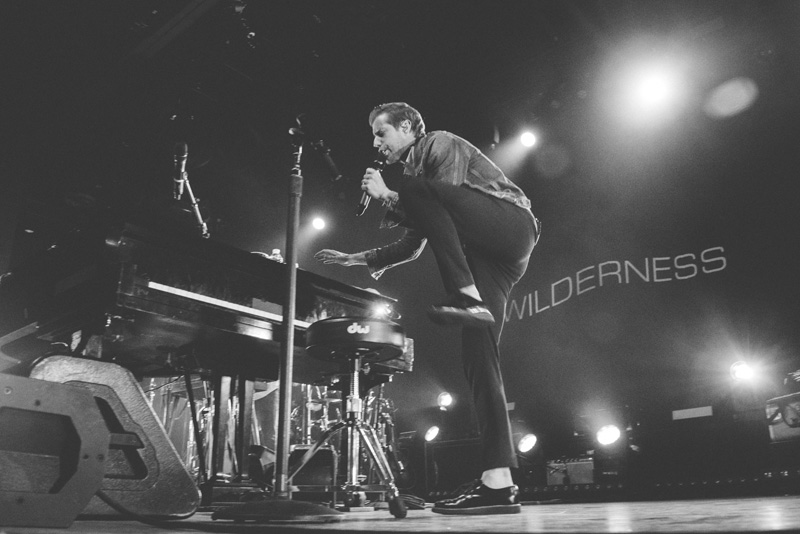 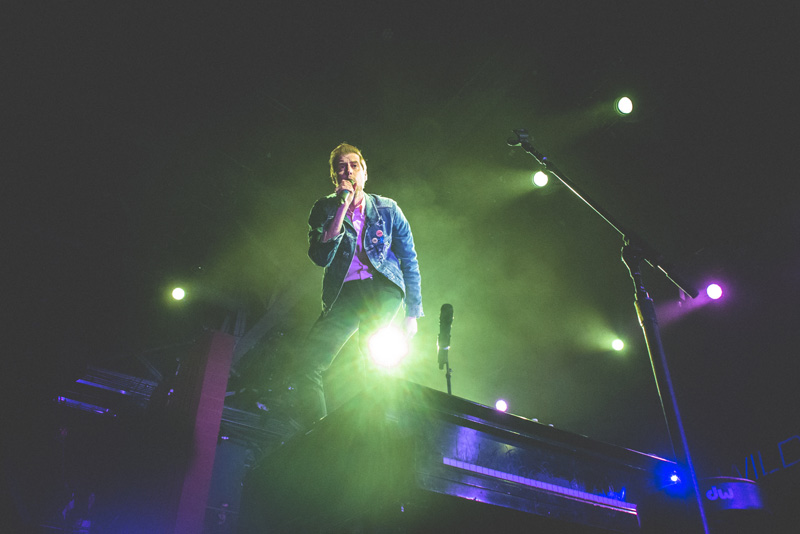 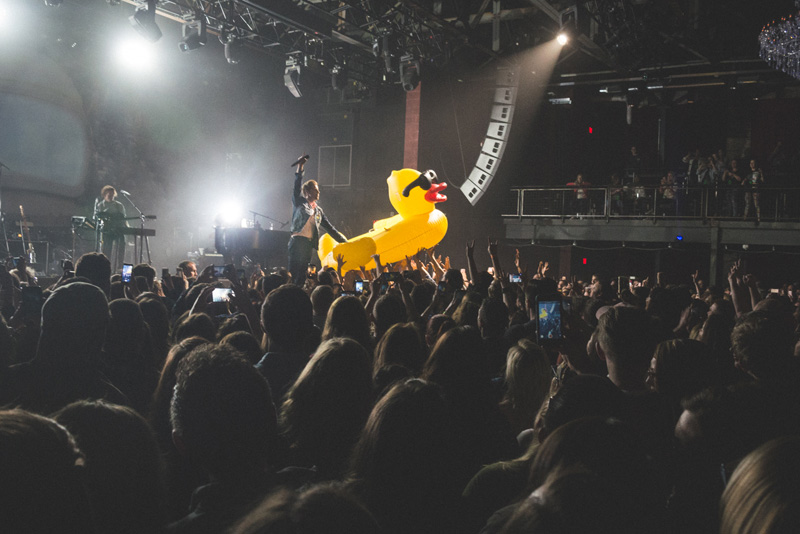 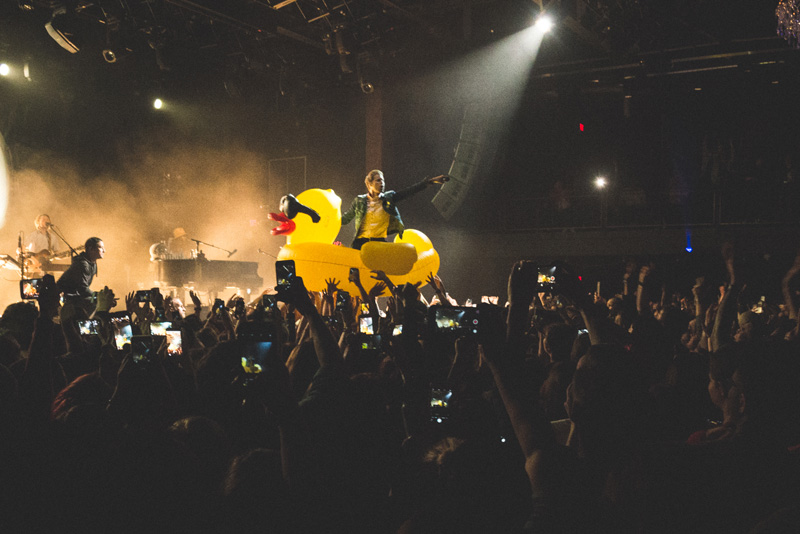