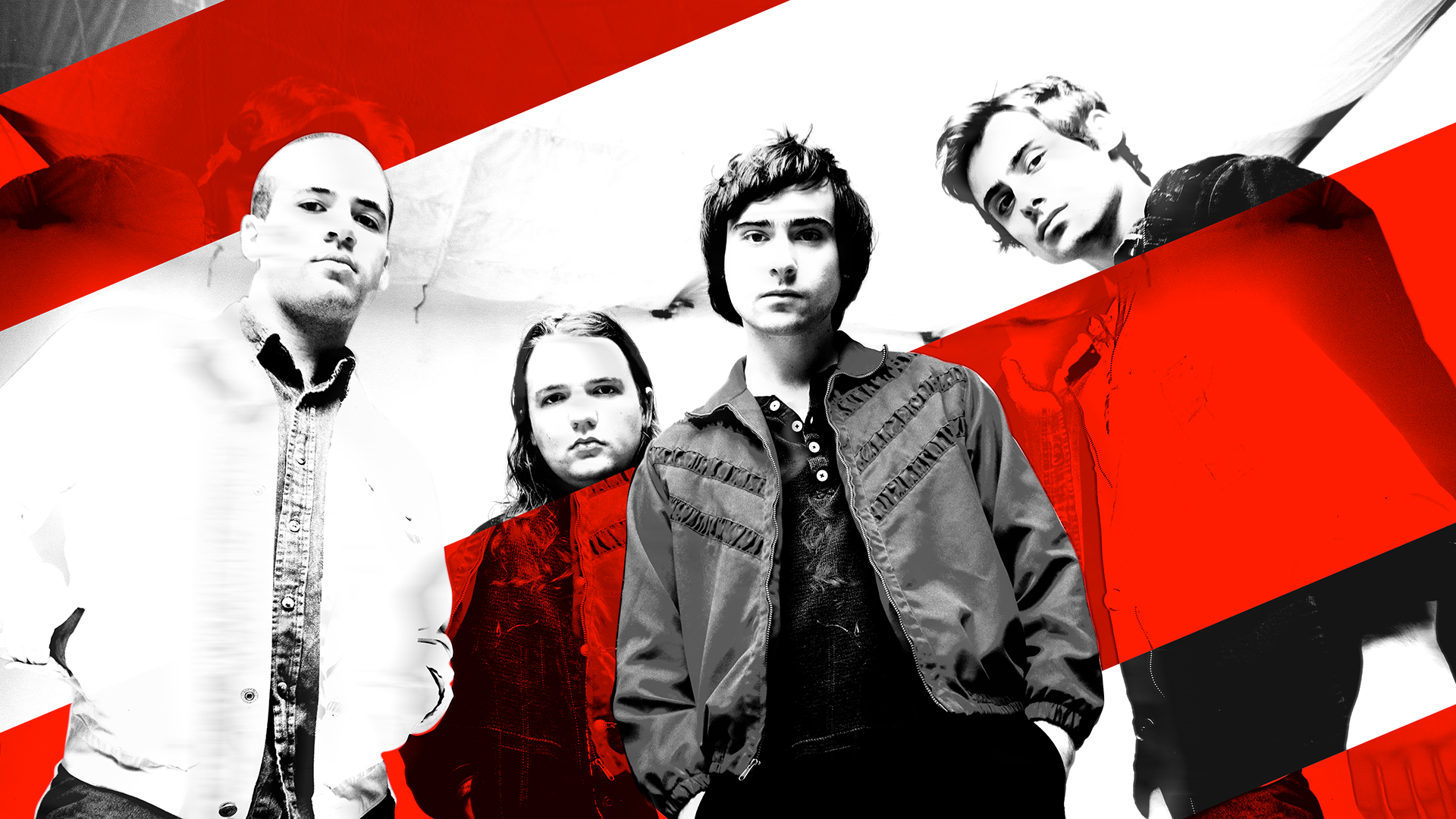 Austin, Texas in March—this is the place where you have the highest hope to uncover your new favorite band. After all the brisket and coconut-water chugging was said and done, there's no doubt I caught some amazing acts down at SXSW 2017, but the band whose complete set I stayed for, and whose set I'd hoped would never end, was White Reaper's.

Actually, the Louisville five-piece has been buzzing since their self-titled 2014 debut and I hated myself for waiting to so long to catch them in concert. Having been spinning tracks like "Sheila", "Fun", and "Make Me Wanna Die" for a while now, I was beyond ready to watch them translate these punk-infused garage rock tracks live, and they were industry-people-to-the-front worthy.

Finally, I had seen these guys live, and finally I had the chance to talk to them, fresh off the release of their third studio album The World's Best American Band on April 7, 2017.

Check out my interview with singer, Tony, below and Track White Reaper to avoid waiting as long as I did to see them shred your face off IRL. Trust me.

When I see you perform, you give everything you have to your stage presence and I just think that’s so awesome. As a kid, is there anyone you saw perform live that you were really impressed by?

I thought The Hives–I’ve never actually seen The Hives—but when their music videos would play on TV, I thought it was really crazy the way that they just jumped around and stuff. That was really inspiring to me as a young lad; seeing The Hives be so energetic. When we started playing shows, we grew out of a punk kind-of atmosphere, we were like 14 or whatever, playing a lot of shows that were high energy. Kids would mosh and what have you. So I guess that’s just kind of a part of our DNA.

About Louisville. If people were gonna road trip to see the hometown of “The World’s Best American Band”, where would you say they should waste away an entire paycheck? Where’s the best place to spend all of their money?

We go to this place called The Back Door a lot. It’s this older bar and there are pool tables. There’s another place called Bear Bar—it’s also got a bunch of pool tables. Both of those places have pretty decent bar food. We love to play pool and eat burgers and s***.

Where would you say people should put a White Reaper sticker in your hometown? Like, if they were just gonna throw one somewhere...where would you like to see it?

Man...there’s a lot of places. Let’s see…so, you know Louisville slugger baseball bats? Well, we have the factory in Louisville–obviously. (laughs) So, they have this gigantic bat right in front of it and I think it’d be really cool if somebody climbed all the way to the top and put a White Reaper sticker on it.

Okay, so in the live video for, “Little Silver Cross”, which I think is such a great representation of your guys’ live set, I noticed you had a teeny-tiny smiley face tattoo. It’s so perfectly positioned for you to play guitar. So, I just wanted to know the story behind that tattoo.

Well, when we toured the UK for the first time, we all wanted to get tattoos and just be like, “Oh, I got this tattoo in England!” Nick (our drummer) got this crazy tattoo of a cobra on the top of his wrist. Ryan got this tattoo on the inside of his bicep, that says “Free Bird” in like, script lettering. And I just got the smiley face on my middle finger. I love it. I like to look at it everyday, it makes me truly happy.

So, you guys have performed at a ton of festivals. Which was the sickest festival experience and why?

The best festival experience was Primavera in Spain last year. It was the first couple days of June, so the weather was just gorgeous. The stage we played looked out onto the ocean and I think we played at like four in the morning and by the time we had all of our stuff ready to leave the festival, the sun was up. And when we were leaving the festival—just walking on the beach. It was great there. I saw John Carpenter play some of his soundtrack songs from his movies live and that was really, really cool. It was great, everybody there was so nice. The hotel that the festival booked for us was very, very swanky. That was the best.

Speaking of John Carpenter, if you could do a tour where you perform the soundtrack to any movie, like for the whole tour, during your set, what movie would you pick?

The first that comes to mind is School of Rock, but that’s kind of a cop-out because would just be a bunch of classic rock covers. My runner-up would be Spiderman (one), with Tobey Maguire. I love that movie. We love Spiderman.

Whenever you go to the truck stop, what’s your go-to snack?

A lot of guys get nuts—peanuts, cashews, stuff like that. A lot of trail mix goes around. For me, I stray from the path a lot, but I really like pretzels because like, if you get a barbecue chip or Doritos or Cheetos, you get a bunch of **** all over your fingers and that’s really gross. Especially because I’m driving most of the time, I don’t want to have like, flavored dust all over my fingers, you get it all over the steering wheel. So, I usually just get a Fiji water bottle and some Snyder's pretzels or whatever brand they have.

Who in White Reaper would you say has the best band tee collection?

Ryan has the most, they’re all hardcore bands. Nick, probably. Nick has this really good Anthrax shirt which just takes the cake just because of that one shirt.

If White Reaper could be honored with an eponymous menu item at your favorite hometown haunt, what would you want it to be and where?

Um, it definitely would be a hot dog. A big, White Reaper hot dog. Just like, as big as your forearm. Like a footlong. I’d like to think that in the future every once in the while, we can just set up a little grill on the corner somewhere and just sell them ourselves. We’ve actually talked about this a lot. Doing a little White Reaper hot dog stand.

I know you guys are down to crowd surf. What song would you love to crowd surf to while it’s being performed live?

The first song that comes to mind for me right now… “For Whom The Bell Tolls” by Metallica.

You can’t trust Wikipedia but I was on your Wikipedia yesterday, and it’s now gone...but, there was a nickname...possibly a pizza related nickname?

You should keep checking our Wikipedia page, I don’t know who’s doing it but they keep adding hilarious things and it’s been kind of a nice running joke for us boys in the band to laugh about with each other. Our Wikipedia page has a nice surprise every once in awhile. One time they added like 10 extra band members and they all had really funny names.

Whoever you are ...come forward after this interview.