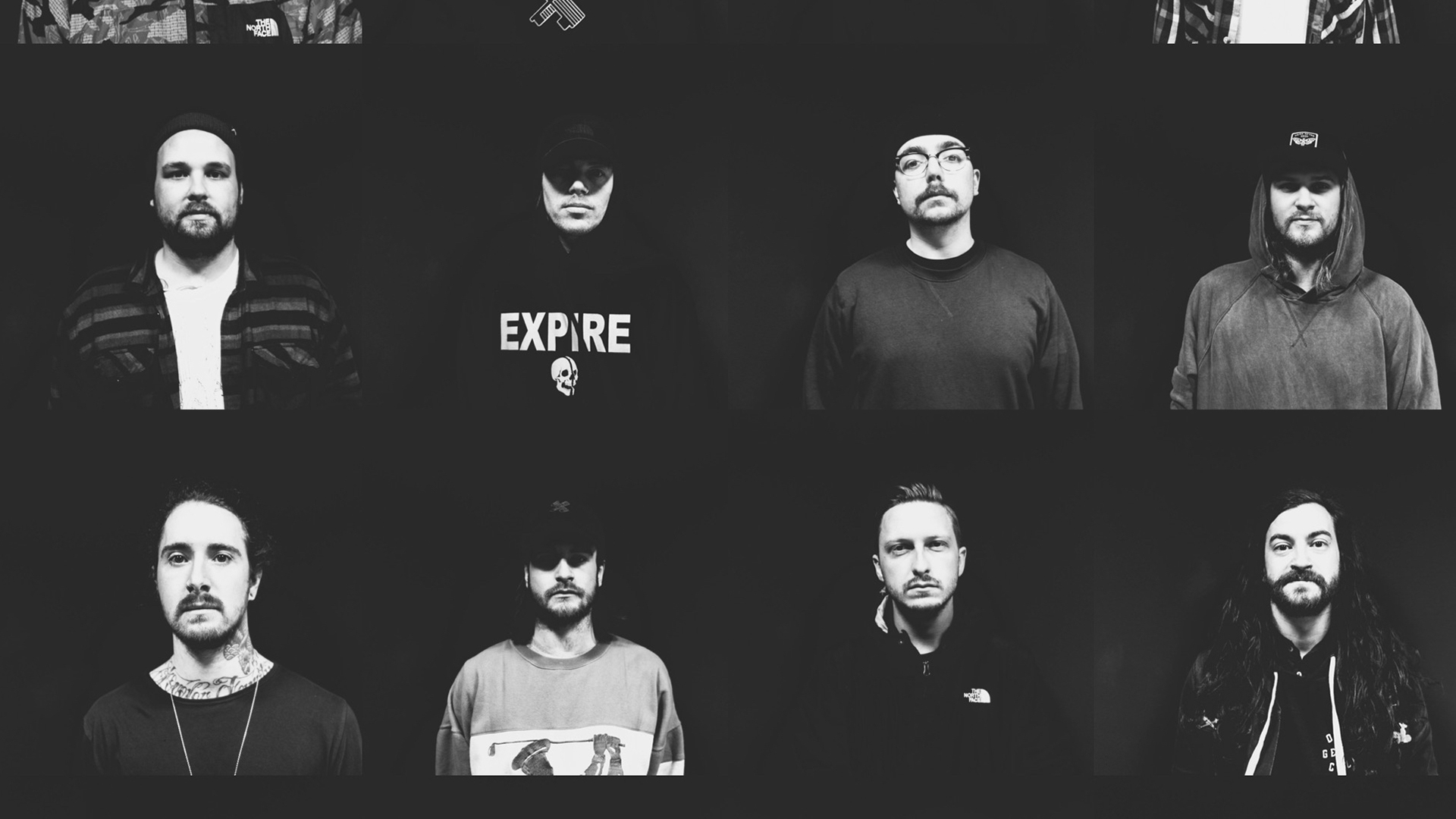 If you had two weeks to spend in Europe, what would be on your travel itinerary? For metalcore band Silent Planet, it was all about playing as many shows in as many cities as possible. After selling out a handful of concerts in the US, the four-piece went on a whirlwind journey through Germany, the UK, and Belgium, before making their way to Austria and Switzerland. From eating Panda Express on their flight to meeting up with old friends in Scotland, these rockers had the time of their lives overseas.

Didn't catch one of their sets across the pond? Have no fear, you can see the four-piece in the States this summer on Vans Warped Tour, where they'll be taking to the stage in cities like Seattle, Phoenix, Denver, Orlando, and Dallas.

Without further ado, we present you the "Panic Room" performers' digital scrapbook.

"From March 24 to April 9th, four confused Californians (that’s us) played shows in Germany, UK, Belgium, Switzerland, and Austria. Here are some moments (and superfluous captions) documenting in the process." 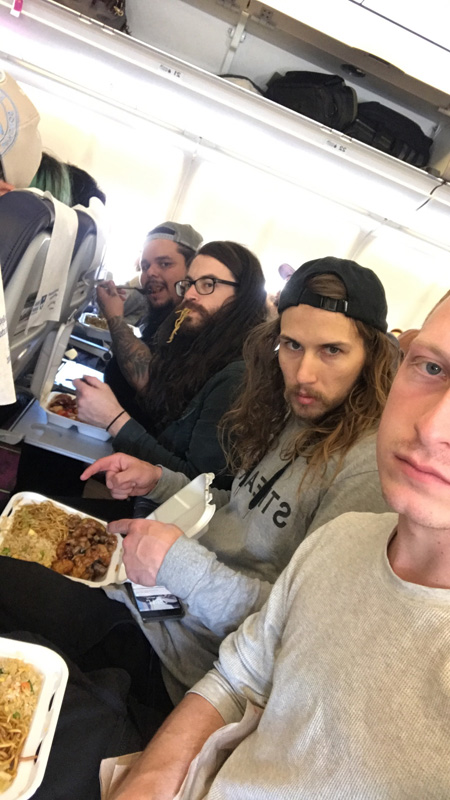 We have this tradition that requires us to eat Panda Express as we board any international flight. When attempting to check our bags, we immediately realized that we might miss our flight. We barely got through security in time, and had to sprint to the Panda Express (we didn’t have a choice, it’s a tradition) and then to our gate. We were the last (and most hated people on the plane) when we took this photo. 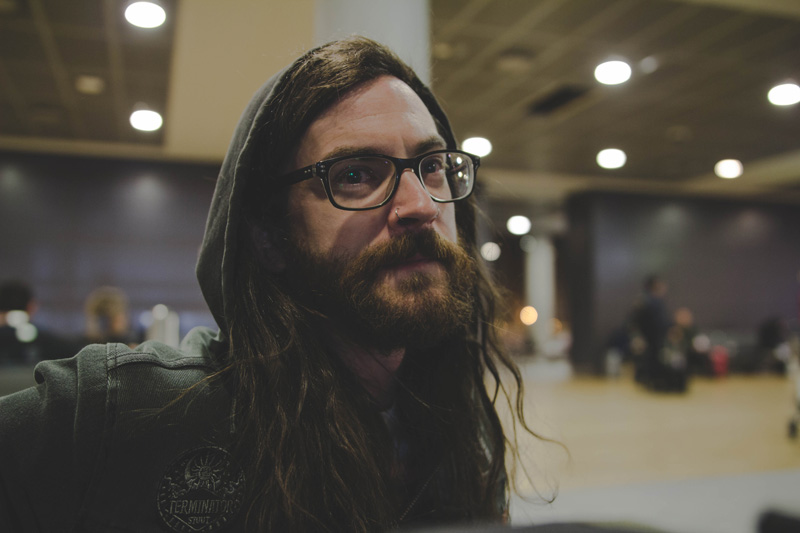 Day 1: We arrive in Germany after doing: LA —> Long layover in Iceland —> Frankfurt. Thomas, our bassist and old man, was feeling the jet lag, so here’s a photo of him 10 minutes before we took the stage in Cham.

Taking in the Sights 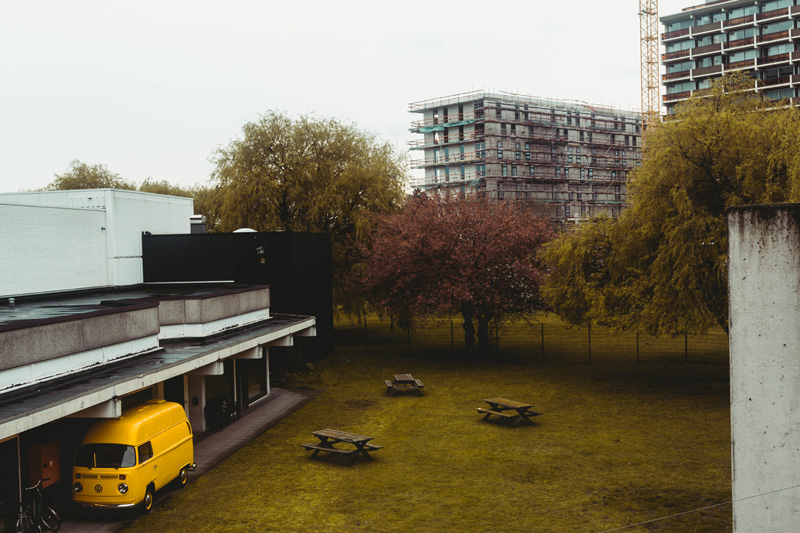 I took this photo in Belgium. I’m always fascinated by how eclectic some music venues can be in Europe. For instance, this place in Antwerp was a dude’s house on the bottom floor, and above him was a youth rec center, and on the next floor was a bar and music venue with dressing rooms and a kitchen where they cooked us (a really amazing) dinner. 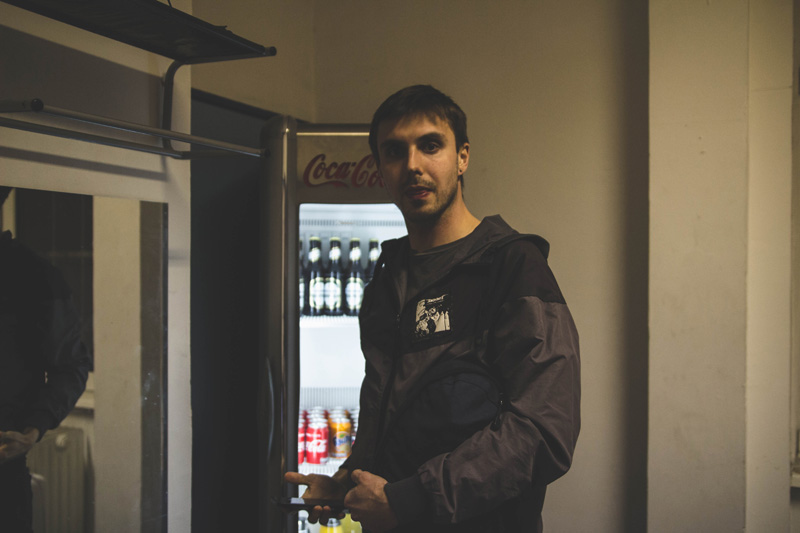 This is our tour driver, Paweł, who hails from Poland and drives like a maniac. Don’t get me wrong—he’s incredible at his job. He’s a quiet, mild-mannered vegan dude who is linguistically-gifted and likes to re-enact various scenes from Fast and the Furious episodes 1-28. 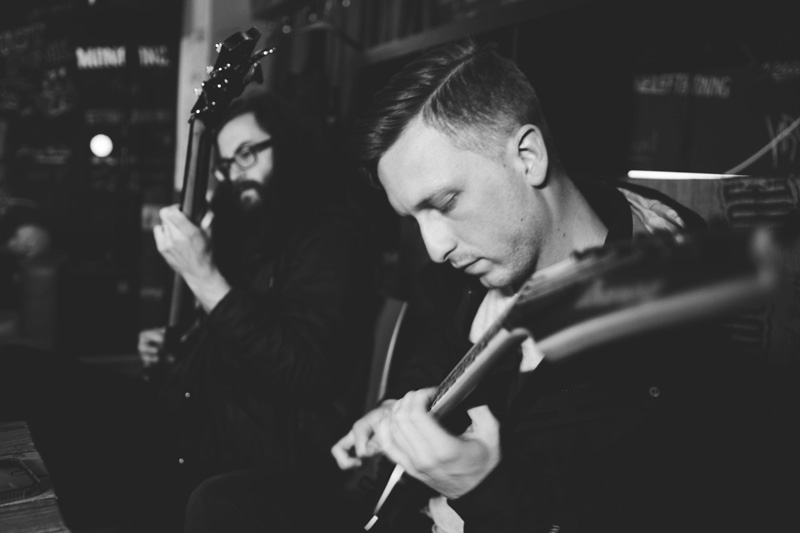 This is a photo of Mitch and Thomas assessing the damage done to their guitars by the airline folks who handled the guitars. International touring can be pretty sketchy when it comes to gear + travel, but at least this time nothing was lost forever into the abyss of corporate bureaucracy. 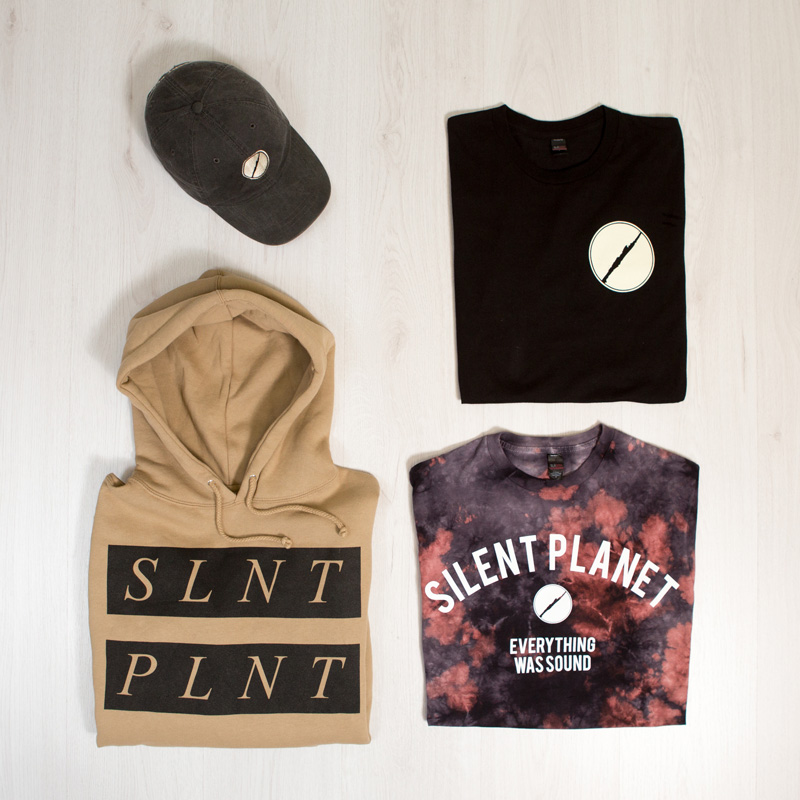 Sometimes merch booth space is tight, so you have to fold your merch into little squares and take a photo that might make your Etsy-obssessed, ex-girlfriend momentarily regret the time she left you for that dude from church who brews his own Kombucha. 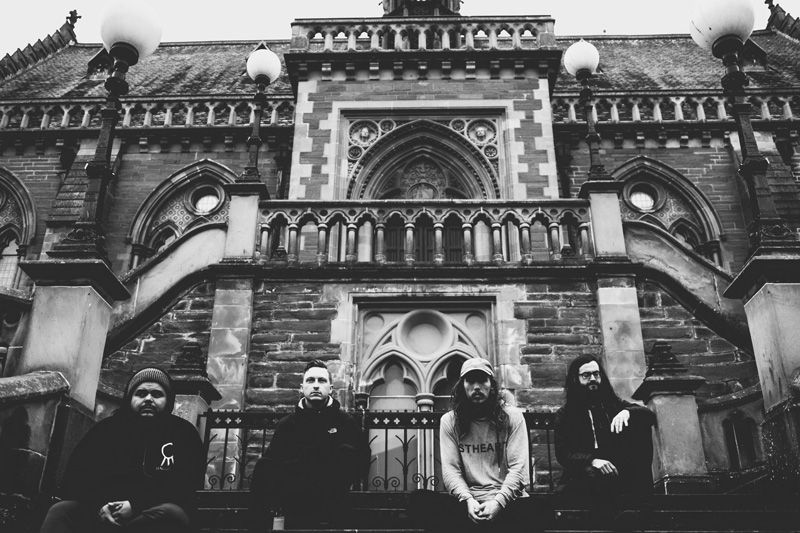 We ran into some American friends in Scotland and spent some time walking around the historic city of Dundee. They took this photo of us looking like edgy band dudes in front of a 16th century church. 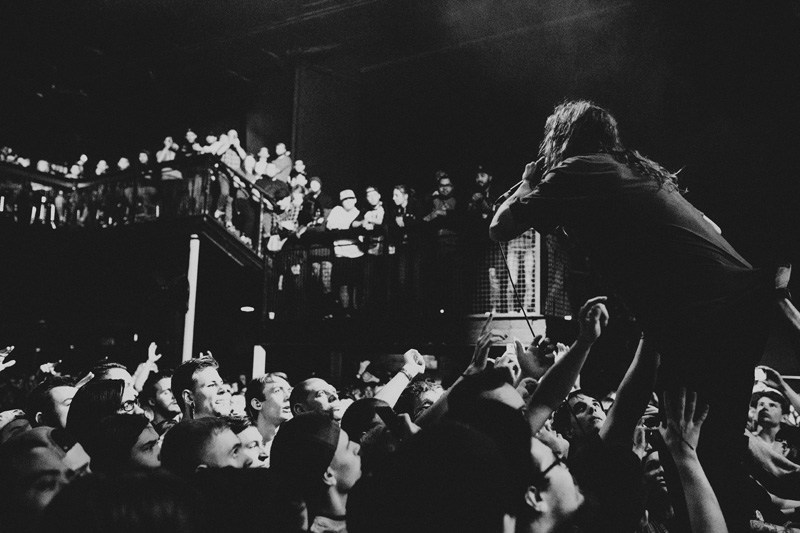 Sometimes there is a gap between the stage in the crowd, so it’s time for climbing. 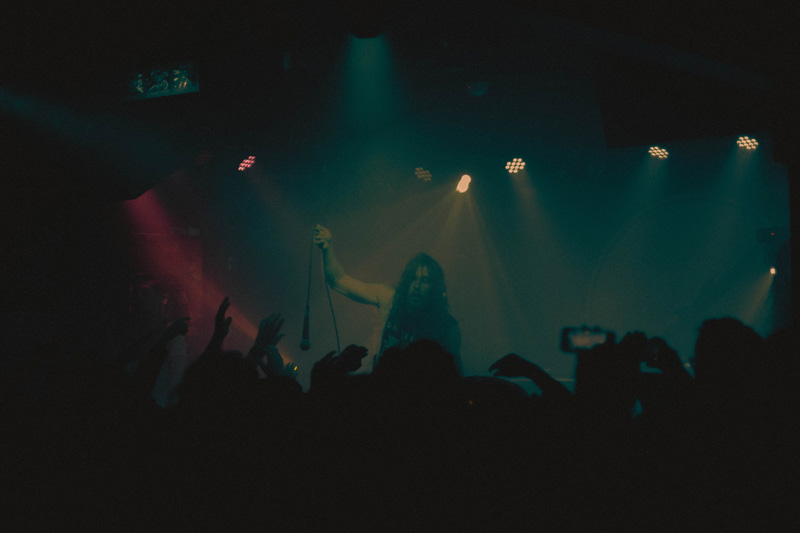 Perhaps our favorite moments of shows are ones where the crowd is loudly singing and everything feels completely unified. 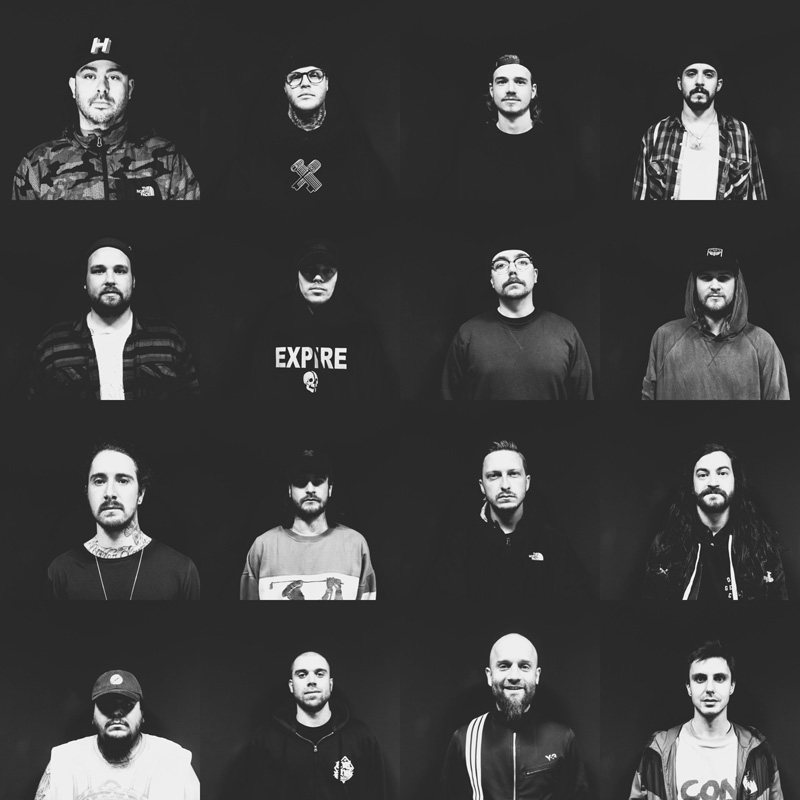 At the end of the tour, I made a portrait grid of every band and crew member. Super thankful to travel with the UK lads in Landscapes and fellow Americans, Hundredth.