Just one listen to the intro song on A Lot Like Birds' latest album, DIVISI, and it's clear that a major stylistic change has gone down. The updated vocals, lineup, and productions all contribute to the Sacramento group's new sound, one that has led them to their highest peak thus far on Billboard's Top 200 Chart. If you haven't given this 12-track LP a spin yet, we highly suggest doing so, especially the genre-bending gem, "Trace the Lines".

In support of the release, the band—Cory Lockwood, Michael Franzino, Ben Wiacek, Matt Coate, Joe Arrington—recently embarked on a US headlining tour with support from Household, Hearts Like Lions, and OWEL. Though it kicked off in April, the five-piece's spring run still has a handful of dates remaining, including stops in Denver, Seattle, Portland, Anaheim, and Scottsdale.

We got the inside scoop from the guys about their feelings on the new record, playing floor shows, and, yes, we even got a Ryan Gosling impersonation. Check out all five members' thoughts on their current tour below, and don't forget to track A Lot Like Birds on Bandsintown so you don't miss them when they hit a city near you. 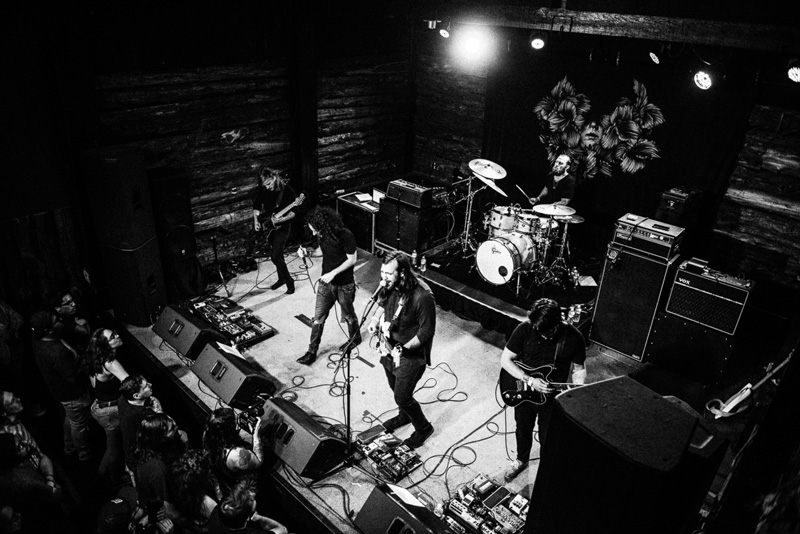 This picture captures one of the more engaging and entertaining days/sets of this tour in Austin, TX. The aesthetic vibe of our new look is broadcast here very well and Marco Mazzoni's artwork on the backdrop just looks fantastic. 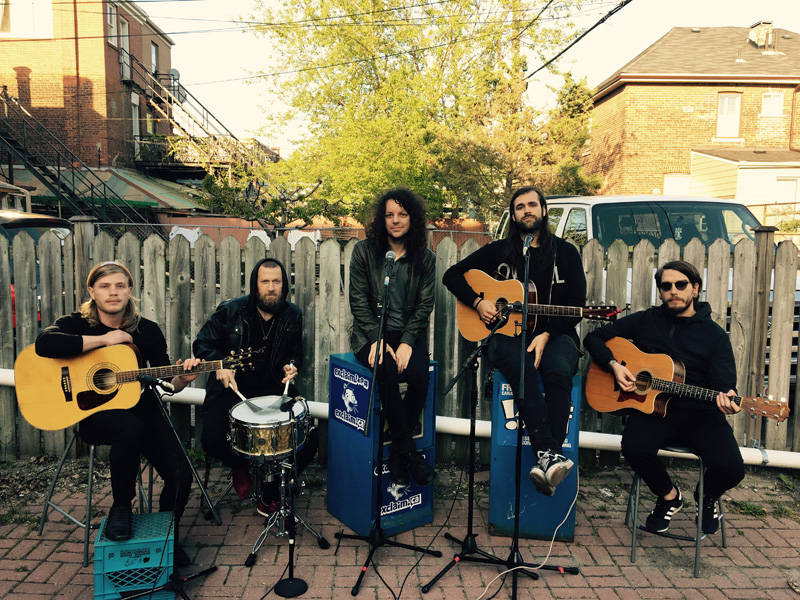 Sometimes on tour you drive through the night and wake up bleary eyed on the other side of he Canadian border in frigid Toronto trying to squeeze an acoustic performance, sound check, and a show into one day. Then there's load out, dinner, calling home, warming up, and talking to fans...beautiful music makes it worth it. I like real contrast. 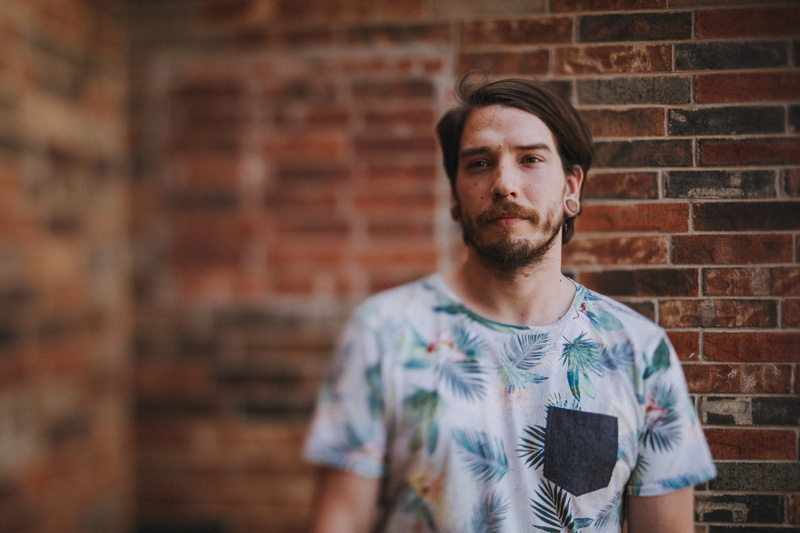 This is the first tour we have had a photographer along to shoot daily content. Lauren Klinge is a phenomenal artist that helped bring the confidence out of me to comfortably stand in front of a camera without holding a guitar on a stage. Here I am seen doing my best Ryan Gosling impersonation. 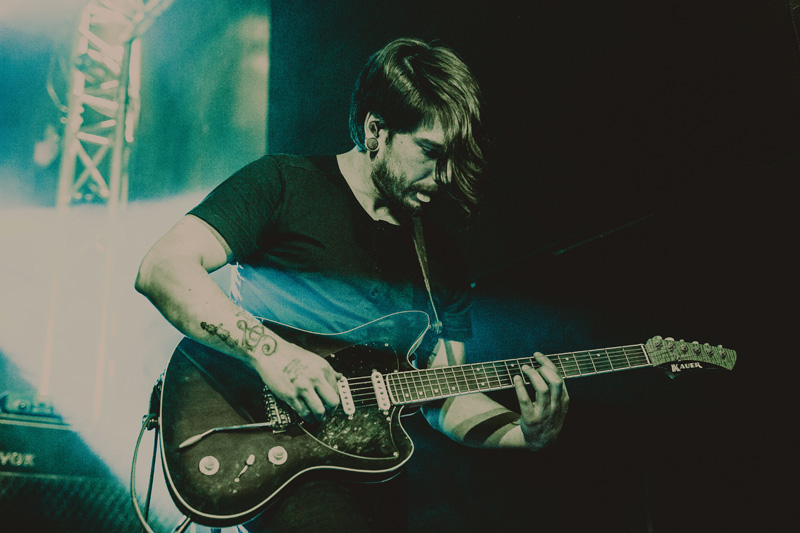 I'm beyond proud to be playing music every day across the country, and I do it every show with my Kauer Arcturus. The three guys I work with and myself built this guitar that I customized, assembled, and set up (along with varying steps during the machining and finishing process). It's a rad feeling playing music you help create on an instrument you helped create. I think it's allowed me to develop a stronger connection to playing. 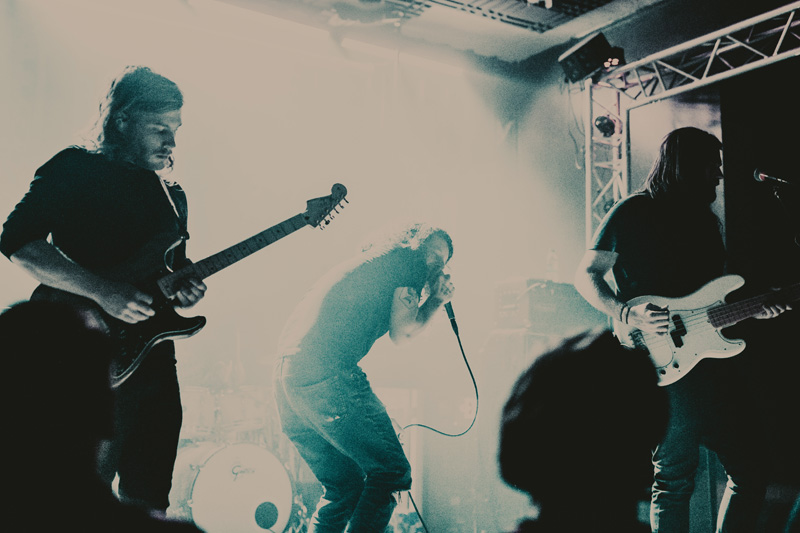 Being able to play music on a professional level and tour all over is such a blessing. Getting to do it every day with your best friends is even better. Even on the hardest days we manage to find light in every situation and every night we get to have an escape from our troubles and worries even if just for an hour. I'm forever thankful for these guys and all the memories we share. 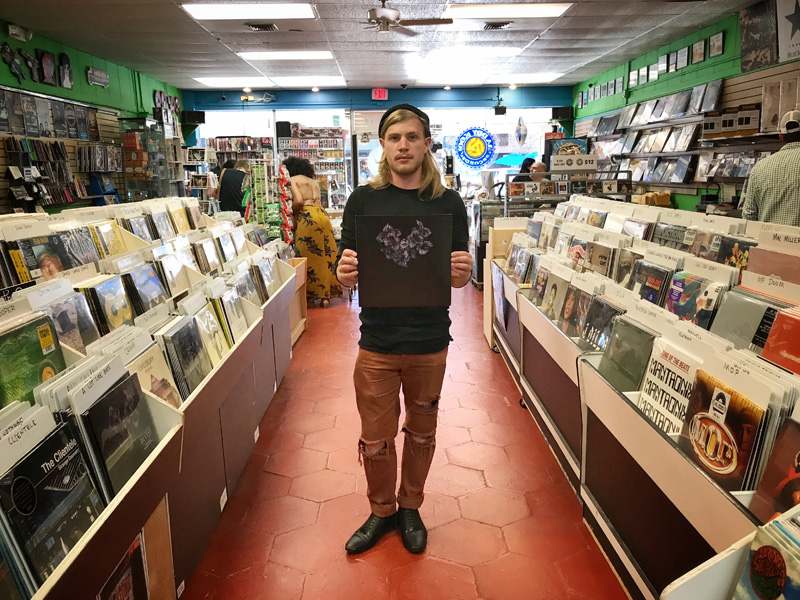 One of the most satisfying things about being an artist is getting to share/see your art for the first time. Going into record stores all over the country and finding YOUR album on the shelf is such a surreal feeling. All of the blood, sweat, and tears that are sacrificed to bring 40 minutes of music together will never be fully understood or appreciated until you've done it yourself. I'm so proud of what we created and it's amazing to finally have it out! 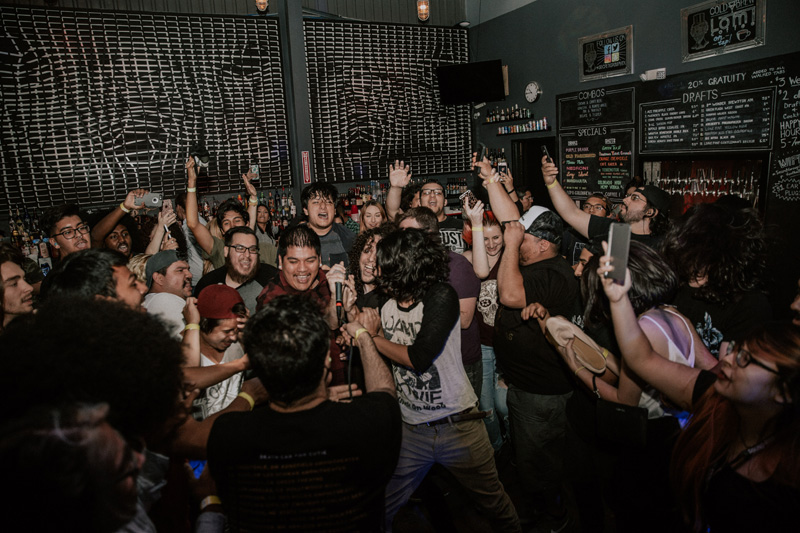 It's not often enough that we get to play floor shows, and every single one is an opportunity to connect on a very literal level with the people that make it possible for us to do what we do. 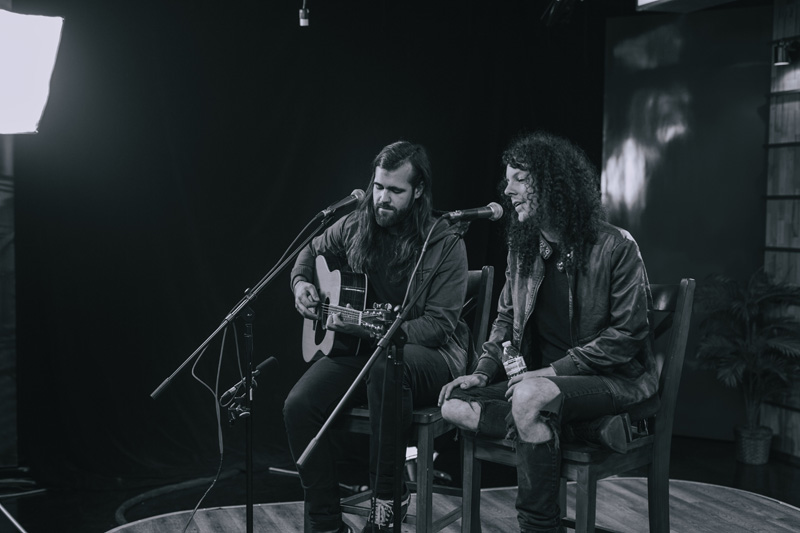 This marked our first-ever TV appearance. We sang a couple stripped down acoustic versions of two songs for a news station. We were right across from one of those fake kitchen sets where people pretend to cook and the host pretends to care about it. 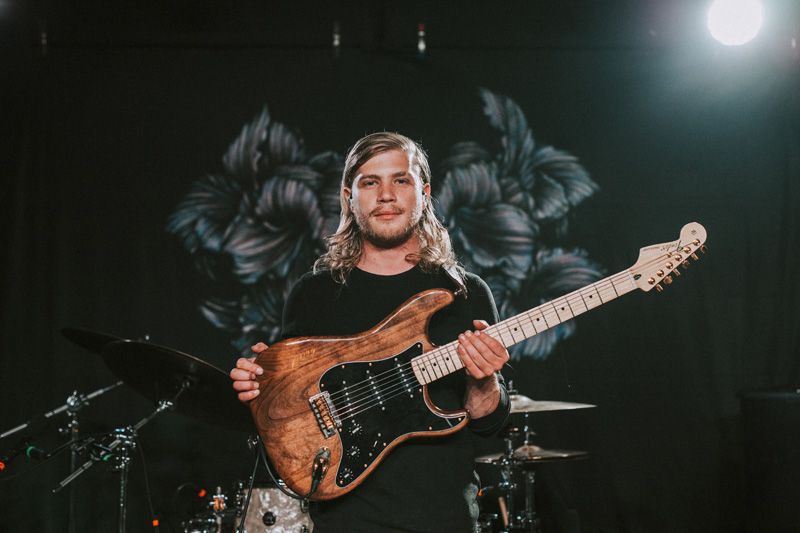 The day before I left for this tour, my grandmother who bought me this guitar passed away. She generously gifted me this guitar for my 18th birthday when someone stole both of my prized guitars out of my car. I was absolutely devastated, she knew it, and despite the lofty financial commitment a professional guitar is, she bent herself to see me happy. In recent years I had shelved the instrument, because my tonal tastes had changed and I needed a more single coil driven instrument to pull off our new music. I, of course, could have sold it and bought such an instrument, but it was too sentimental to me. So, I spent two months sanding, staining, replacing the pick-ups with the ones I need, in hopes of showing her how much the instrument meant to me. I finished it a matter of hours before getting the call. I loved it before, but the meaning of this guitar has changed and it will never leave my arsenal as long as I live. It is my tribute to a great woman, in loving memory of Tarry Crites. 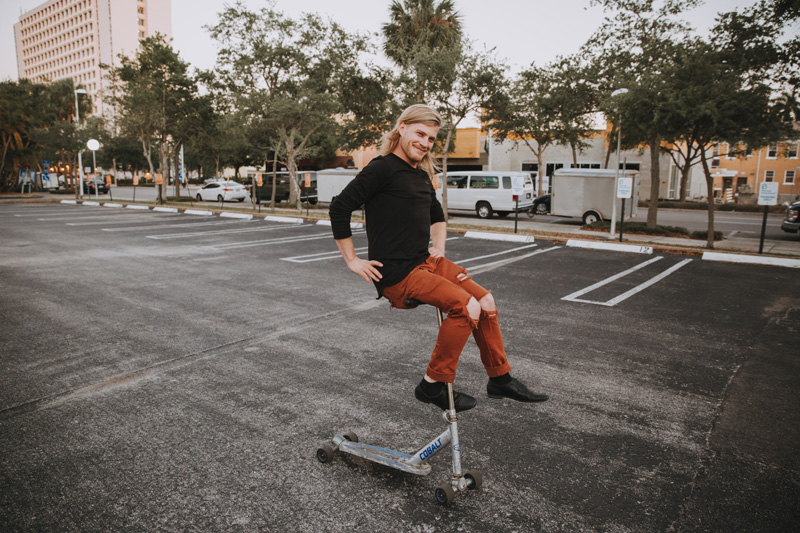 On a lighter note, this picture is proof that I am not one just a one-dimensional individual and have many other useless talents. I'm pretty sure I invented this scooter trick in like 1999, but was too young to achieve the massive fame it deserved. I probably feel like whoever invented the Stussy S thing that everyone drew in elementary school felt.