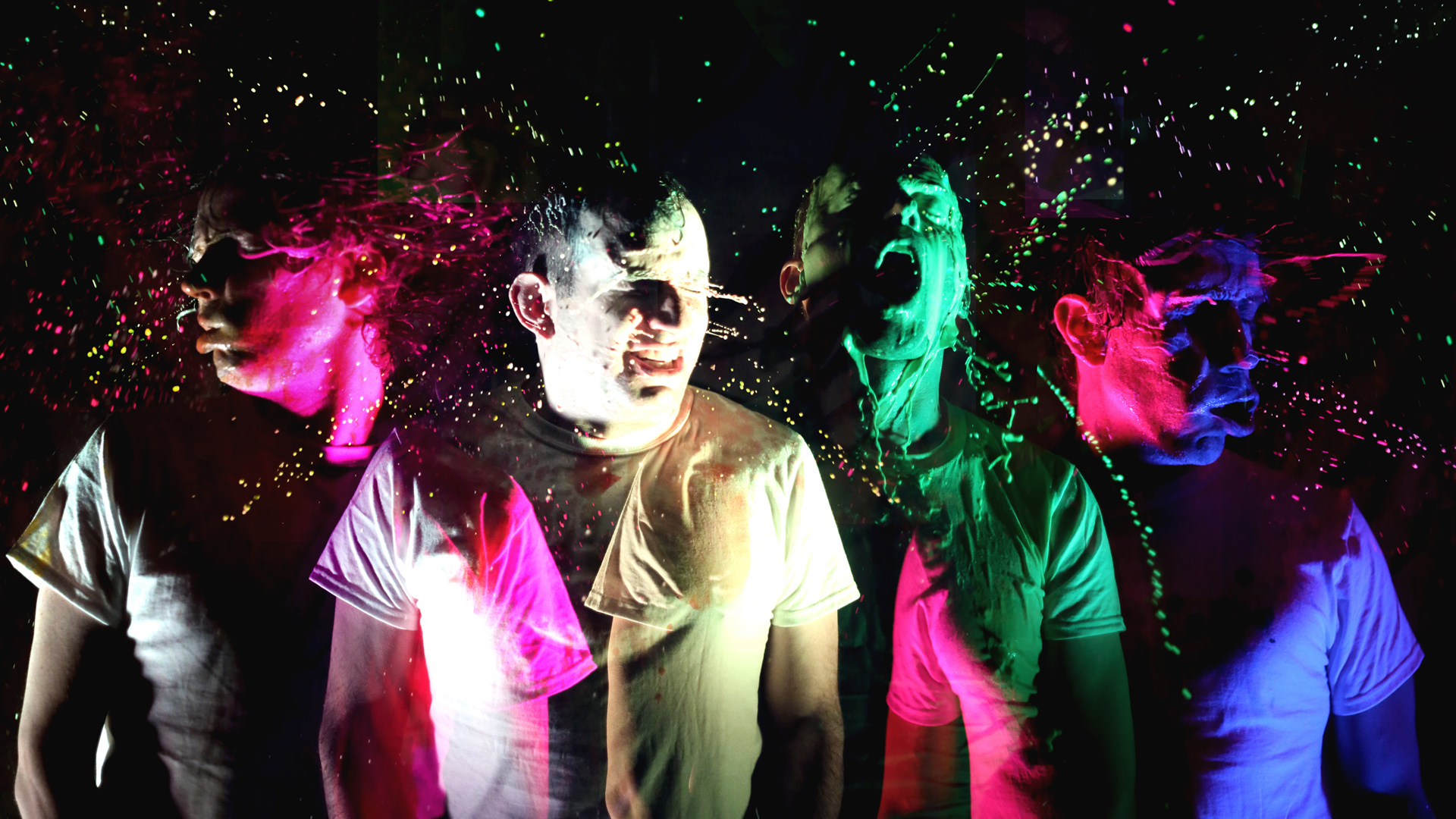 If albums received superlatives, !!! (Chk Chk Chk)'s Shake The Shudder would be crowned "Most Likely To Make You Stay Out Dancing 'till 6 a.m." The funk punk group's recent release represents everything the New York City natives stand for—fantastic bass lines, hard-hitting lyrics, and productions sent from above. Don't believe us? Press play on any of the LP's 12 tracks at your next party and watch what happens to the dance floor.

If you've seen the four-piece live, you also know how they get down onstage. Frontman Nic Offer lets his freak flag fly in the best way possible, owning the stage with each hip swivel, shoulder pop, and shimmy shake.

What more appropriate way, then, to chat with Offer about the band's new album than keep it aaaaall things dance-related. Check out the interview below, then make sure to track !!! on Bandsintown to see them on this run, which will be hitting cities across the country through the end of July.

Your new album, Shake The Shudder, is fantastic. Which song off the LP are you most most excited to dance with your fans to on your upcoming tour?

We just started playing "The One 2" and it has been really fun to play. The drops are f%*^#ng huge.

You’ve said that Shake the Shudder is a “fancy way of saying ‘shake it off and dance your cares away.'” What’s the fanciest dance move in your arsenal?

Jazz hands are pretty basic but looks amazing if you use it right. Try spinning jazz hands, or jazz hands circling all the way up around your head, so the people in the cheap seats can see you.

The choreography for the “The One 2” video is en pointe. What’s your favorite move the girls break out in the entire vid? Will you be recreating parts of the routine on tour?

I don't know that I'm able to pull off what those girls can do.

The LP was grounded in Barcelona jam sessions. What city has the best dance party?

It's always a tough call whether it's Madrid or Barcelona. They each think they're better than the other, but I have a hard time telling who actually goes harder. I love them both.

“Dancing Is The Best Revenge” features four incredible Queens. What’s the best thing that you learned from that shoot?

You won't think about how the heels hurt once you start dancing.

The Running Man, the Percolater, the Stanky Leg, the Superman, the Bankhead Bounce—if you to had do one of these moves at every show for the rest of time, which would it be?

I think the Bankhead Bounce looks pretty good. I'll work on it.

You’re never one to shy away from cutting a rug onstage. Ideal clothing to support said movements?

I'll tell you what, last weekend, I had to dance in the sun in my jeans and it f%*^#ng sucked. I wanted my shorts so I recommend those, but it's also good to have something you feel like you look great in. It's fun to have something you can kinda play with, use as a prop, like a cape, long jacket, flowy dress, or something with fringe hanging.

If you could take one of your onstage personas out for a date night, where would you go and what would you do?

Well, I thought Nicole Fayu looked great in the dancing is the best revenge video, but Laetitia has got the sweet French accent...I think I'll go with her. Take her out and sit by the river, stare at the skyscrapers, and wish on stars on something.